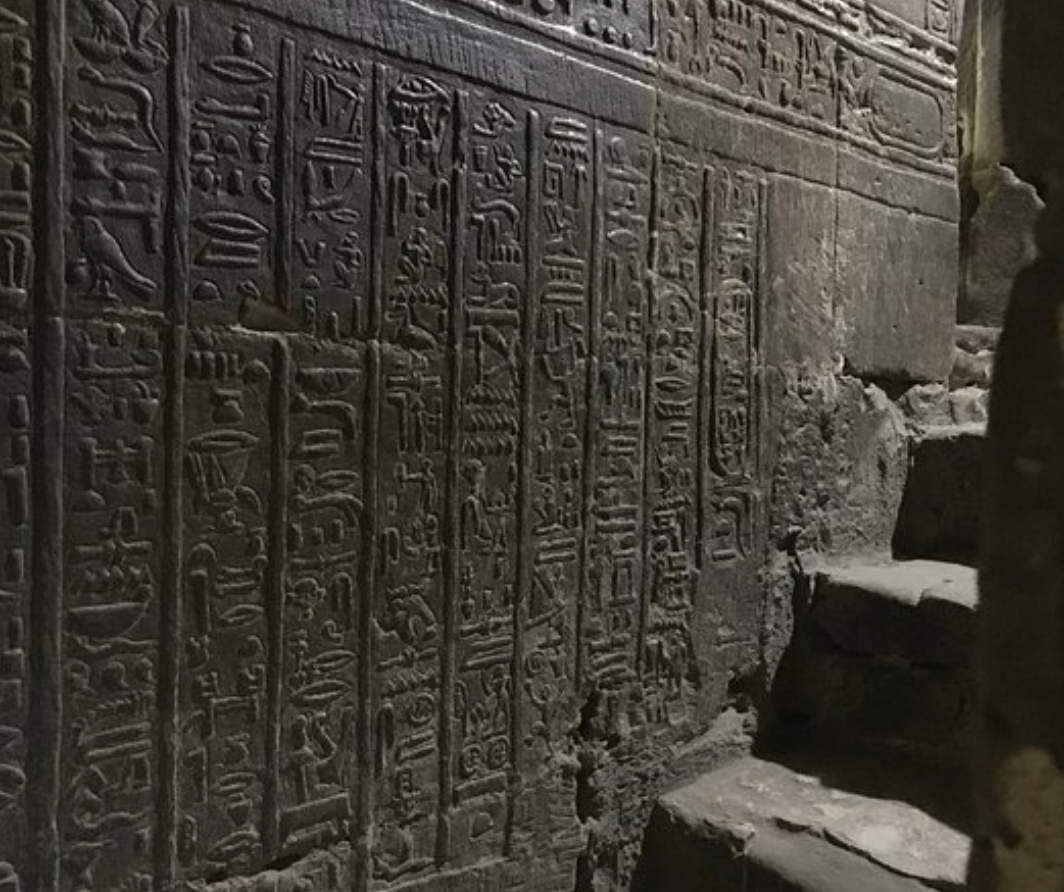 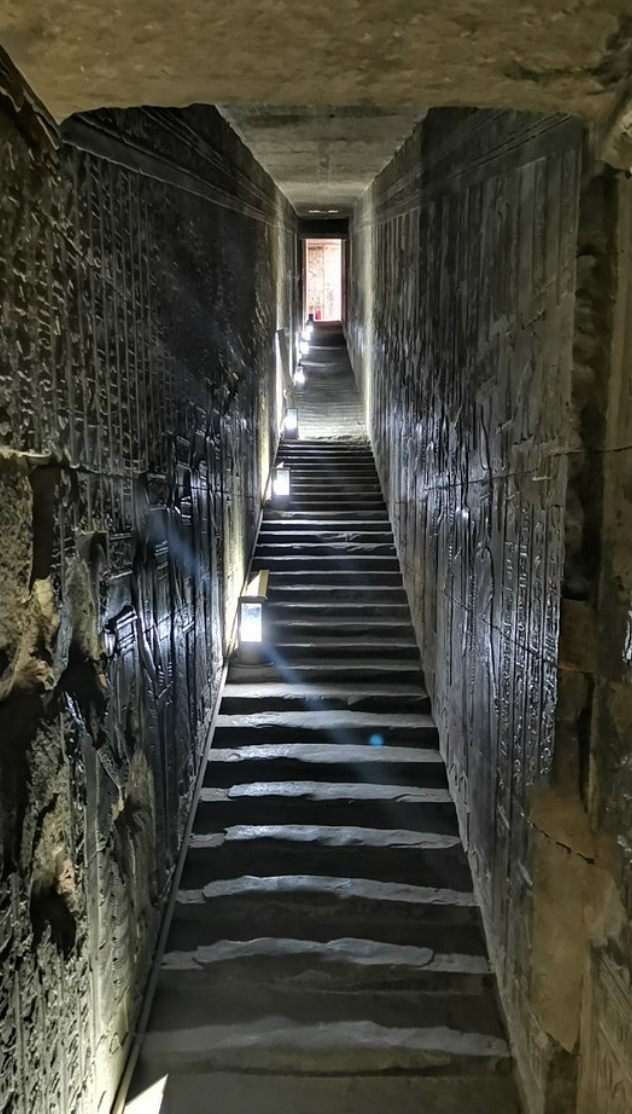 Staircases to and from the Roof

Inside the Exterior Walls of the Temple are the staircases which go up and come back down from the roof area.

The Western staircase was used to ascend to the Roof as shown by the figures carved into its Walls: Relief Figures showing Priests and Pharaohs climbing the stairs to attend the New Year Festival.

The Pharaohs and Priests are then shown returning back inside the Temple via their Reliefs carved into the Walls of the Eastern staircase.

This is also the way which the Statue of Goddess Hathor would have reached the roof when she left her “home” in the Inner Sanctum of the Temple to ‘sleep’ in the Chapel on the Roof for the New Year Festival’s sun rise. 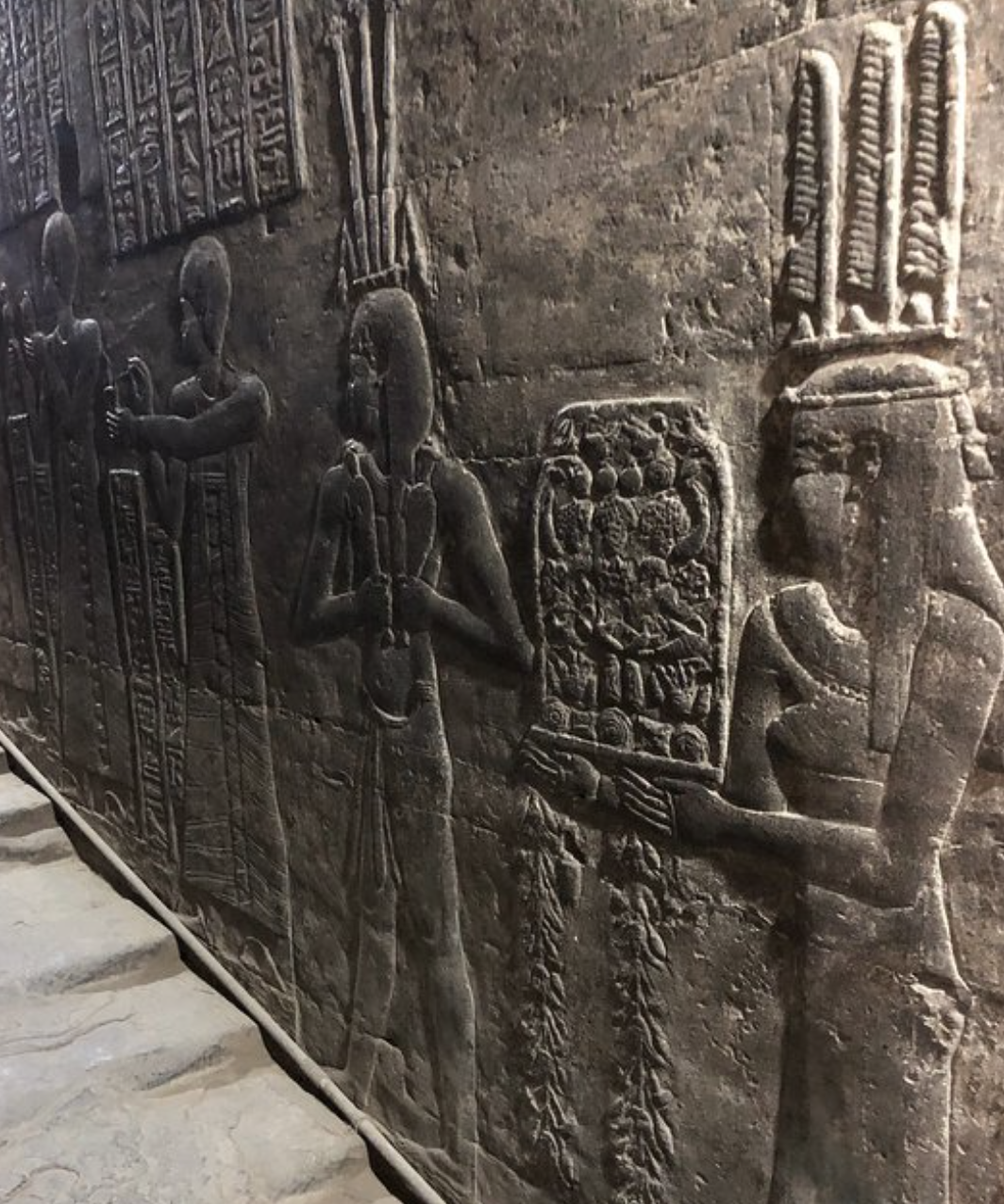 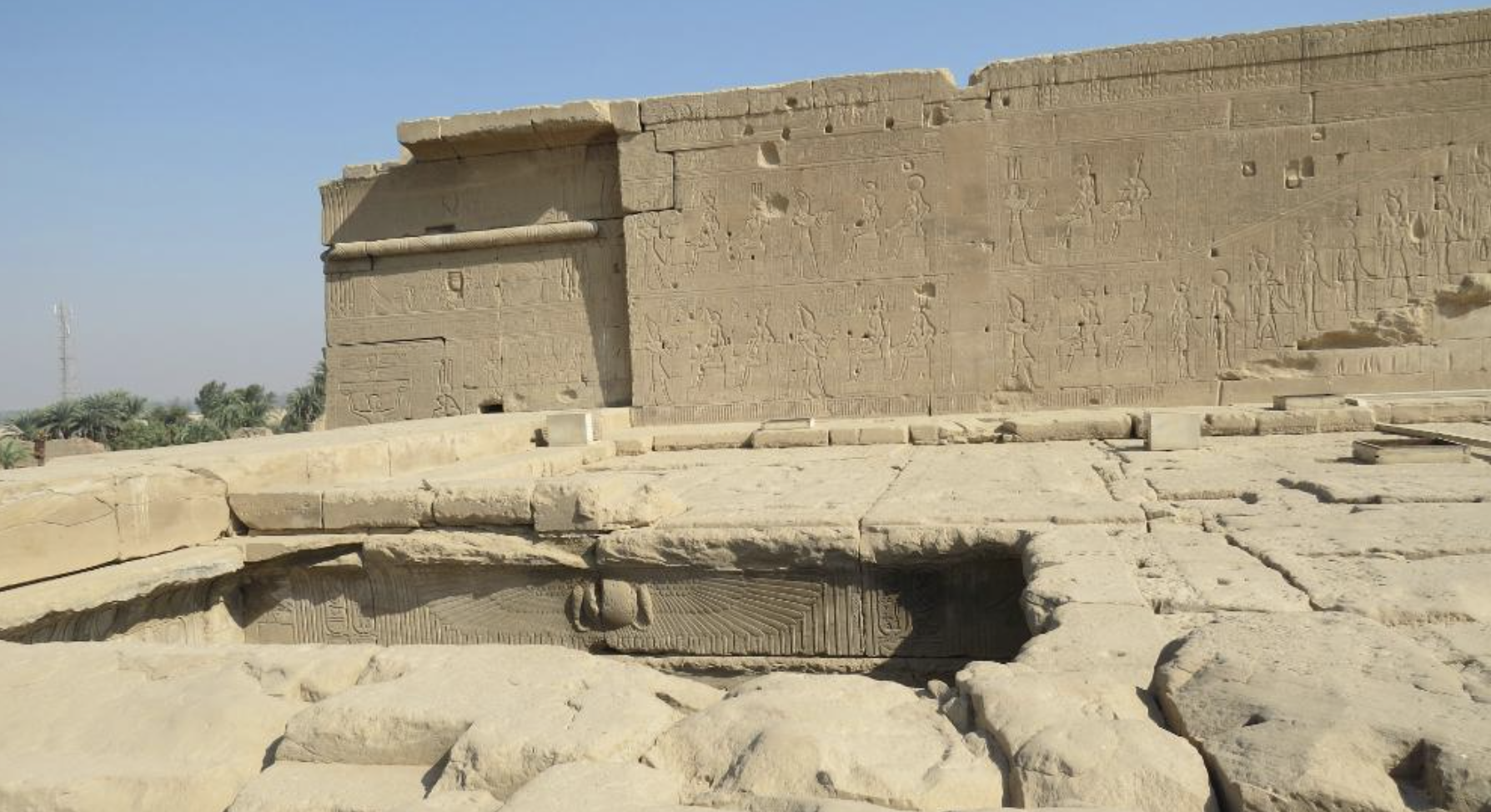 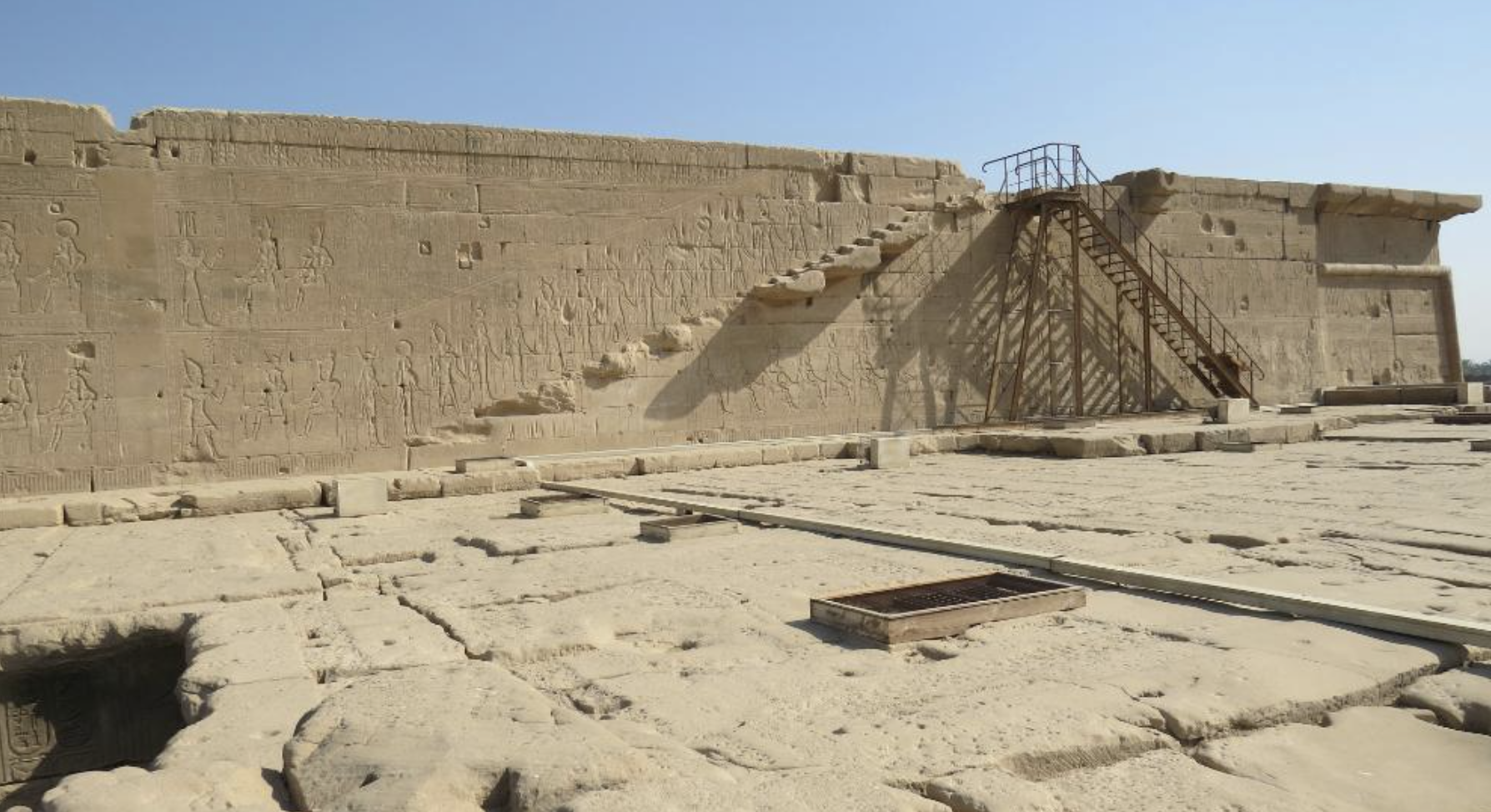 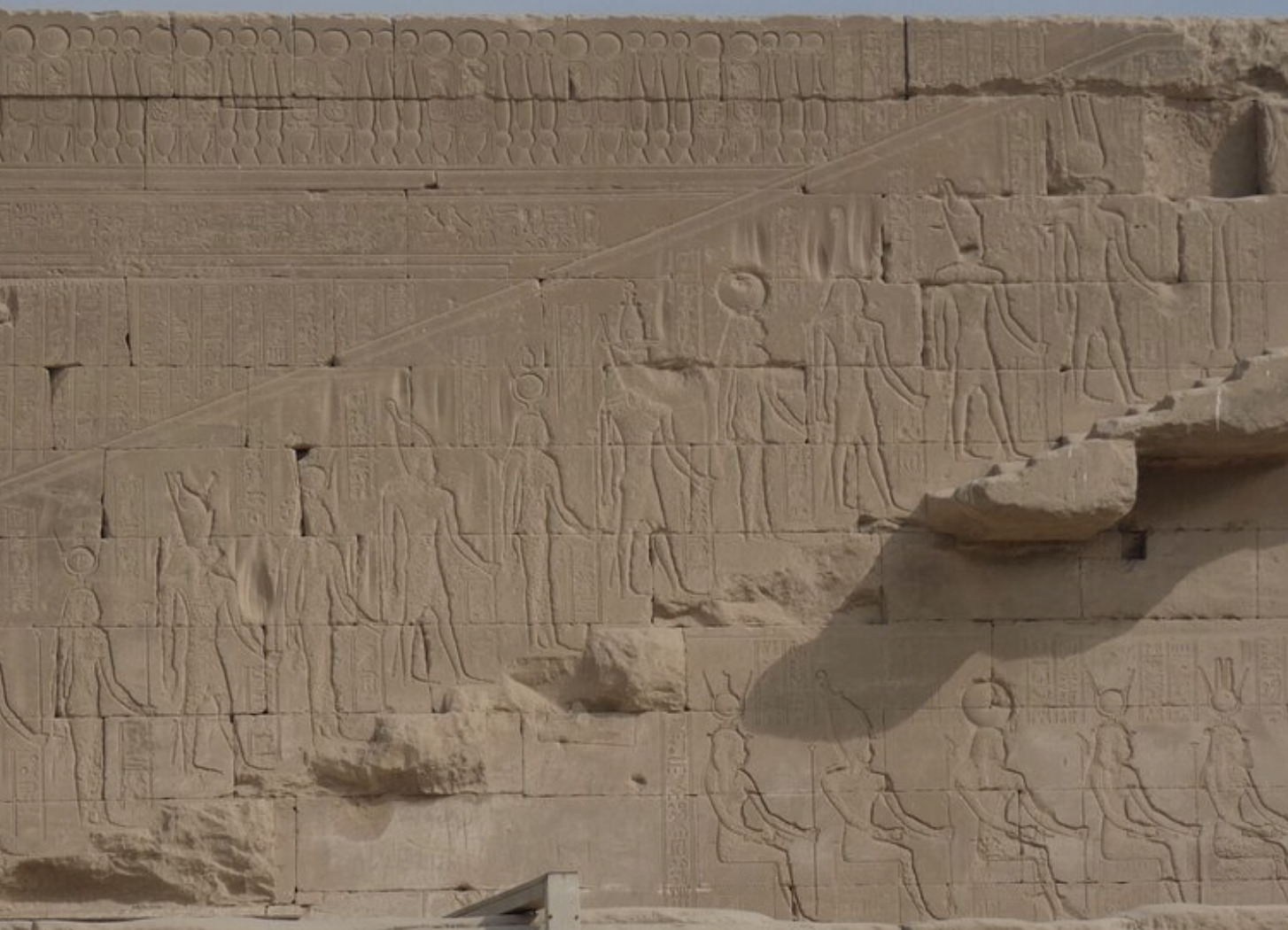 In the corner of the Roof is a Kiosk which has 4 Columns on each of its sides which are topped with images of the Goddess Hathor and was the area where the Goddess met with the Sun Disk.

The Goddess Hathor’s Chapel for the Air and Sun 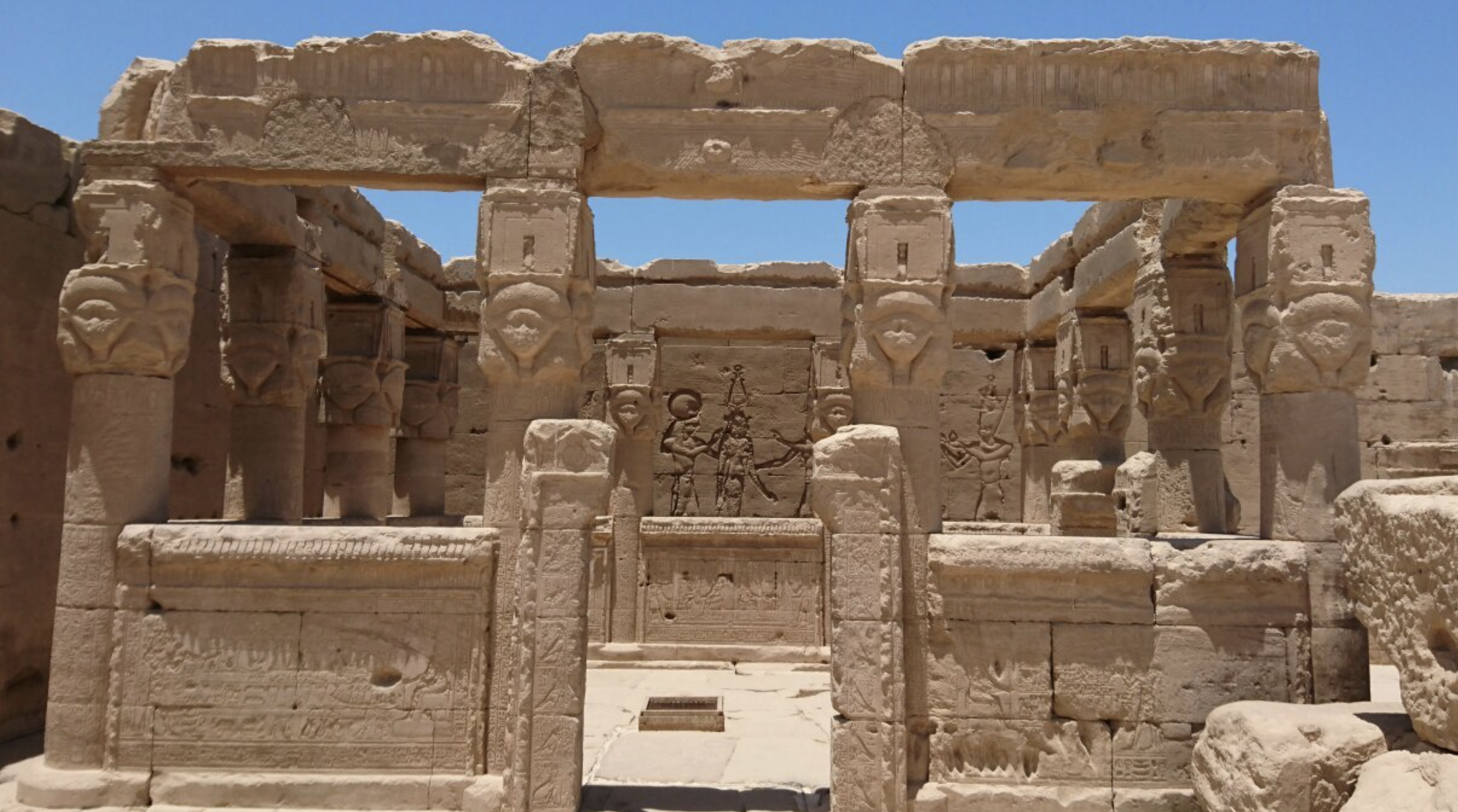