Who: Tradition upholds that Christianity, and the birth of Coptic Cairo, came from the introduction of Christianity to Egypt by St Mark during the rule of Emperor Nero, the Roman, from 54-68 AD

Note: The Coptic Museum holds the World’s best collection of Egyptian Coptic artefacts and is located in the Coptic Area of Cairo

Mary, Joseph and an infant Jesus visited the now named Coptic Christian Area of Cairo, during their Flight into Egypt when they were seeking refuge from Herod; who ordered the first born son
of each family be killed.

The family are believed to have stayed at the Church of Saint Sergius and Saint Bacchus, known by the locals as Abu Serga, where they rested in the Crypt and from where Joseph may have sought work from as a carpenter to supplement their income during their Journey. 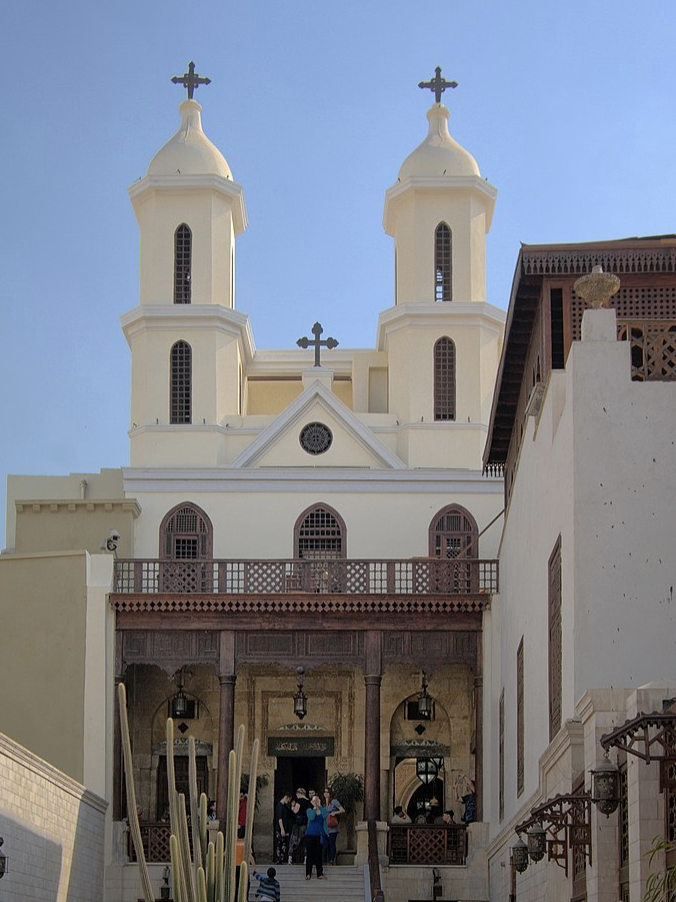 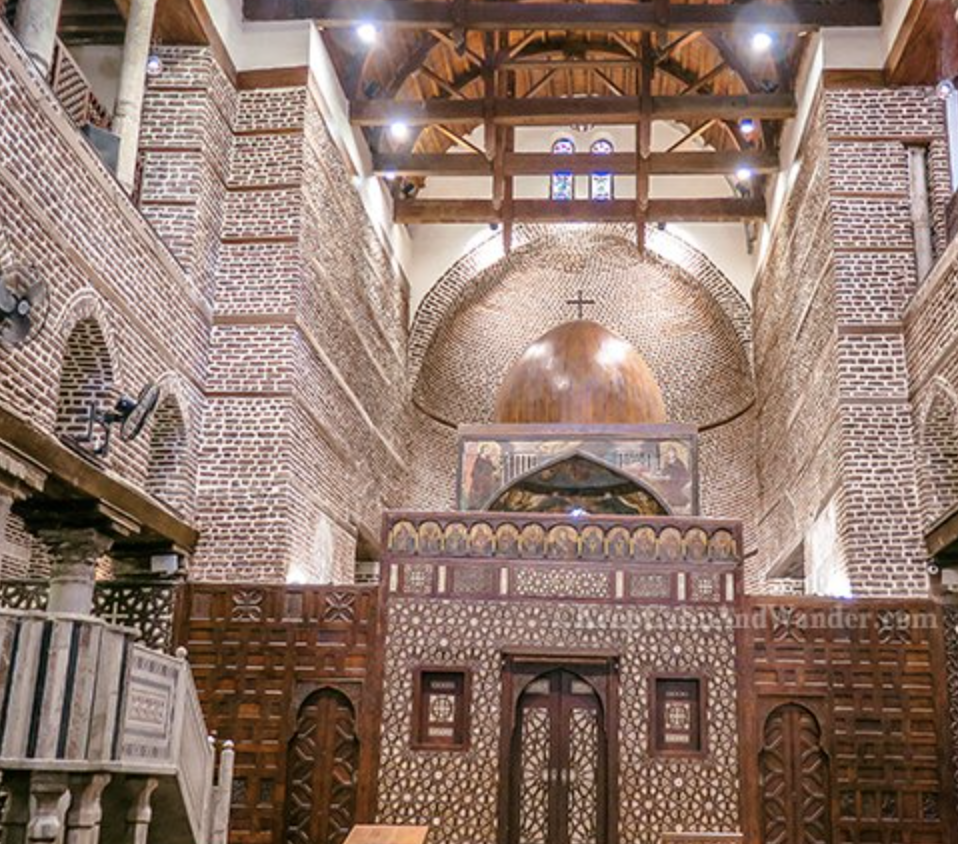 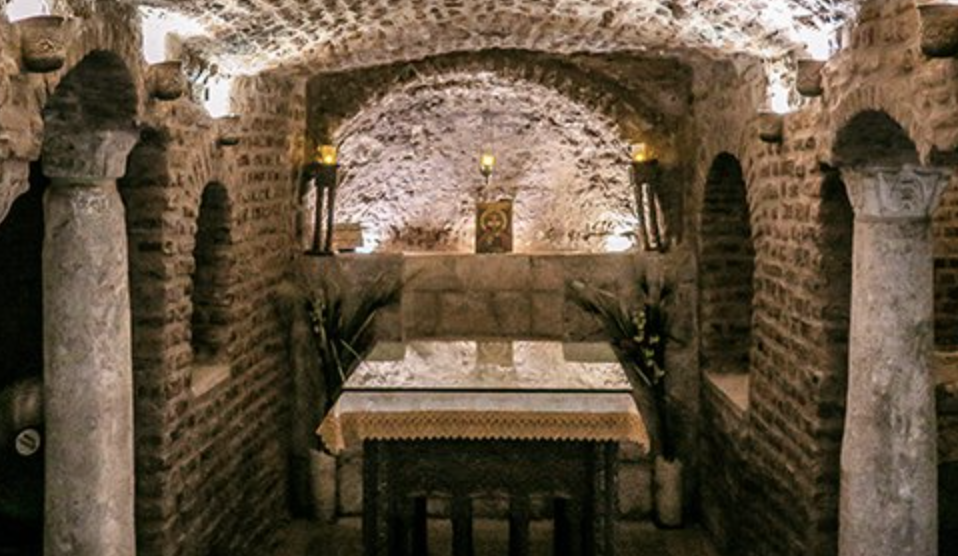 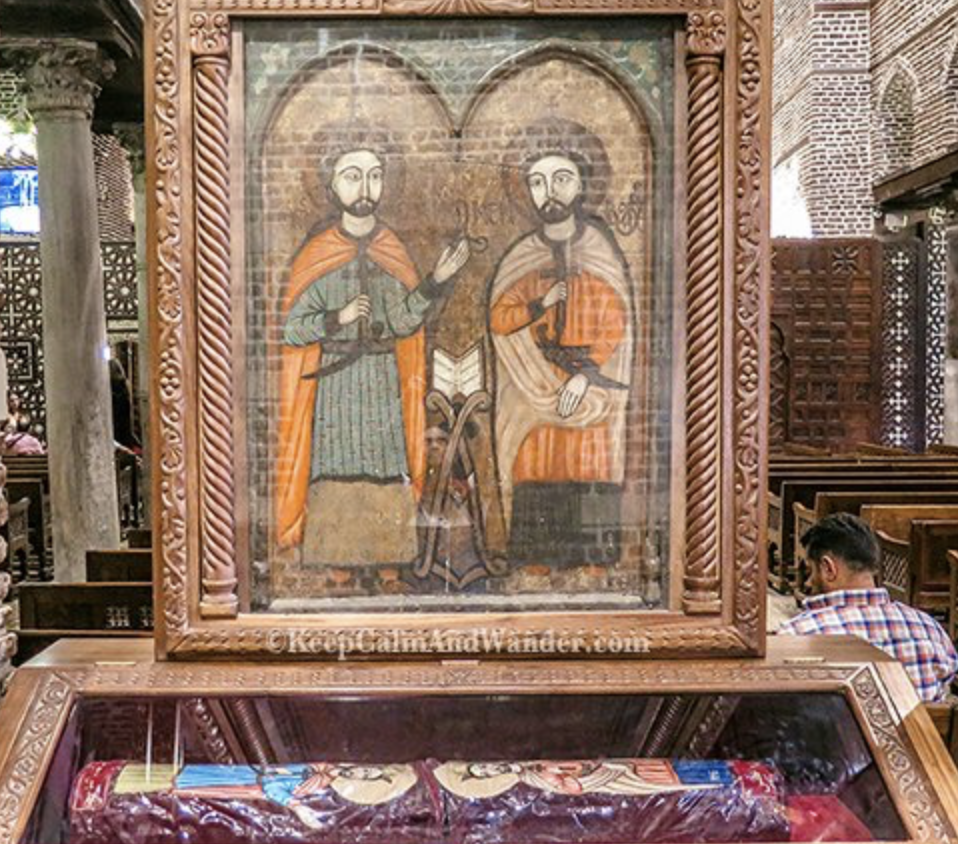 Images and Relics of Saint Sergius and Saint Bacchus 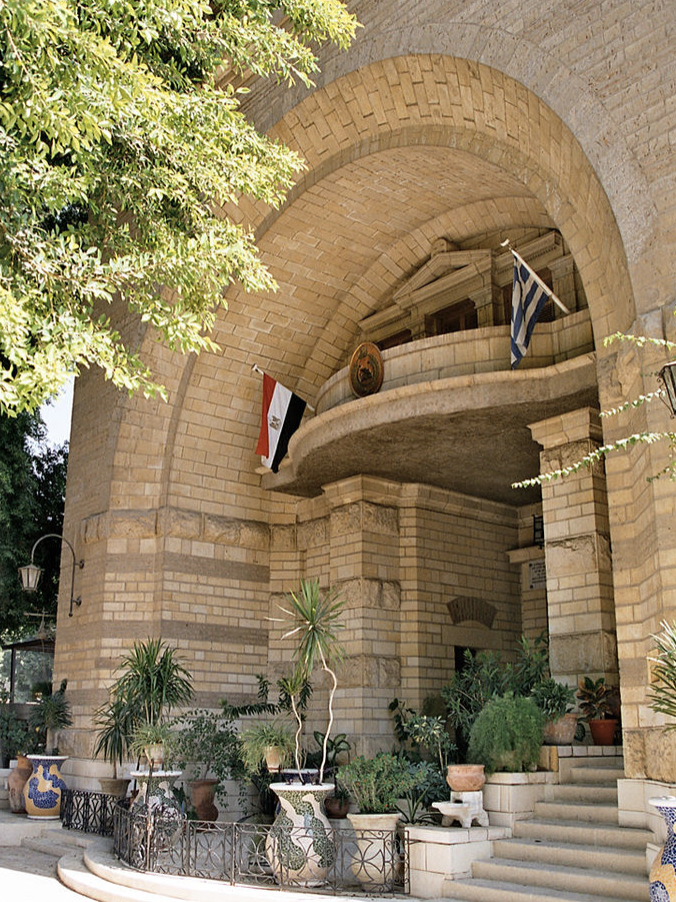 After being persecuted by the Romans who were ruling Egypt, during Arcadius’ rule; 395-408 AD; Churches sprang up in Old Cairo.
The Copts continued the erection of Churches in the old fortress area of Old Cairo during early Arab rulers.
Coptic Cairo became the official seat of the Coptic Pope in 1047 at the Hanging Church; the Holy See of St Mark from whom the Coptic Pope is the legitimate successor according to their Church.
Coptic Cairo remains a hugely Christian area although over time the spread of Christians throughout Cairo means that they live as supported neighbours with Muslims and Jews in this multi-religioned City.