What: The Cult of Isis, in an earlier form, the “Cult of Osiris”, they were the trio of deities primarily supported in Egypt throughout the Pharaonic time

Where: Chief home and place of worship was at Abydos and then the Isis Temple, Philae Island

When: Old Kingdom period right through to beginning of Christianity 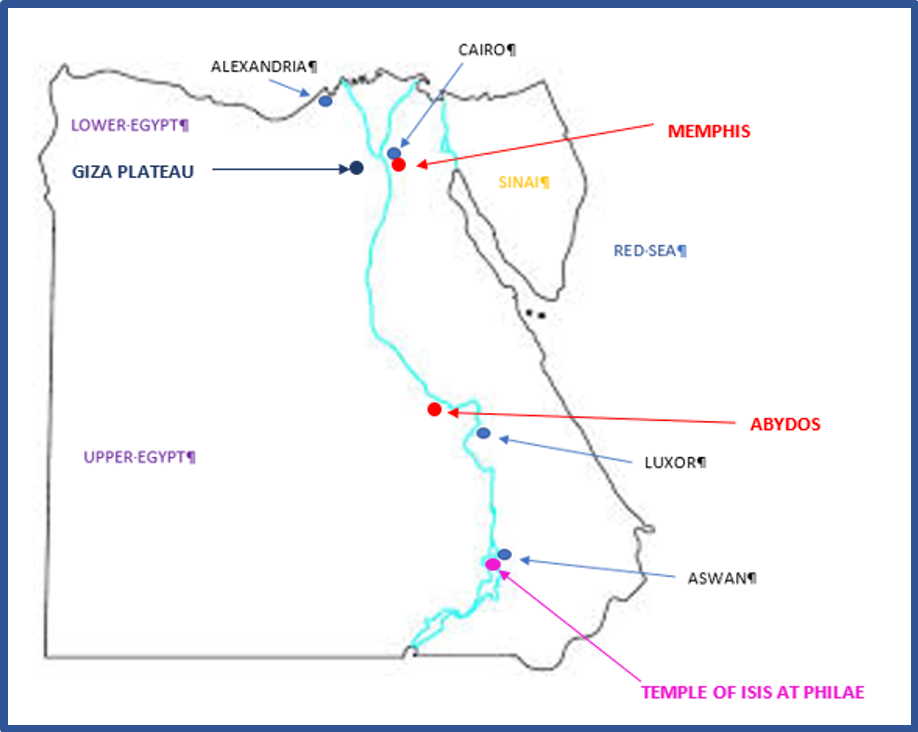 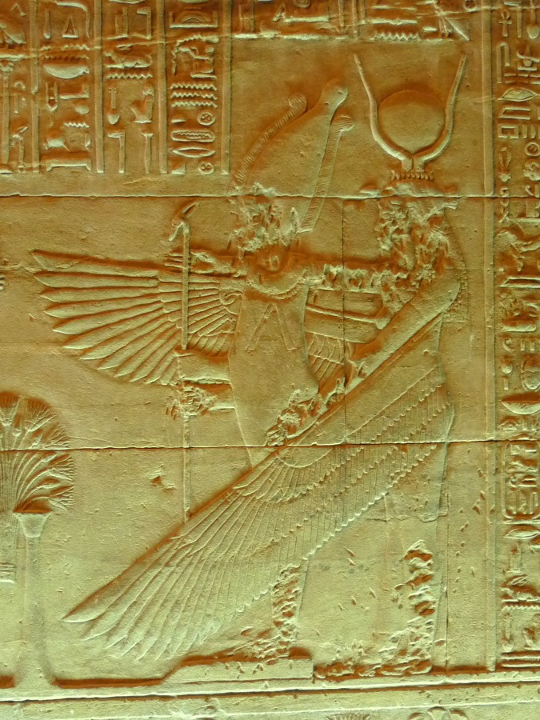 “Lady of Heaven”, The Mythological Mother and Wife of Pharaohs, “Mistress of life, ruler of fate and destiny”

Deity of: Protectress of the Kingdom from its enemies, governess of the Skies and the Natural World, Patroness of Women

Symbol: Tyet – a looped shape similar to the Ankh added her protection to the wearer

Depicted as: Human woman wearing a Sheath dress, holding a staff of papyrus in one hand, and an ankh sign in the other, with a throne-like hieroglyph on her head. During the New Kingdom she was drawn wearing Goddess Hathor’s headdress: a sun disk between the horns of a cow

Book of the Dead: Goddess Isis protects deceased souls as they face the dangers in the Duat and assists God Osiris in judging souls’ moral righteousness

Funerary Texts: Goddess Isis is shown mourning God Osiris and was said to have written one of the Books of Breathing for him

“He Who is Permanently Benign and Youthful”, “Lord of Silence”, “Lord of the Sky” and “Life of the God Ra”

Deity of: Fertility, Agriculture, the Afterlife, the Dead, Resurrection, Life and Vegetation. He judged the dead and oversaw the underworld that granted all life 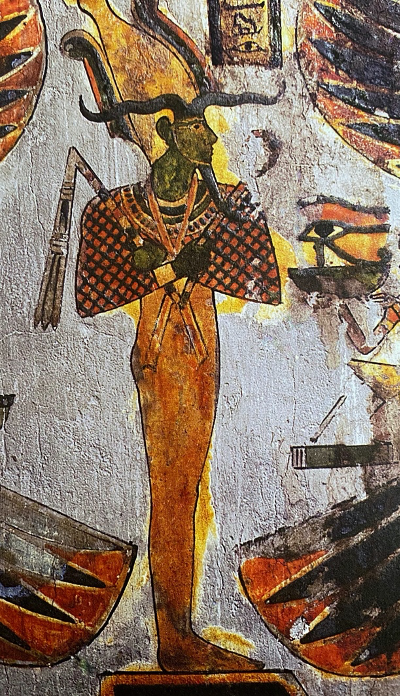 The Stela of Ikhernofret records the 5 days of the Festival of Osiris:

The First Day              Procession of God Wepwawet, the “opener of the way”
The re-enactment of the battle between Osiris and his enemies in which the enemies are soundly defeated

The Fourth Day           Night Vigil
Prayers and recitations are made, and funeral rites performed

The Fifth Day             God Osiris is Reborn
He is reborn at dawn and crowned with the crown of Ma’at. A statue of Osiris is brought to the temple 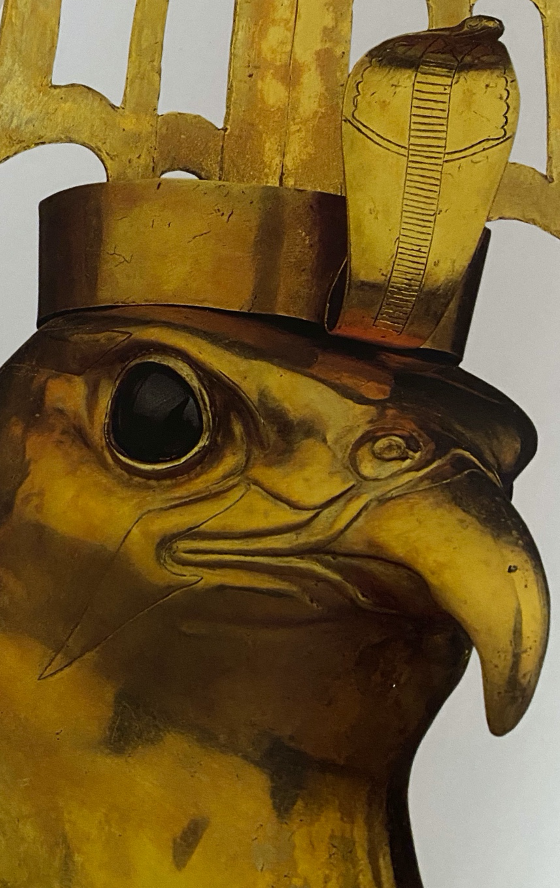 The distant one, the one who is above

Deity of: Kingship and The Sky, the Sun being his right eye and the Moon his left

Depicted as: Full Falcon through to a falcon-headed man wearing the Double Crown of all Egypt

Symbols: Eye of Horus – symbol of protection and royal power from deities: known as “Wadjet” and created to protect the Pharaoh in life and in the afterlife, all the while, warding off evil