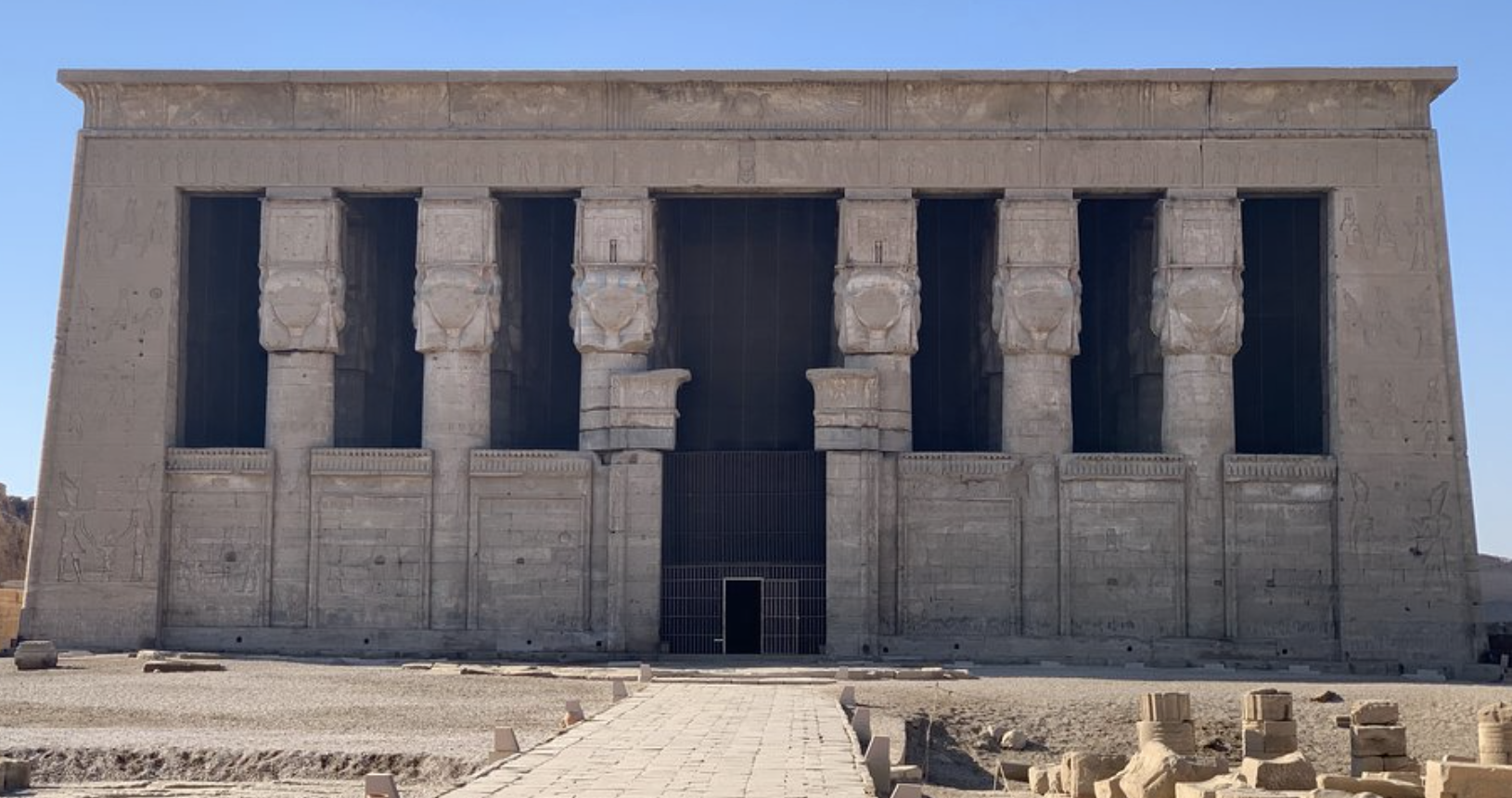 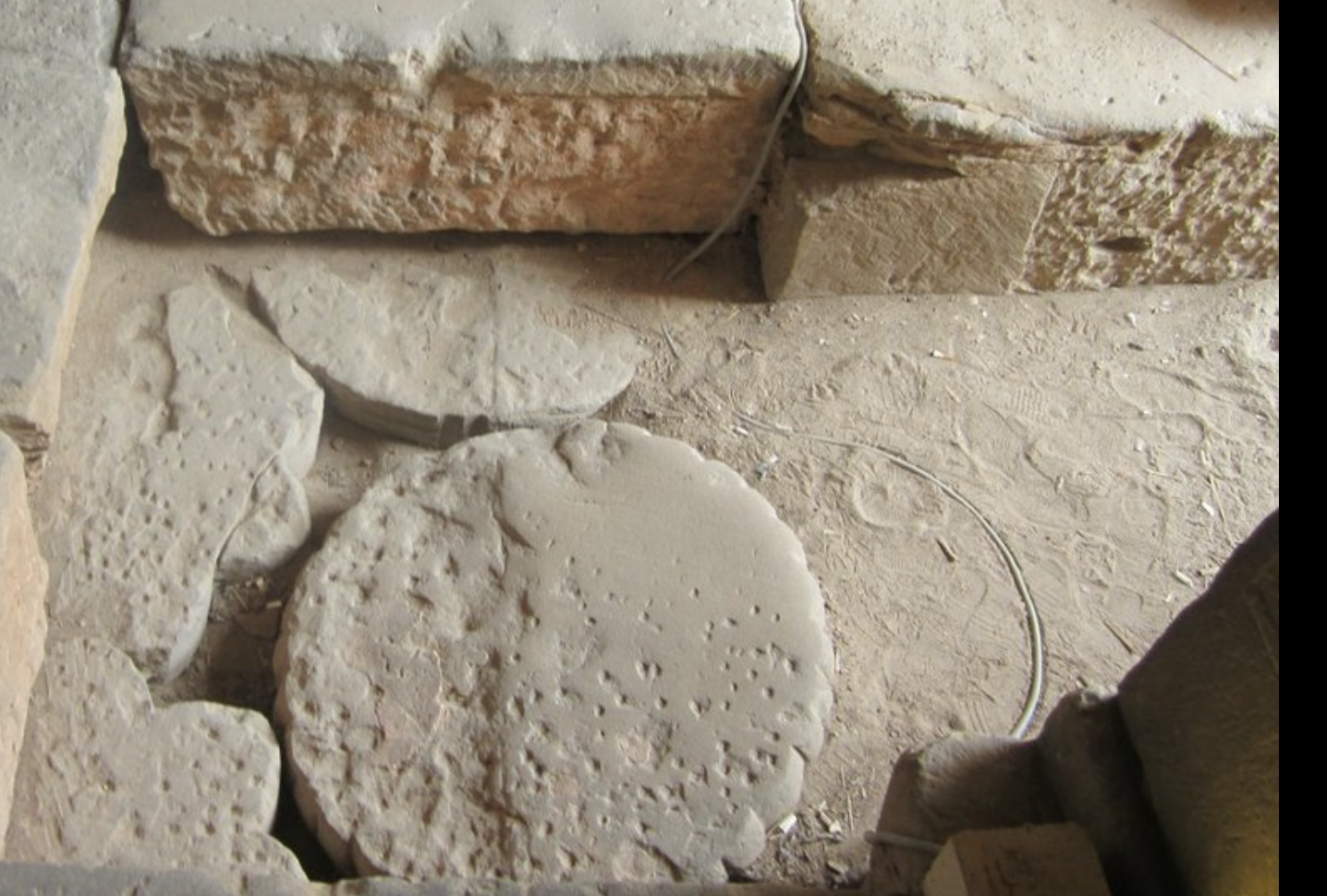 The Temple’s Back Wall

The Hieroglyphs on the exterior wall of the Temple are fabulous in their depiction, height and visual impact on the viewer. To a religious Ancient Egyptian, seeing these, even from a distance would have been striking.

At the Temple’s rear, the Wall has its own False Door where the Goddess Hathor was known to listen to the prayers of the general populace as only the Priesthood and members of the Royal Court and Royal Family were allowed inside for the majority of the Ancient Egyptian Era.

You can clearly see the “wear” on the Wall from use whilst the image of the Goddesses Crown remains with the Sun Disk between the Horns of her animalistic Cow form.

The other Deities are depicted on the Wall supporting Hathor with their own Crowns and Staffs. 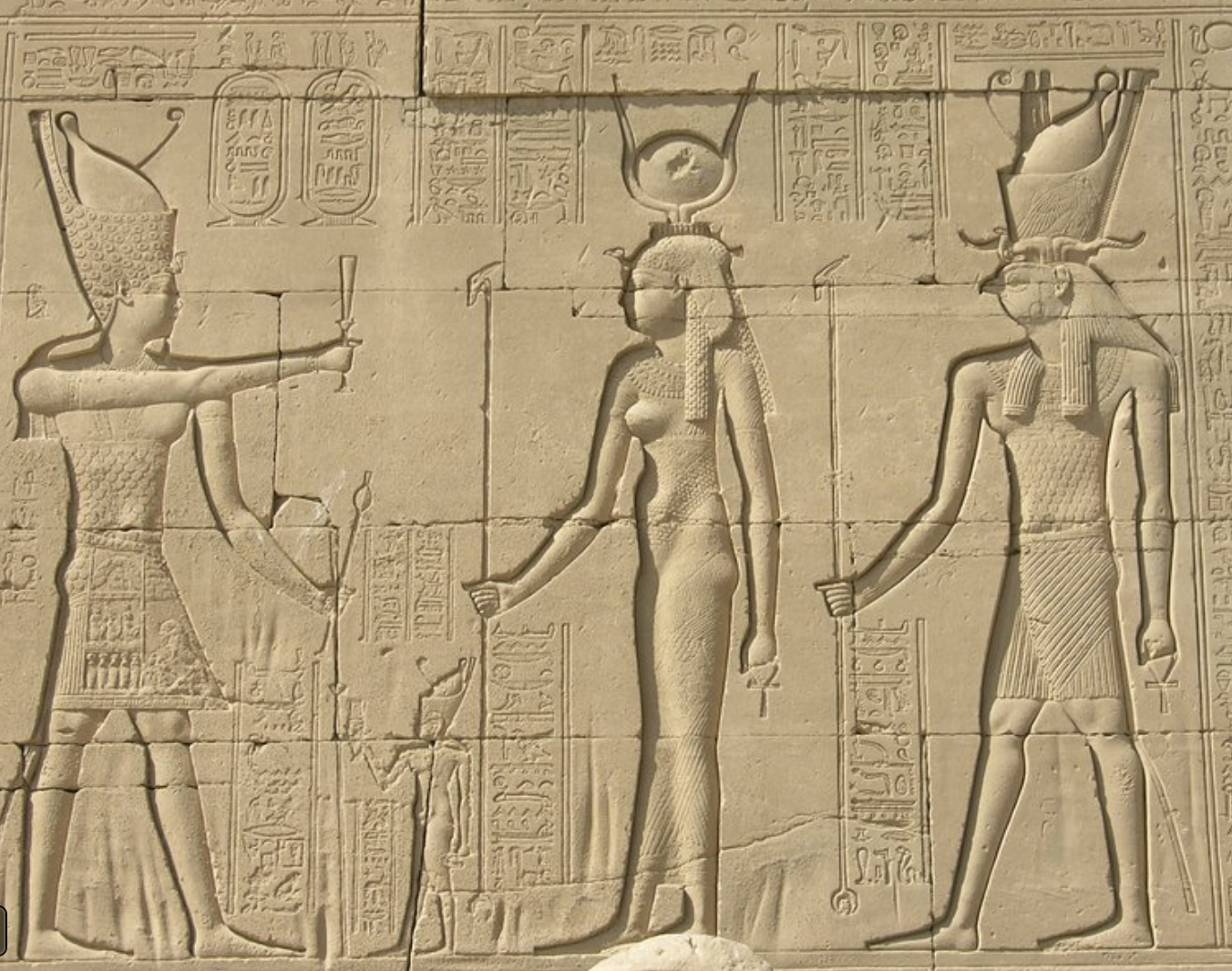 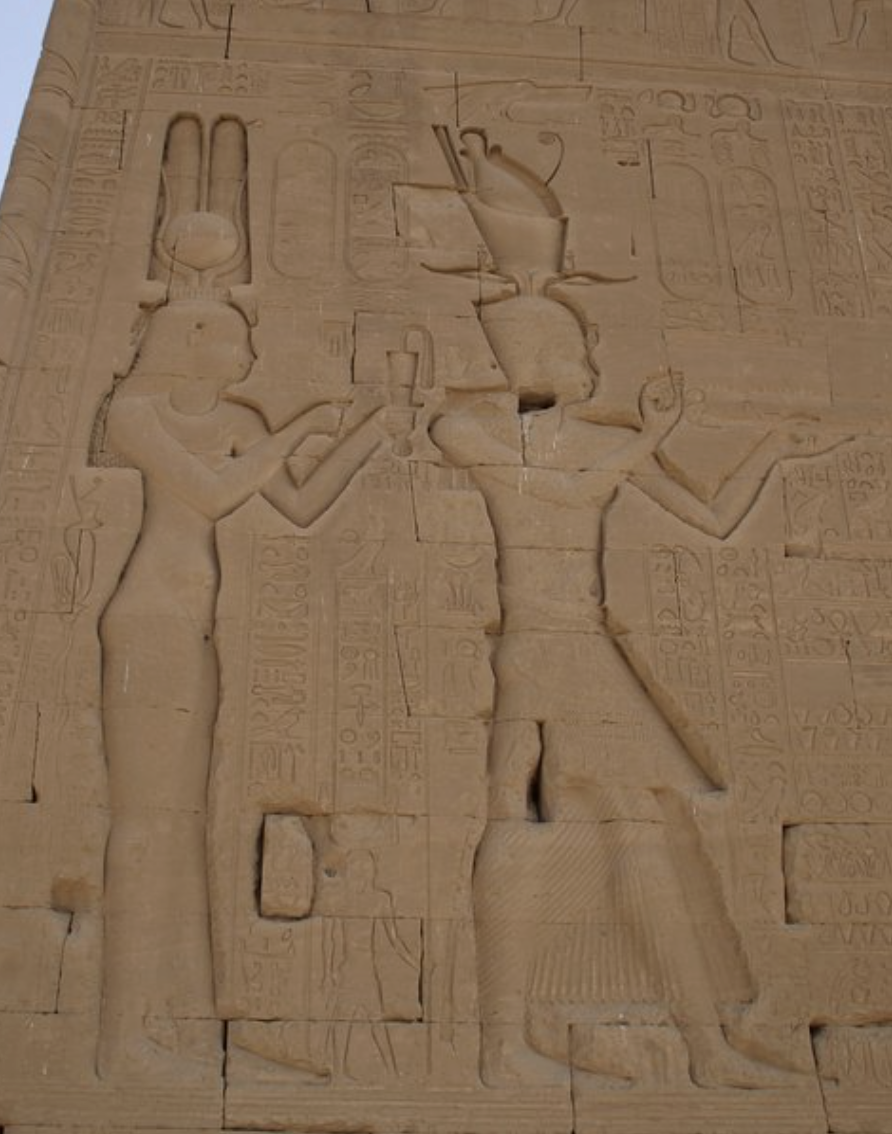 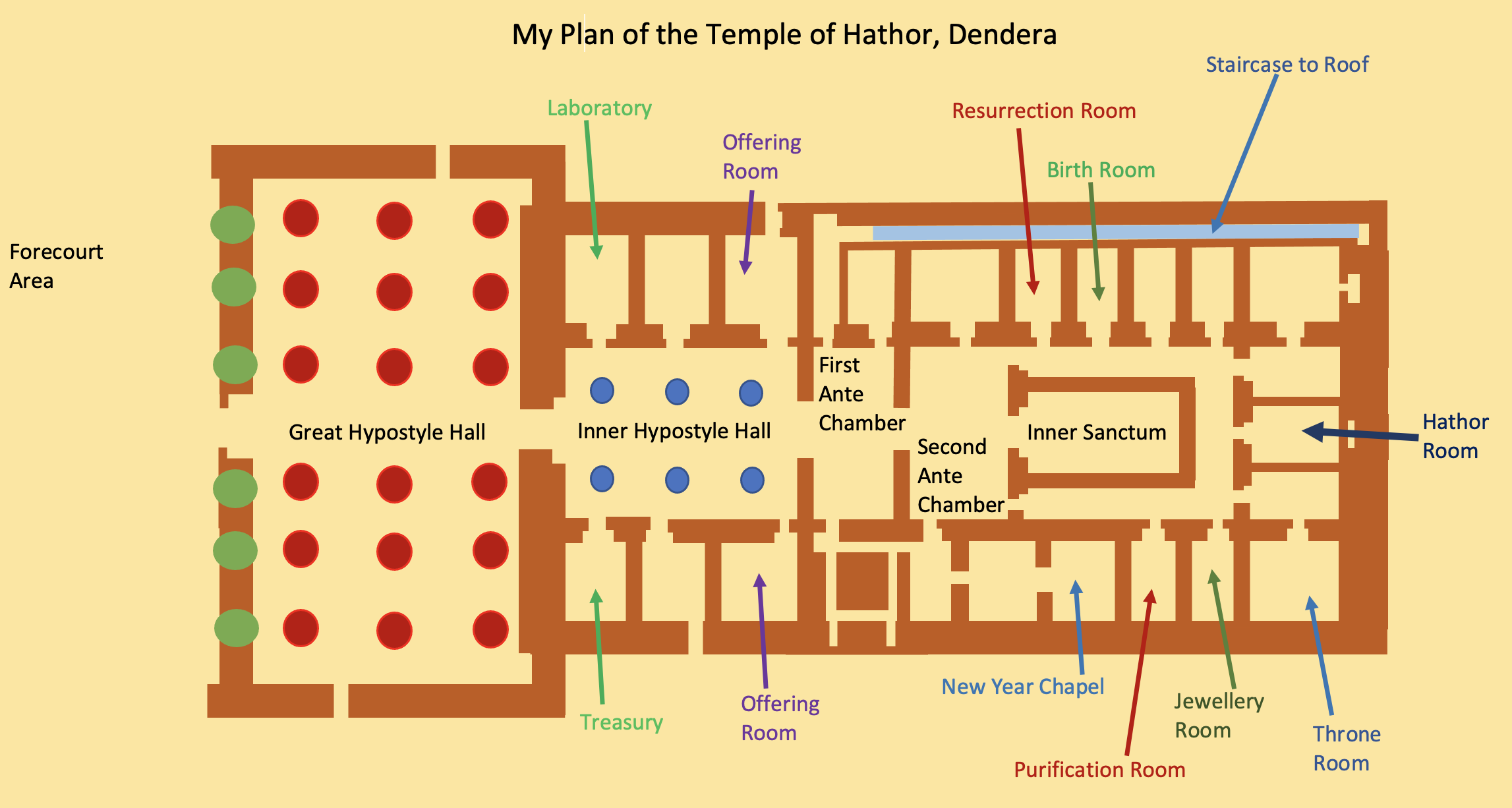