Interior of the Great Temple 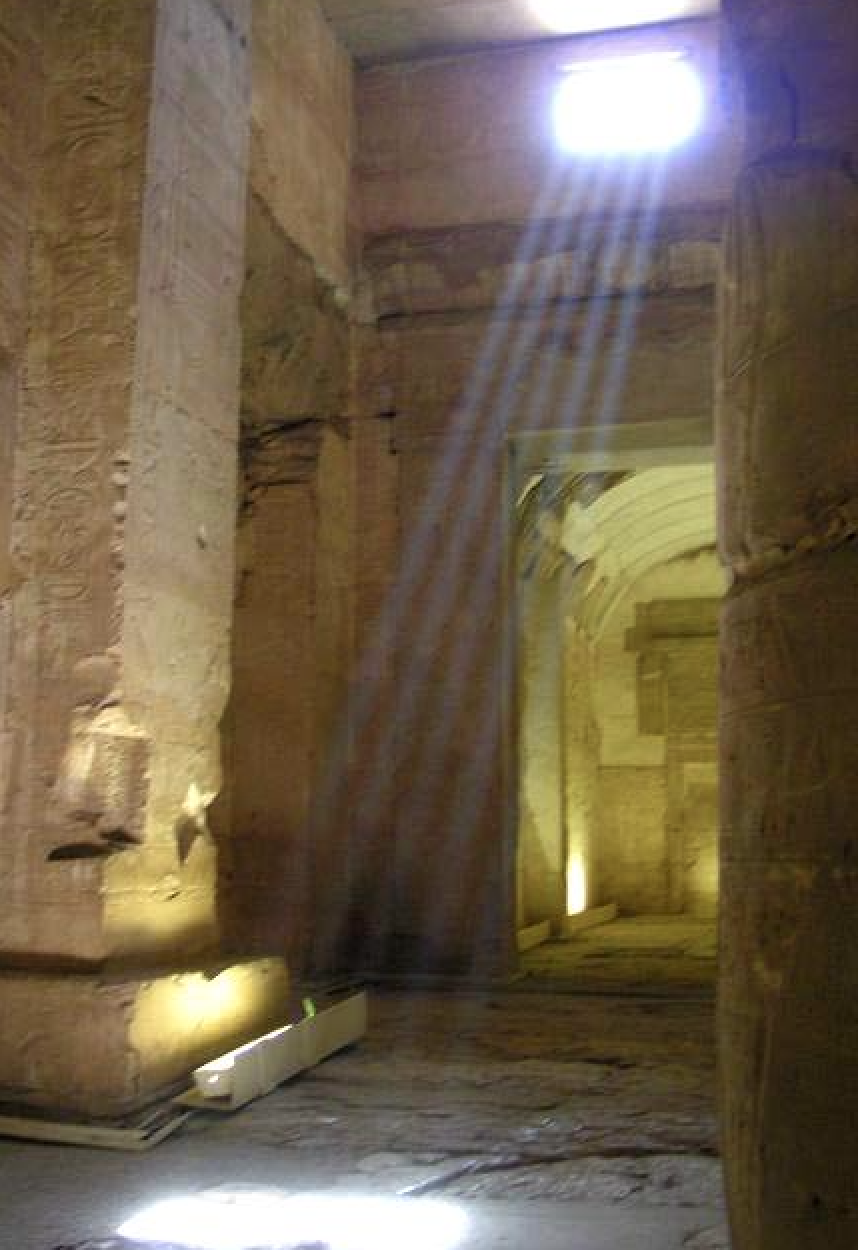 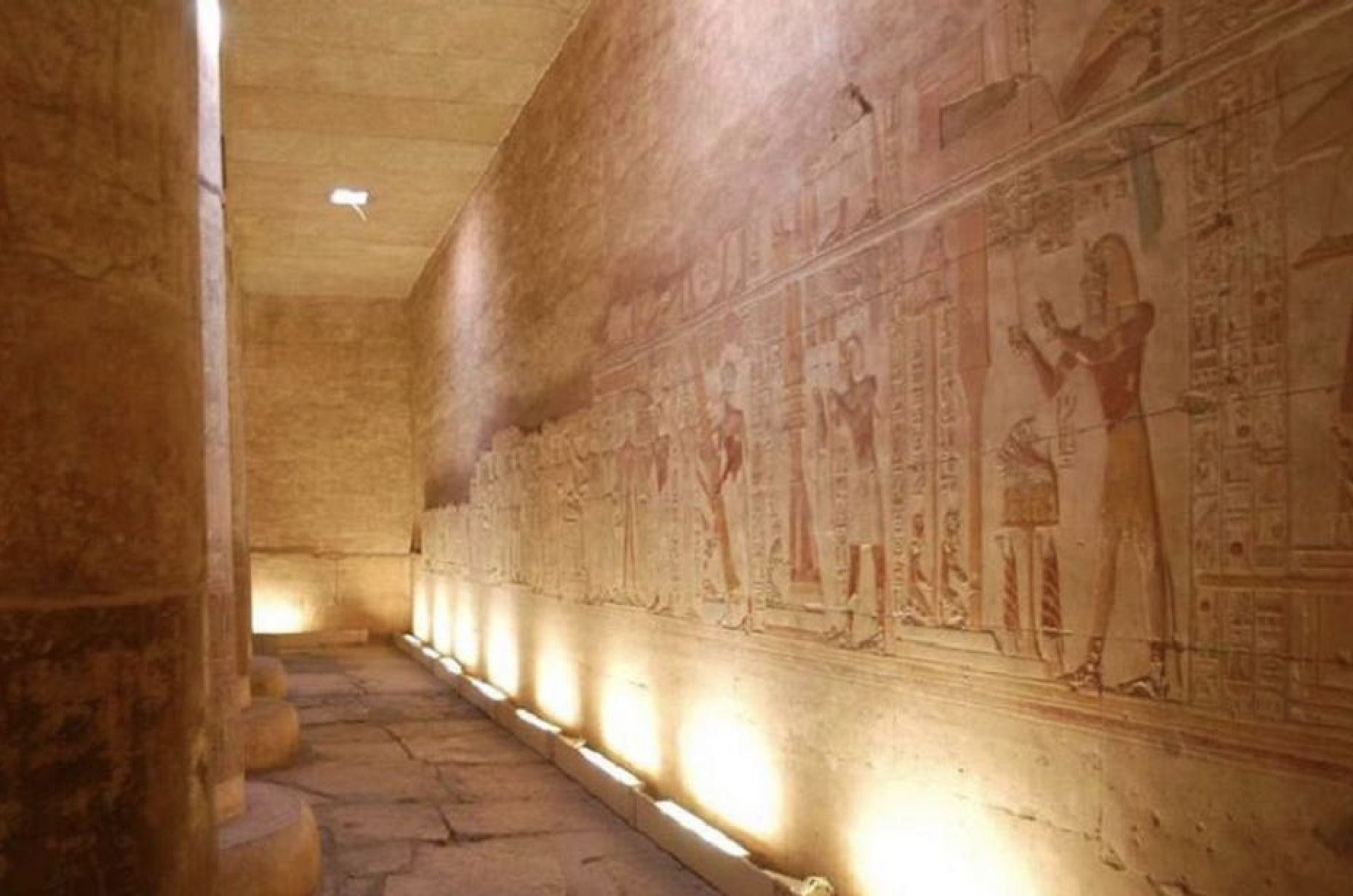 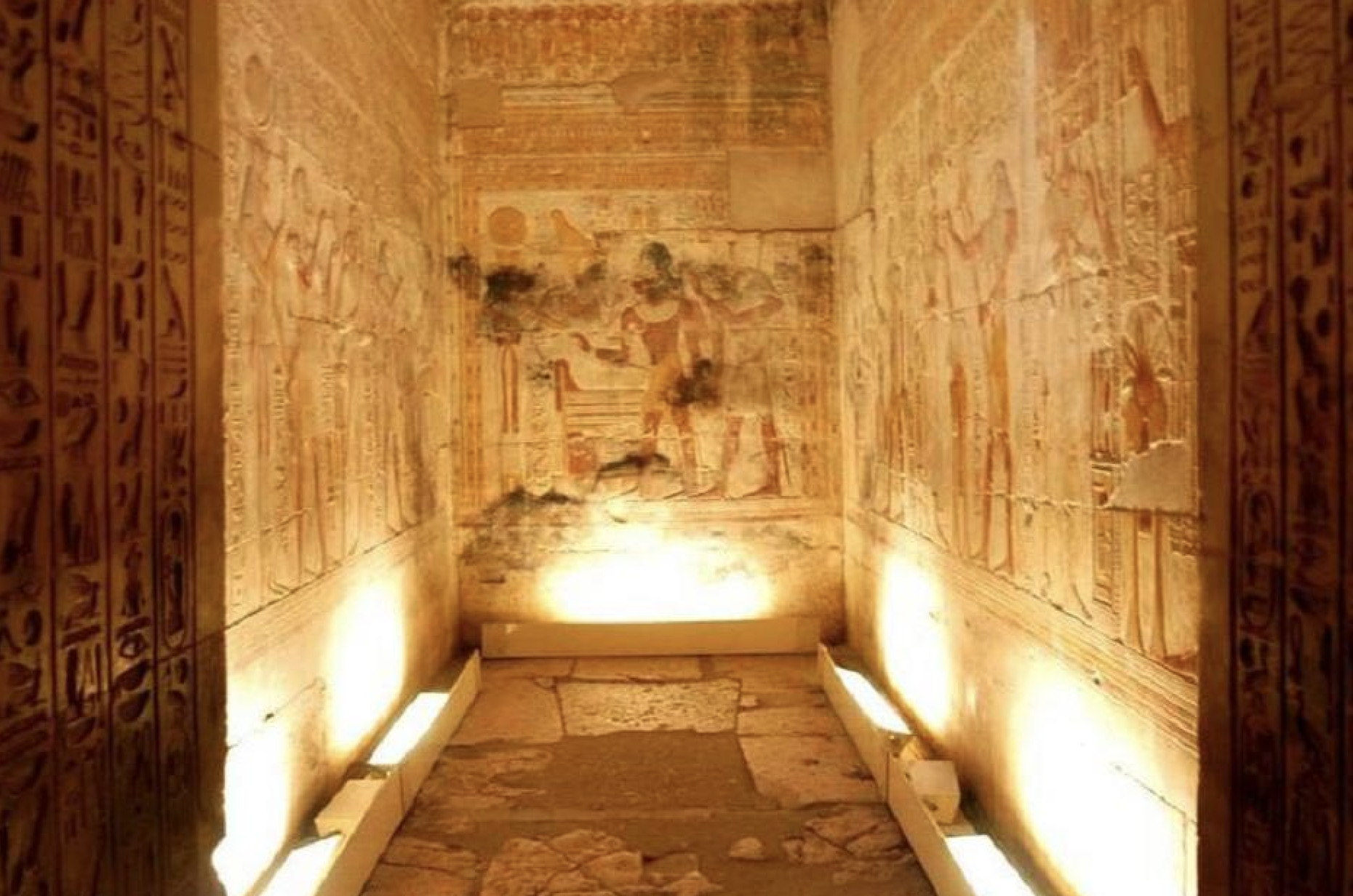 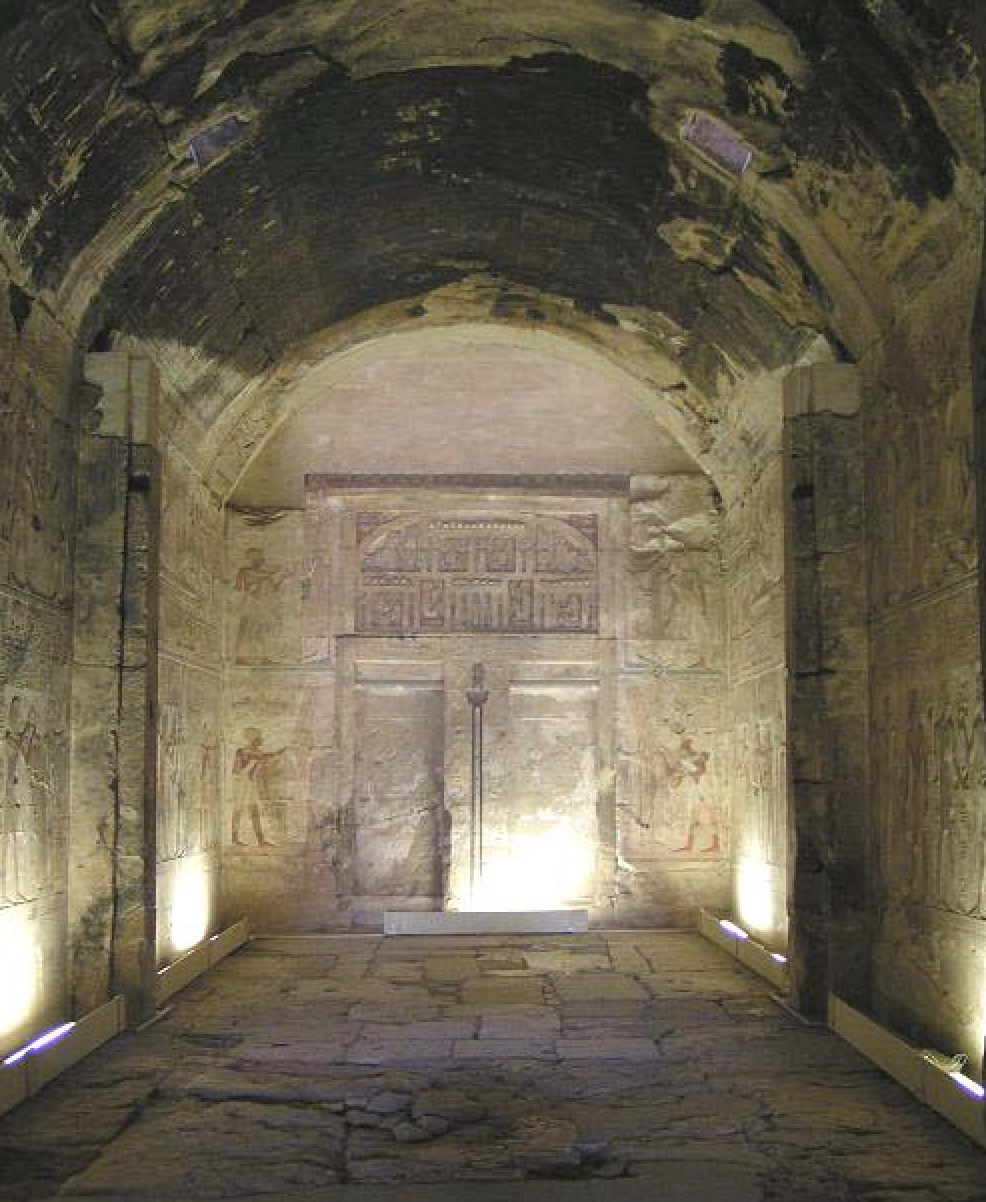 What: It is the result of carved stone being re-carved

Why: The initial carving was done on the instructions of Pharaoh Seti I, and reads: “He who repulses the nine enemies of Egypt”. This was later filled with plaster and then carved over, the second carving reads: “He who protects Egypt and overthrows the foreign countries” and was commissioned by Pharaoh Ramses II, the son of Pharaoh Seti I

Now: Plaster has eroded and shows both carvings partially visible and overlapping