How did the Egyptian government work?

The system of Egyptian Government was laid out in the 1st Dynasty and lasted without many modifications until the end of the empire when Egypt became an Annex of the Roman Empire.

As with most societies, there was a triangular structure 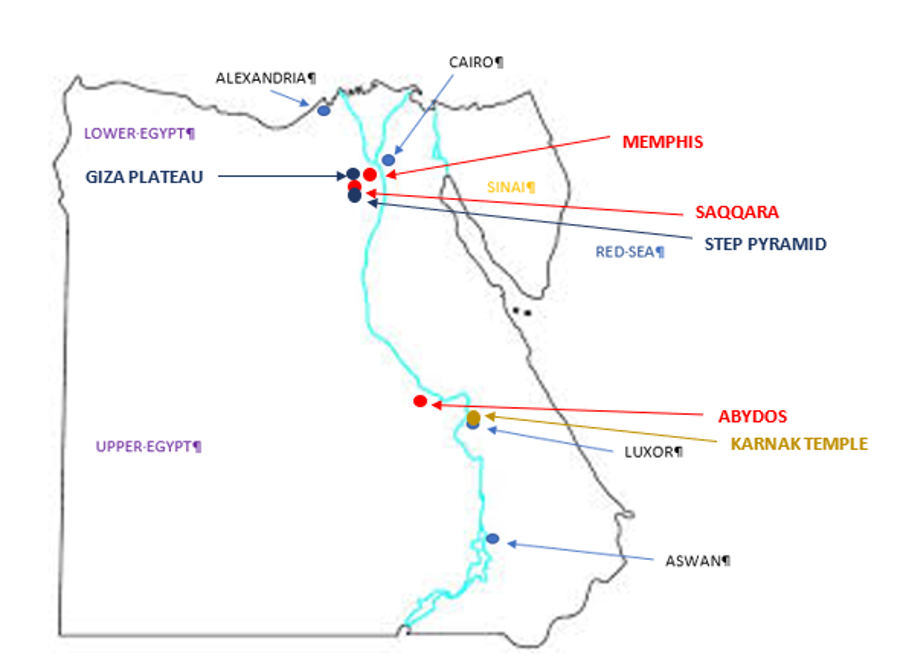 Egypt was divided into 42 Nomos with each being ruled over by a Governor, known as a Nomarch. Their duties were:

Between Dynasties 5 and 6 Pharaoh’s power had eroded and the Government positions became hereditary rather than appointed on dedication. The Nomarchs by comparison grew ever more powerful and by the end of Dynasty 6 they were ruling in their Nomes autonomously; collecting their own taxes, building their own Temples and Monuments in their own honour and commissioning their own tombs.

Learning from the errors of their forebears, Middle Kingdom Pharaohs used the same base for their governments with the addition of tighter and more specific Titles and Duties for their many more appointed Officials, aiming to limit an Official’s influence outside their specific role. Nomarch’s lost their individual controls which were diverted back to centralised Government and their duties were overseen by Pharaoh’s representative. As a result, the Towns gained influence and their Mayors garnered the influence that the Nomarchs lost.

Nomarchs lost out once again as Pharaohs decreased the land area in most of the Nomes and instead increased the number of Nomes. Pharaohs also created a full time Military presence and altered the Legal System to allow religious intervention which left this particularly open to corruption.

When the Pharaohs reunited Egypt, they immediately re-centralised the Government. Persian Rulers established a full monetary economy for the first time in Egyptian history. Greek and Roman Empires put in place their own governmental systems.