This was the Dynasty who became the rulers of Egypt after the death of Alexander the Great. They ruled Egypt from 305BC to 30BC, consistently following the pattern of older Dynasties by having the Pharaohs marry their own siblings which did little for the physical and mental health of the rulers. For more details on the women who ruled Egypt during this time, please look at “Female Ptolemies”.

Pharaoh Ptolemy I
One of Alexander the Great’s trusted Generals to whom he carved up his Empire and distributed it. Ptolemy gained the country of Egypt. After consolidating his rule and overthrowing another General who wished to reform Alexander’s Empire, he settled into his Rule. Once he knew that Egypt was secure, he shared his rule with his son, Pharaoh Ptolemy II, and then retired before his death a little over 2 years later.

Pharaoh Ptolemy II
He co-reigned and then succeeded his father. He is well known for defeating the Kingdom of Kush and then had control over their gold deposits which he used to fund the expansion of the infamous Library of Alexandria. He is noted as being the Pharaoh who encouraged the works of Manetho, Euclid and Aristarchus and is considered to have brought the Royal Court to the top of learning and civilisation.

Pharaoh Ptolemy III
Known as “the benefactor” who observed and followed the Egyptian religion more closely than his predecessor father. He began to build again, such as the Temple of Horus at Edfu, and leave his mark on the already constructed structures of the earlier Egyptian Pharaohs. He built a second Library called the Serapeum and seized every book that arrived in Alexandria’s docks to fill it with. 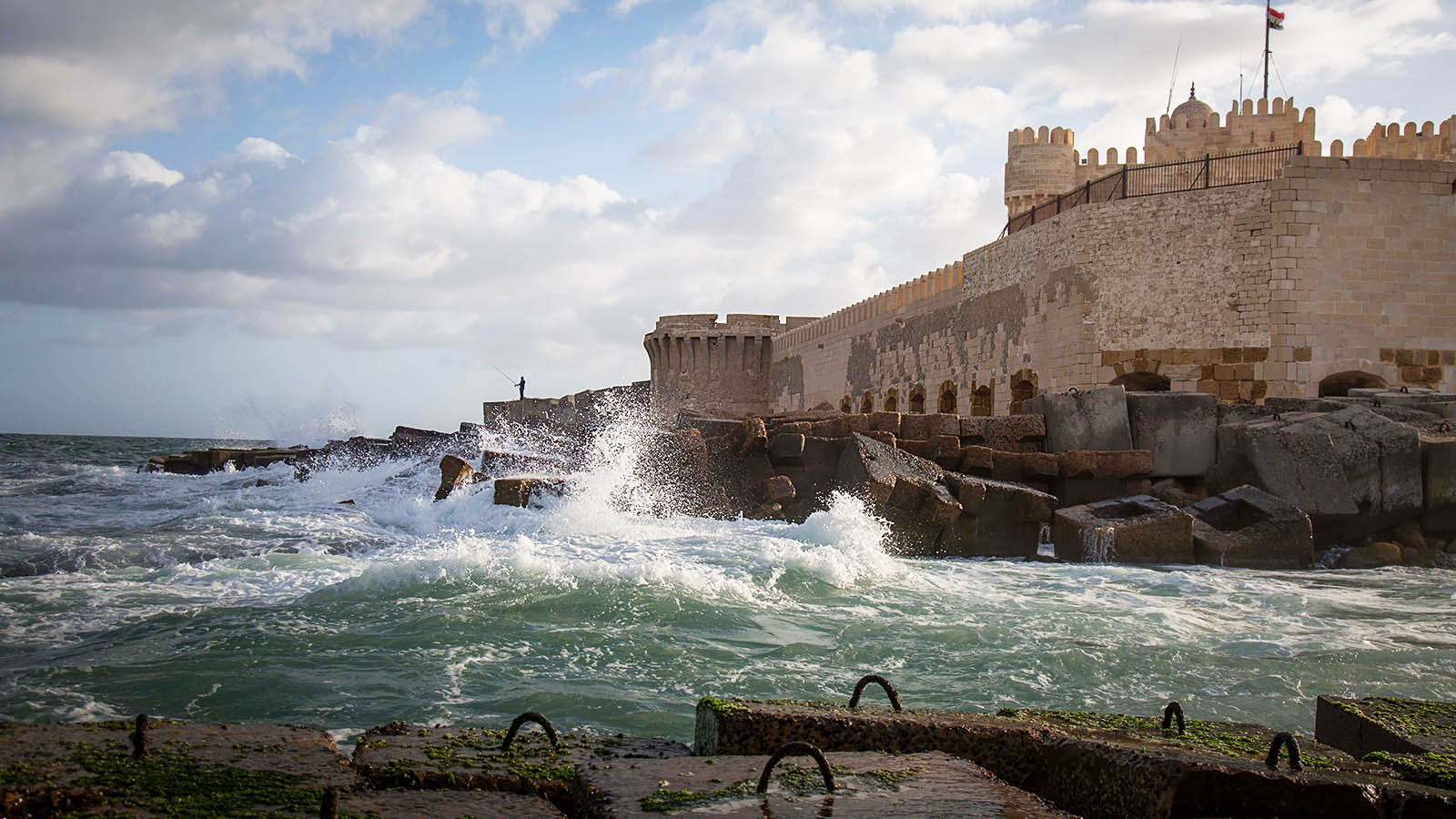 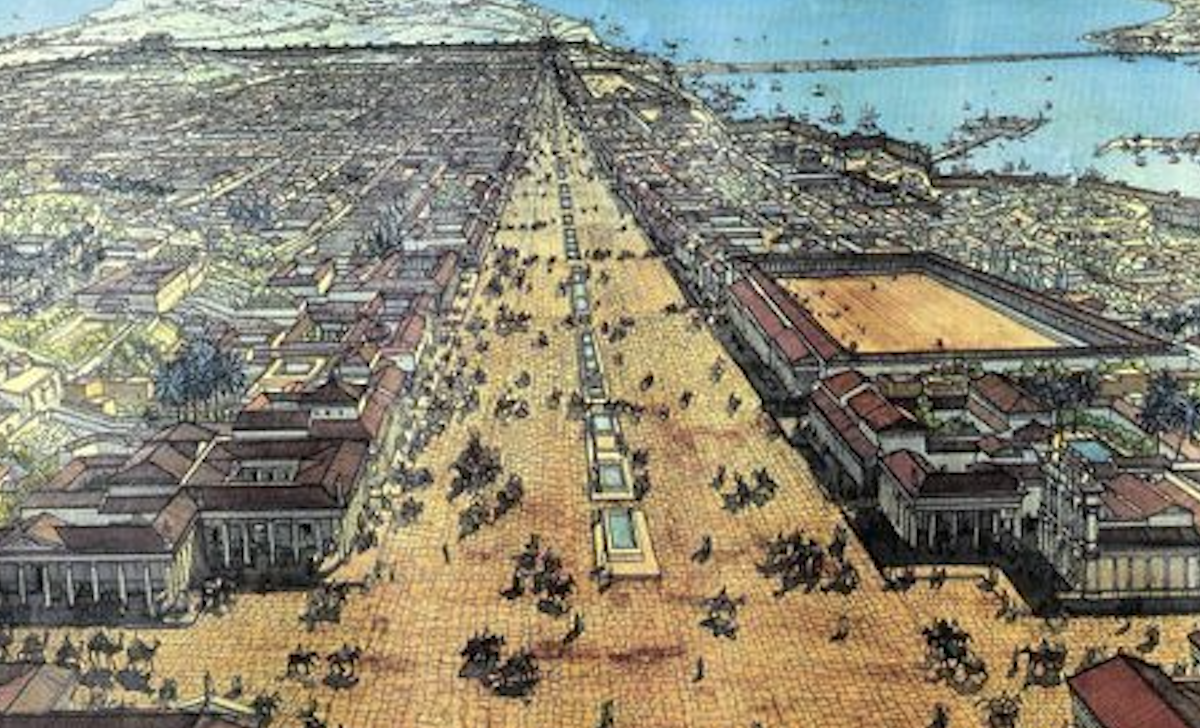 Pharaoh Ptolemy IV
He succeeded his father but was continually under the control of the Royal Court and his Favourites within it, including his own Mistress. As a result, native Egyptians managed to wrest half of the country from his grip within 20 years of the start of his reign. As his father did, Pharaoh Ptolemy IV observed and followed the Egyptian religion.

Pharaoh Ptolemy V
Regrettably Pharaoh Ptolemy V succeeded to the Throne as a child and the Kingdom was subjected to a series of Regents, including his mother Queen Cleopatra I, until Pharaoh came of age. When he did succeed, he found that due to loss of territory at the Battle of Panium Egypt had reached an alliance with the Romans. By the time Pharaoh reached adulthood he had earned a reputation for being a Tyrant and then suddenly died in 180 BC leaving his own infant son as heir.

Pharaoh Ptolemy VI
Captured 10 years after his father’s death by Antiochus IV he was left in Memphis to rule as a puppet King, whilst his younger brother, future Pharaoh Ptolemy VIII, was “ruling” the Court at Alexandria. When Antiochus IV left Egypt, the two brothers started ruling Egypt together, but they soon disagreed, splitting the Court and Rome was called on to negotiate their truce, allowing further incursions by the Romans Empire into the politics and leadership of Egypt. Pharaoh Ptolemy VI won out and ruled until he was killed in Battle in 145BC.

Pharaoh Ptolemy VII
The King who was never a King. He was proclaimed Pharaoh by his mother, Queen Cleopatra II, and may have ruled for a matter of weeks before his father was reinstated as Pharaoh.

Pharaoh was victorious and then instigated changes in the government by allowing the native Egyptians access to all the highest offices within it. 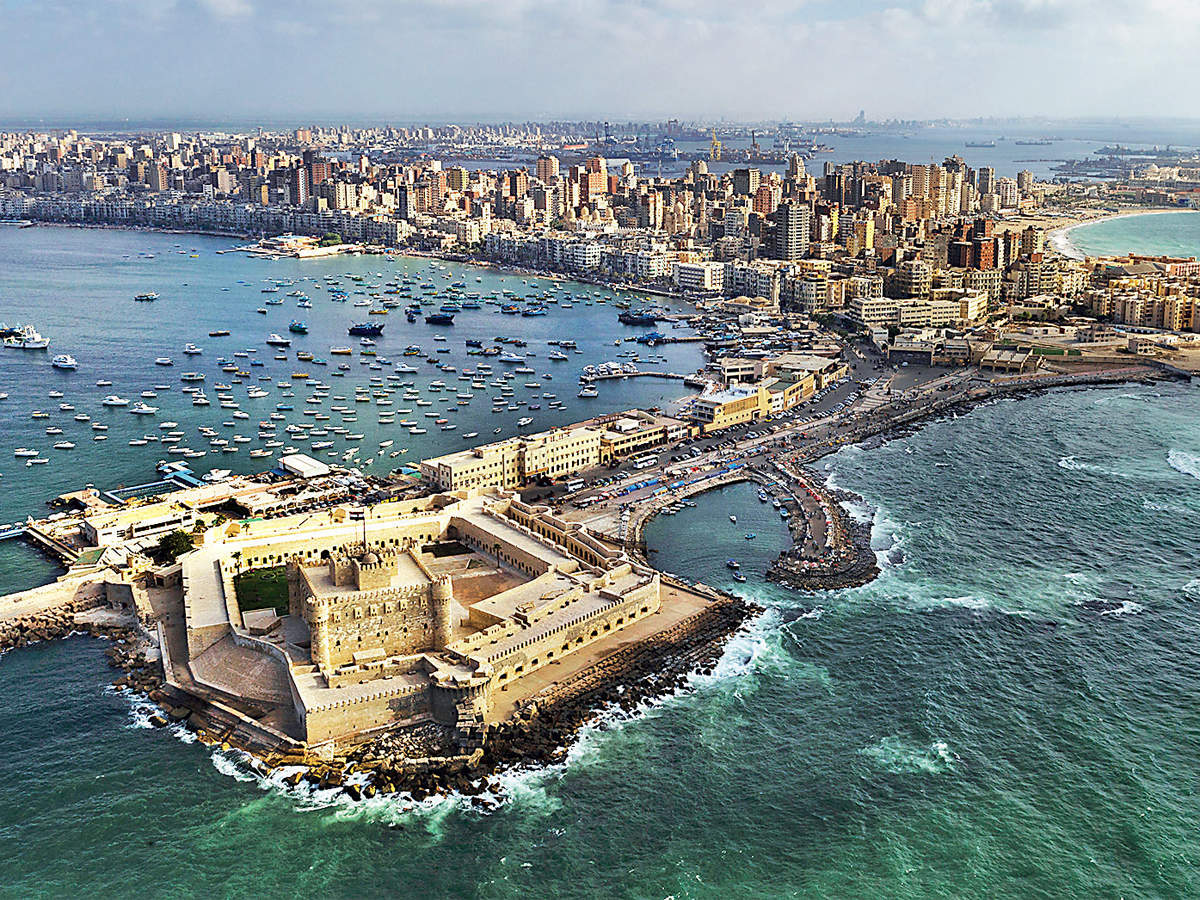 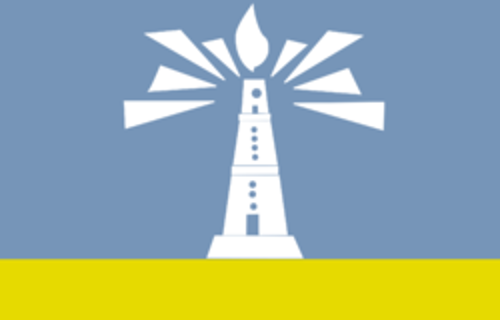 Pharaoh Ptolemy IX left Egypt and seized Cyprus. He tried unsuccessfully to regain Egypt but was then invited back in 88BC by the Alexandrians who forced out his younger brother and restored him to the Throne. Before he died, he installed his own daughter, Berenice III and she succeeded him as the Ruler of Egypt.

Pharaoh Ptolemy X
The younger son of Pharaoh Ptolemy VIII and Queen Cleopatra III. After he was recalled to Egypt, from Cyprus where he was ruling as Governor, he co-reigned with his mother but he clearly disapproved of her as he had her murdered. The Alexandrians grew tired of his rule and expelled him, reinstating his elder brother. He tried to take back his nation with the help of Rome by firstly invading Cyprus, but he was killed before he was successful. 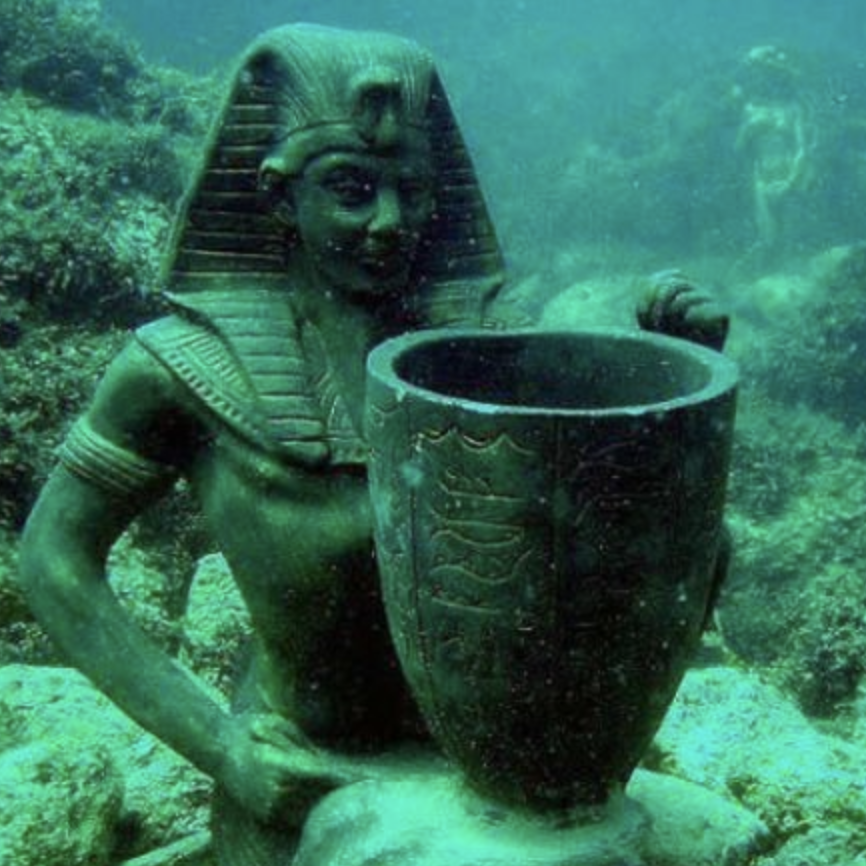 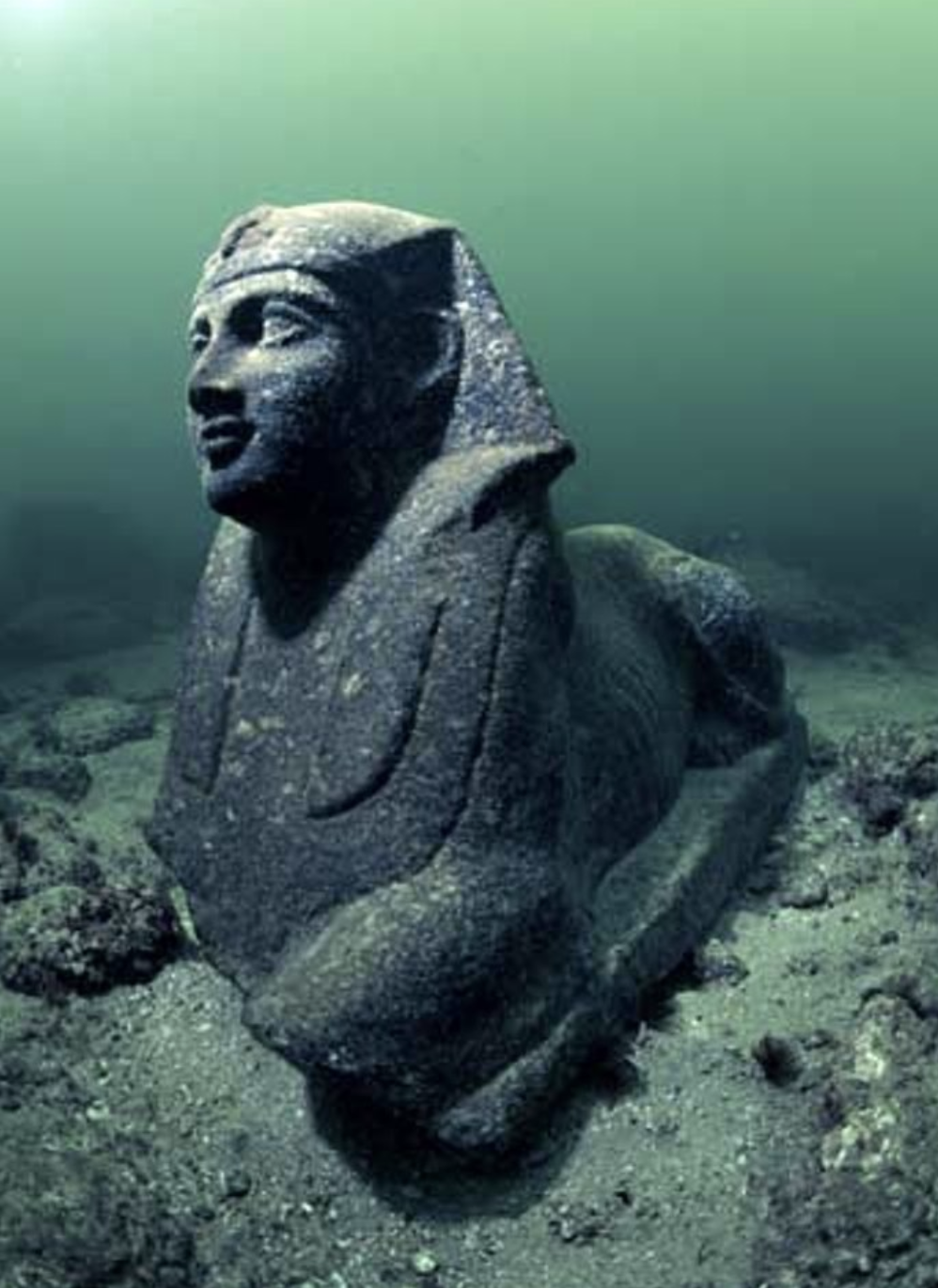 Pharaoh Ptolemy XII
Son of Pharaoh Ptolemy IX, he was not a legitimate heir. His grandmother, Cleopatra III sent him to live in Kos during the Civil Wars between his family. After his predecessor’s death he was recalled to Egypt and made the Pharaoh. He established an alliance with Rome in order to avoid their straight invasion if his reign was not successful. But the Romans went further and enforced Pharaoh’s brother, who was Governor of Cyprus, into committing suicide. Shortly thereafter Pharaoh Ptolemy XII was deposed by the Egyptians and he fled to Rome. 3 years later, with Rome’s assistance, he retook his Throne but died the next year. He left his daughter and his son, husband and wife, Queen Cleopatra VII and Pharaoh Ptolemy XIII as Egypt’s joint rulers.

On arrival of Caesar from Rome Queen Cleopatra VII seduced him and regained the Throne for herself. Looking to depose her, Pharaoh Ptolemy XIII made an alliance with his other sister Arsinoe IV and this led to the Siege or Battle of Alexandria in 47BC, burning down the Library of Alexandria. Later the same month the Battle of the Nile commenced with Queen Cleopatra VII and Caesar emerging as victors.

Pharaoh fled but seems to have drowned whilst trying to cross the River Nile. 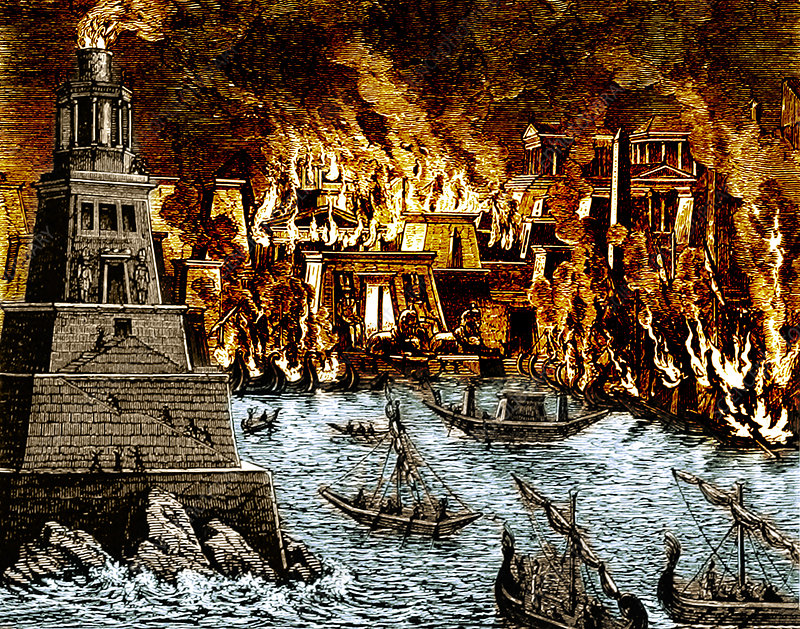 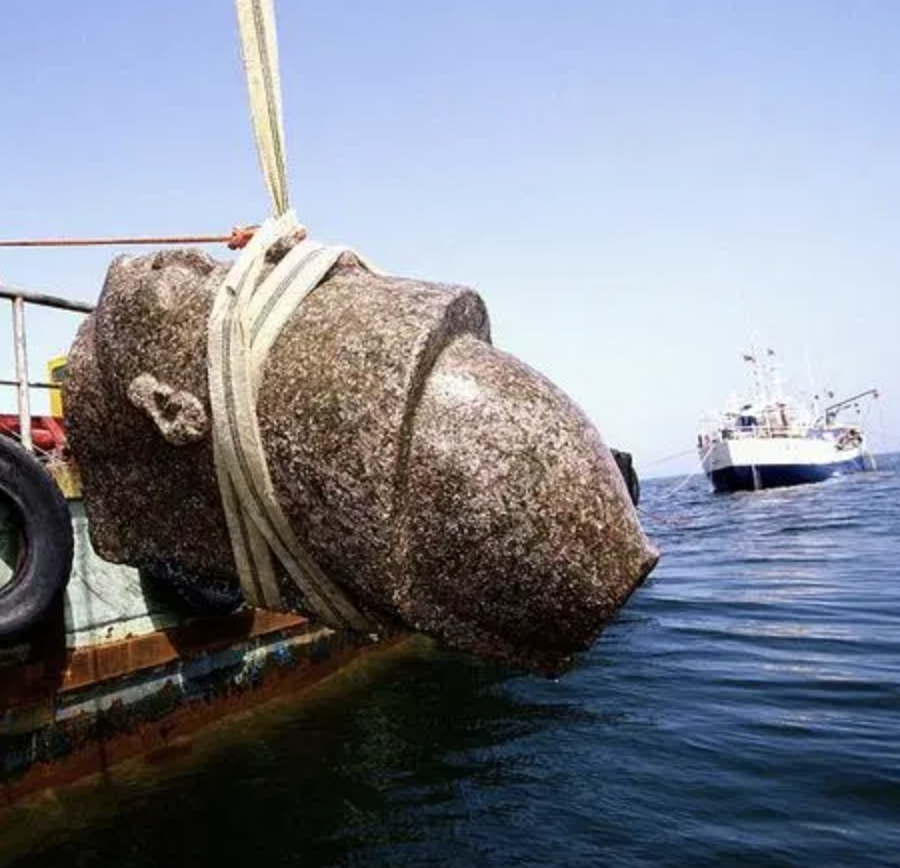 Pharaoh Ptolemy XIV
He was handed the Throne at the age of 12, by his elder sister, Cleopatra VII who was acting almost as a Governor on behalf of the Roman Julius Caesar. Cleopatra remained the power of the Throne. In March of 44BC Caesar was murdered and in August Pharaoh Ptolemy XIV was poisoned by his sister.

Pharaoh Ptolemy XV, Caesar
The last Pharaoh of Ancient Egypt. He ruled with his mother, Queen Cleopatra VII after she poisoned his uncle so he could take his place on 2nd September 44BC. They ruled jointly until Queen Cleopatra’s death by suicide, or enforced suicide, on 12th August 30BC. His death was ordered by the Roman Octavian and he was executed in Alexandria not long after his mother’s death. 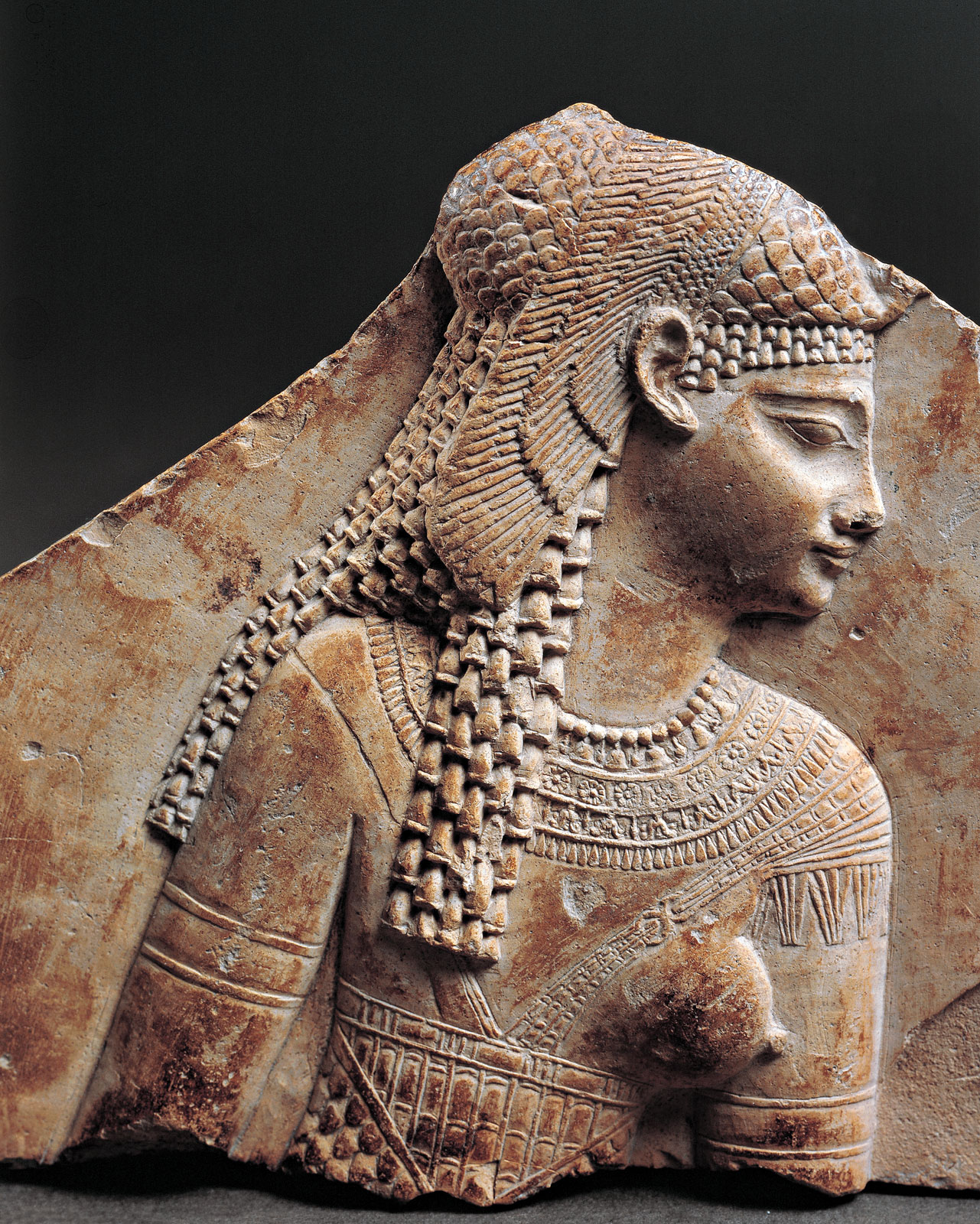