What: Bazaar of Mamlouk architecture

Where: Historic centre of Cairo

Why: Location of artisans and workshops who produce traditional crafts

The City of Cairo was opened to all people under the rule of Salah ad-Din or Saladin. He took apart the Fatimid Caliphate which had only used Cairo as a “Palace City” i.e. for their own royal means and not as a city or even trading center for the people of Egypt.

He began building the Citadel, in 1171. This was to replace the royal and administrative Palace City, freeing up Cairo to become an economic center which would be lived in by all Egyptians and used by foreign travelers. 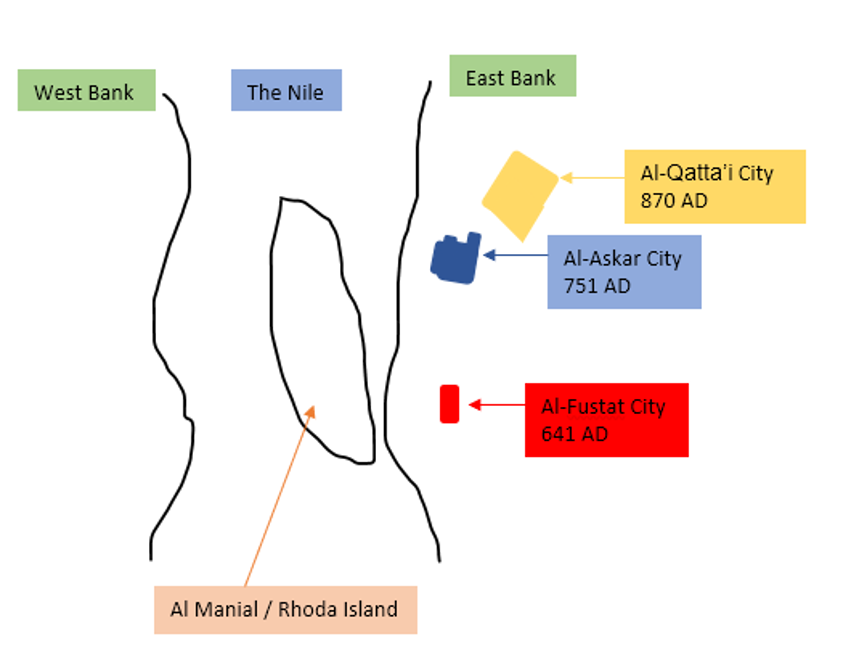 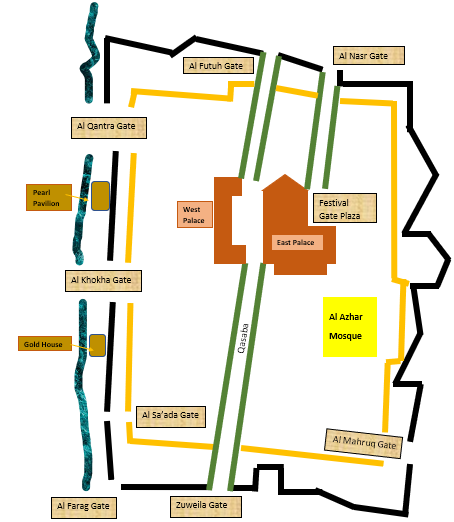 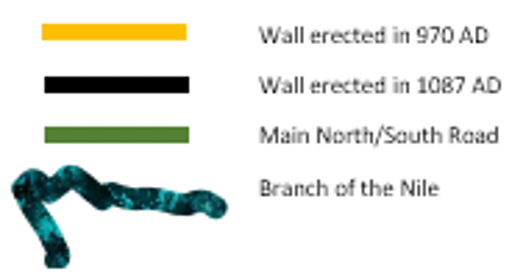 By the late 1400’s the district around Khan el-Khalili had become the major centre of foreign trade. The 1500’s saw a lot of demolition and rebuilding by Egypt’s last Mamluk Sultan which resulted in there being 21 Khans in the district.

The main road through Cairo was the central north-to-south street known as the Qasaba, which became the site of religious houses, tombs and souks.

These included Khans or Hotels for Traders with warehouse spaces for their horses and camels as well as their goods. Between 1382 to 1389, in the Mamluk period, Jaharkas al-Khalili, the Amir’s Master of the Stables demolished the Fatimid mausoleum and built a large Khan at the heart of the city. This, and the wider surrounding area, then became known as Khan al-Khalili.

In the Ottoman period, new Khans continued to be built despite Cairo no longer being the Capital, with the number mounting to 39 Khans in the area before the invasion of Napoleon.

Re-development with new roads and Residential housing with ground-level shops was prevalent in the 19th and 20th centuries.

Today it is a popular tourism site as well as the more established Gold and Silver Souk in Cairo. El Fishawi’s Coffee house, established in 1773, is the oldest remaining of the cafes and restaurants. With Naguib Mahfouz’s novel Midaq Alley (1947) being set in an alley in Khan al-Khalili. 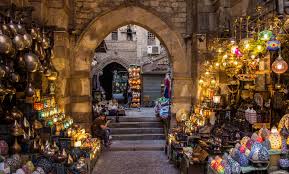