The Tomb was hewn for Pharaoh Ramses IV of Dynasty 20 during the New Kingdom period of ancient Egypt.

Pharaoh’s Tomb has a straight axis and reaches 88 meters long. It was initiated, along with a variety of other building programs, on a scale not seen in Egypt since the death of Pharaoh Ramses II. 2 crews of Work Gangs were employed on the Tomb at any one time, instead of the usual 1 Work Gang, or 60 men per shift. To learn more about these Work Gangs, how they worked, and how and where they lived, click here. 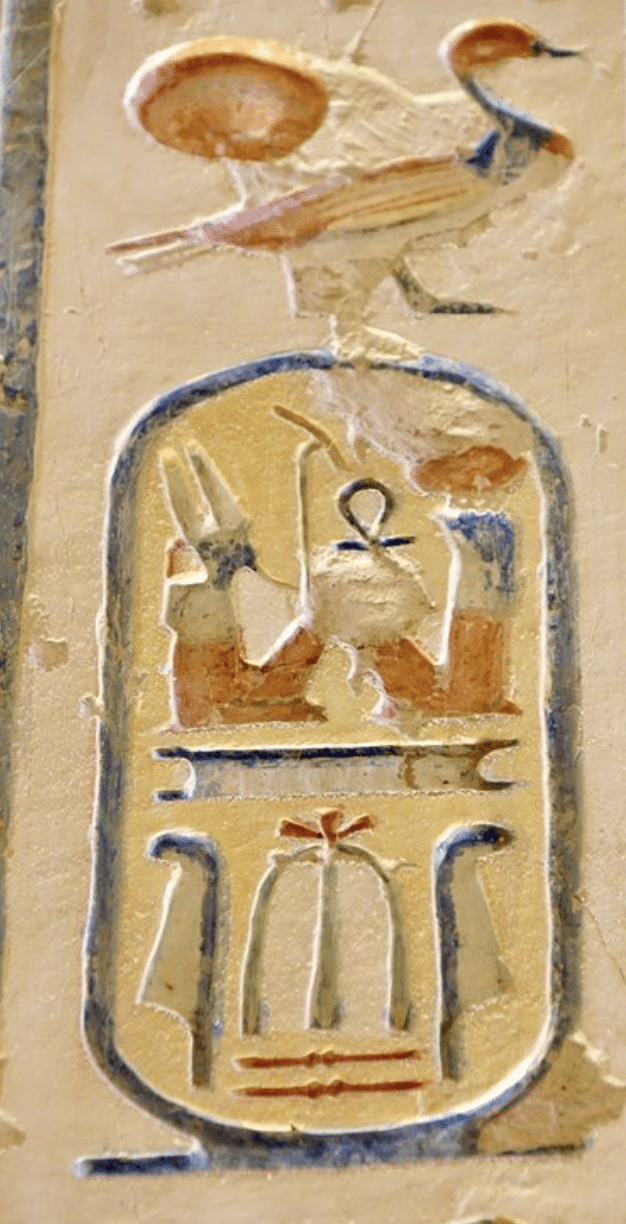 Internally the Ostracon, written in hieroglyphics, mentions that the selection of the Tomb was carried out by the Local Governor and 2 of Pharaoh’s Chief Administrators who would usually have been Architecturally trained, and the construction commenced in the 2nd Regnal Year of Pharaoh Ramses IV’s reign.

Pharaoh’s Sarcophagus is broken, and this was probably done in antiquity when the Theban Priests relocated his body to the Mummy Cache is KV35. The Tomb is known for having one of the highest numbers of Ancient Graffiti, both Ancient Greek and Roman and Coptic hands, inside it as it was one of a handful of Tombs opened to travelers in the early days. Coptic Monks are believed to have lived inside the Tomb due to the number of crosses and Coptic Saints that have also been “added” to the Tomb. 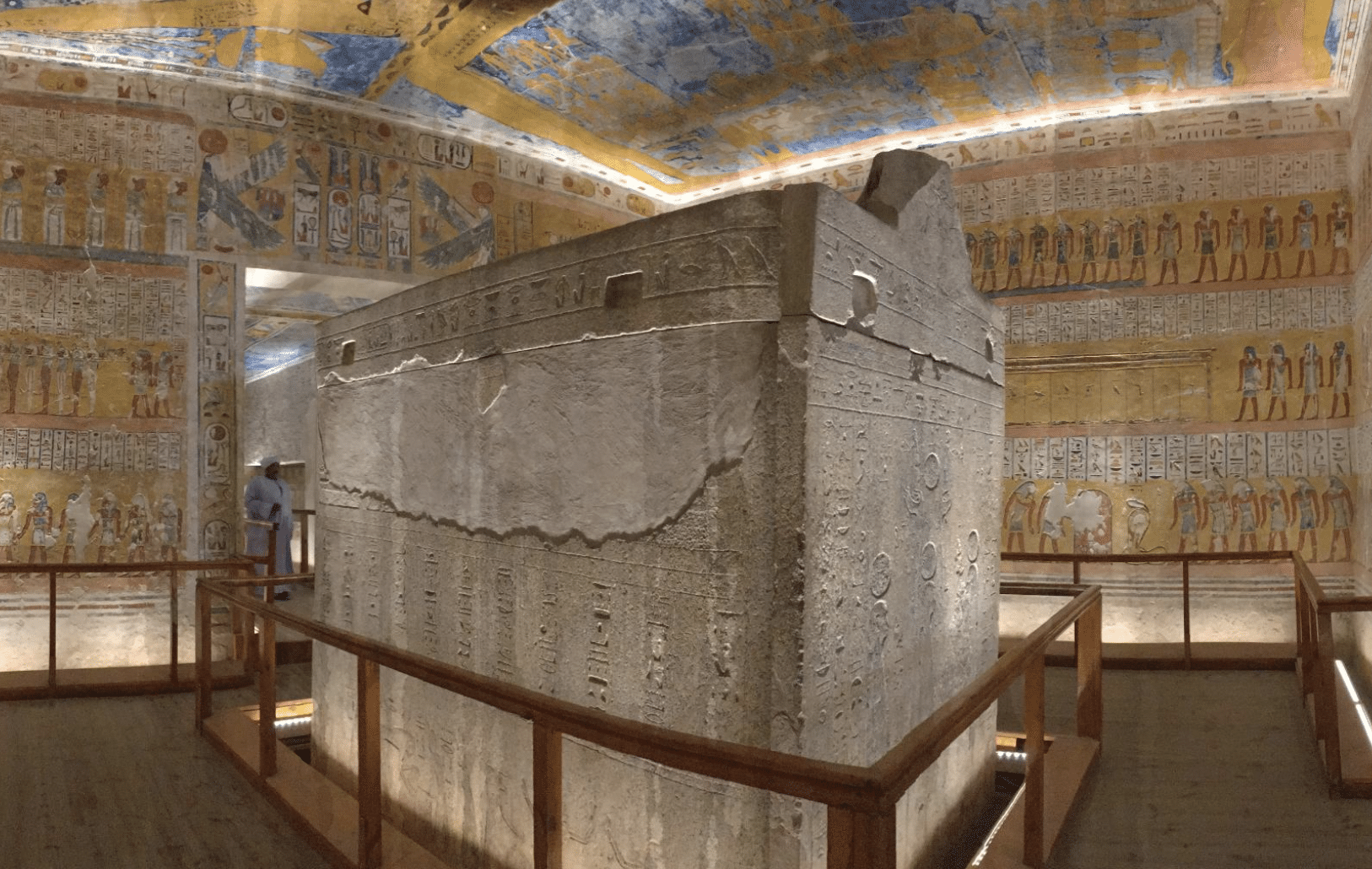 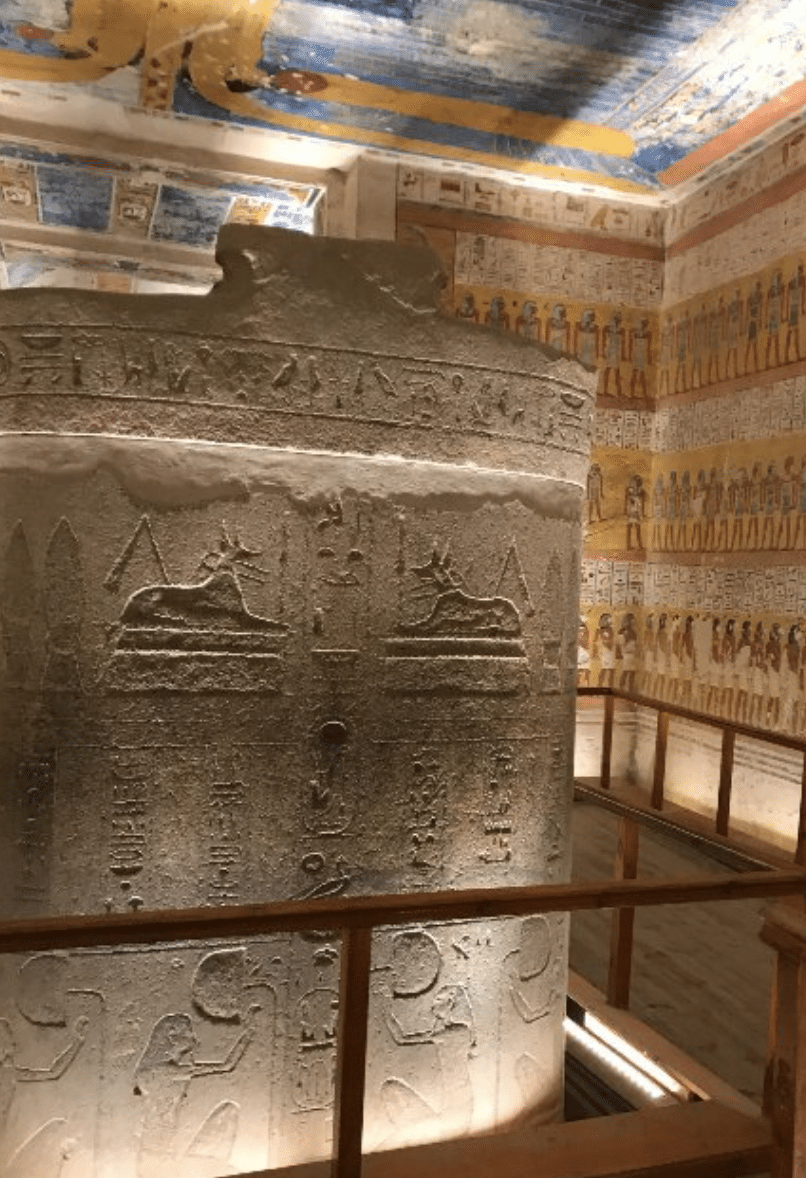 In more modern times, the Tomb was Archaeologically excavated by Edward Ayrton in the 1905 to 1906 Season and again by renowned Egyptologist Howard Carter in the 1920 Season. 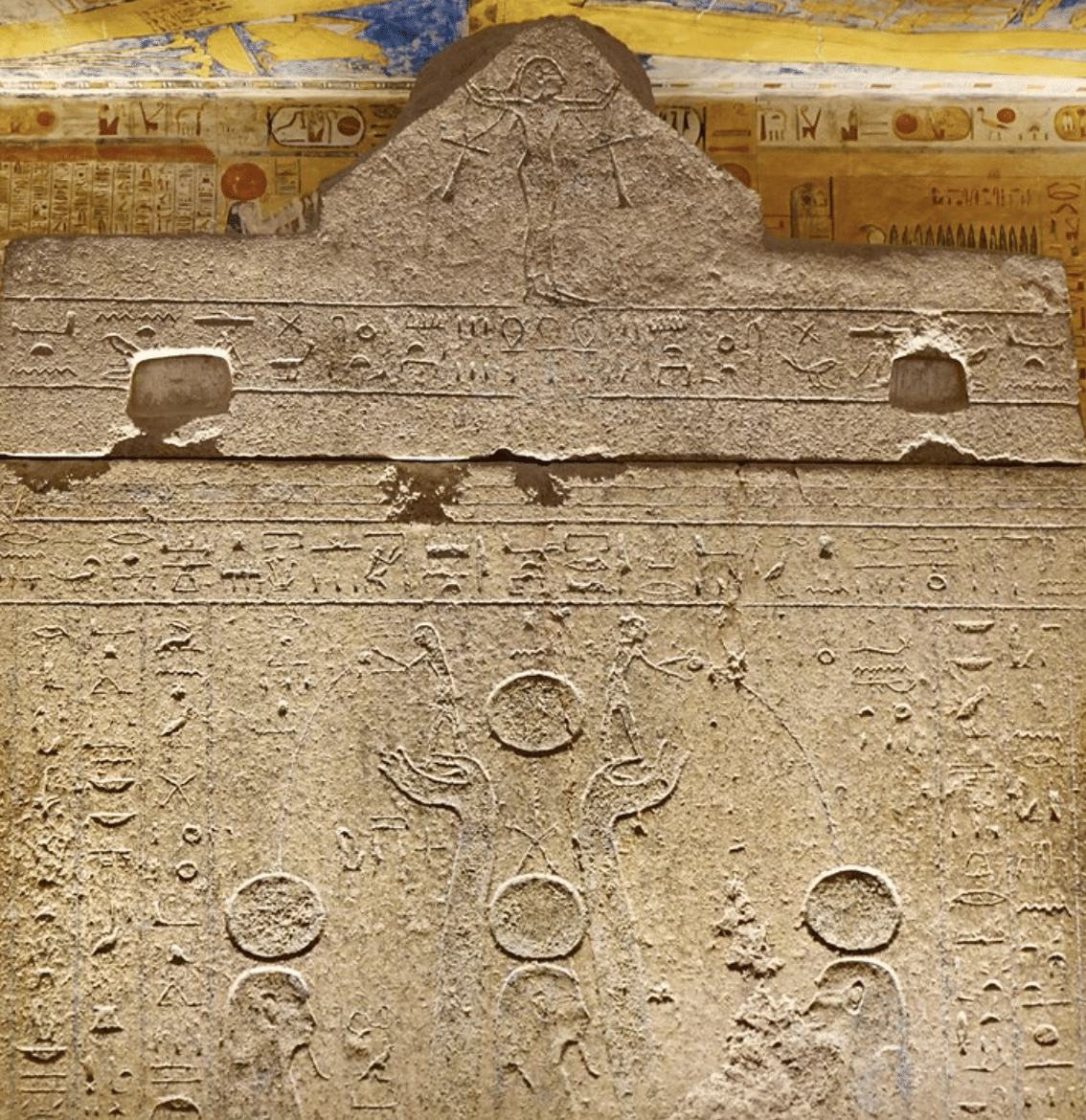