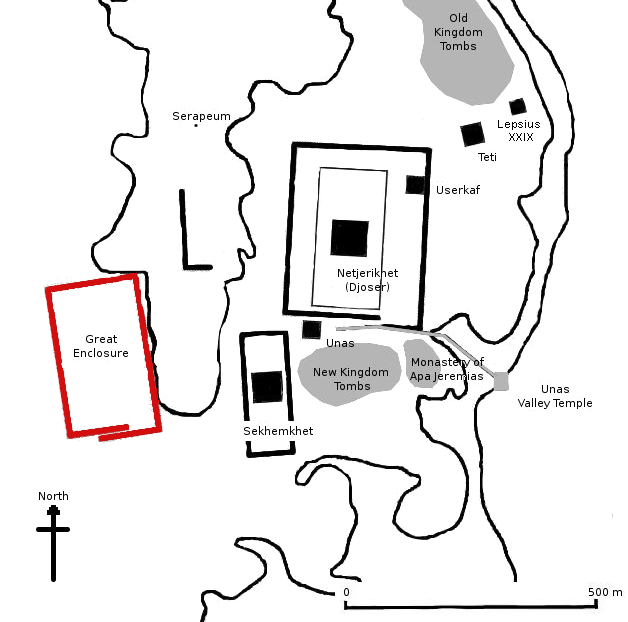 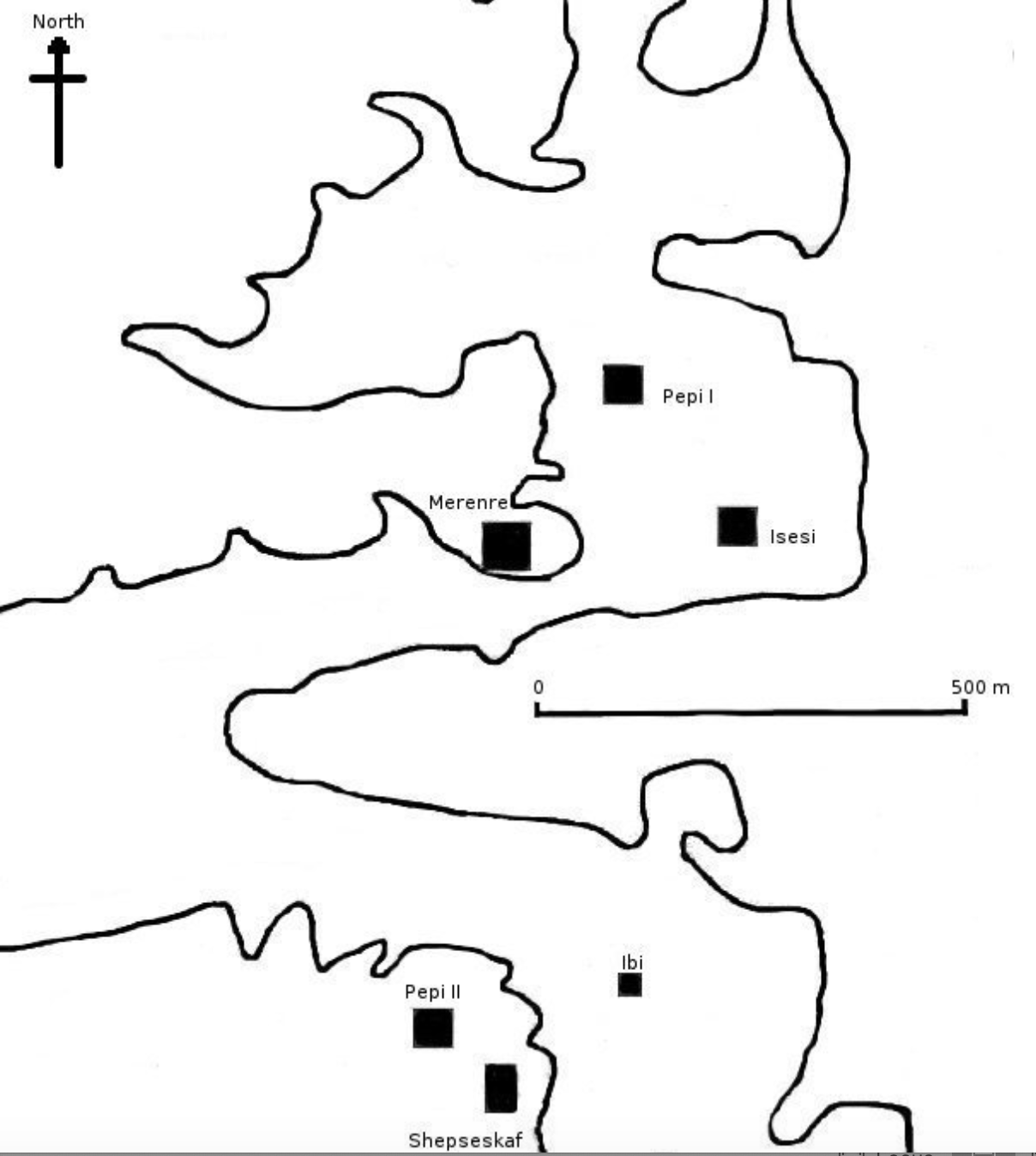 The Great Enclosure is thought to potentially have been the Cult Mortuary Complex for Pharaoh Khasekhemwy, the last Pharaoh of the 2nd Dynasty.

He reigned for 18 years and was the leader of some significant Military Campaigns.

His largest success was when he built the Mudbrick Fort known as Shunet El Zebib. He was succeeded by his son, Pharaoh Djoser, after his death in 2686BC.

The Saqqara Great Enclosure consists of a Rectangular Walled enclosure which is oriented North-South 350m to 650m. The Walls are constructed as a set of two approx. 15m apart and are made of Limestone.

The interior space of the Walls is filled with Sand, Gravel and Crushed Stone. The Walls are thought to have original reached 10m but have been degraded by time and weather.

There does not seem to have been a central Mastaba or Pyramid as this would have been constructed before the Wall due to logistics, but fragments of Limestone, Basalt and Pink Granite have been found in the Northwest corner of the Great Enclosure, so it is assumed that something was in the space originally.

The Pharaoh was buried at Tomb 5 in Abydos with the other First Pharaohs Tombs of Pharaoh Scorpion I, Pharaoh Ka, Pharaoh Narmer, Pharaoh Djer and Pharaoh Semerkhet. 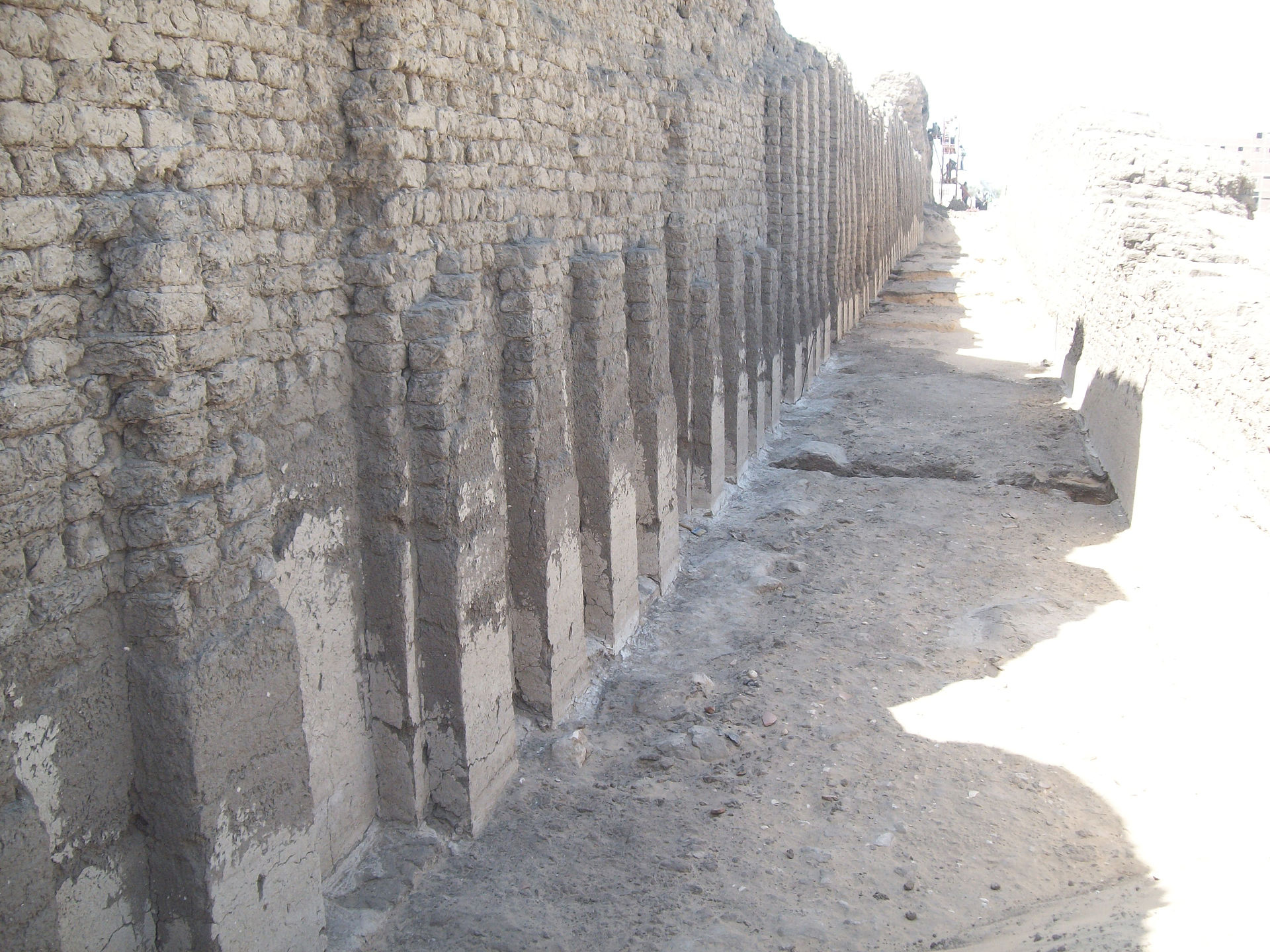 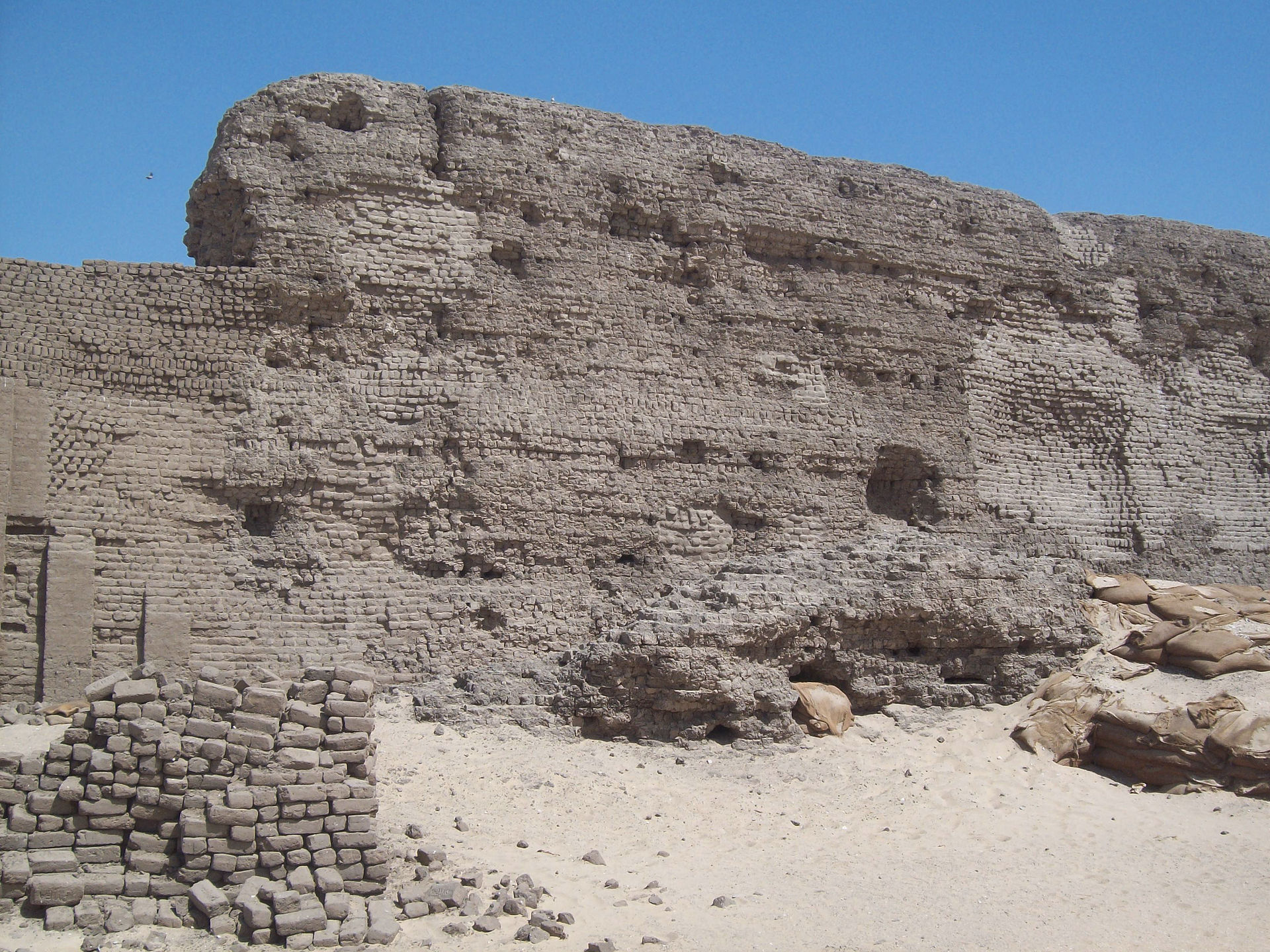