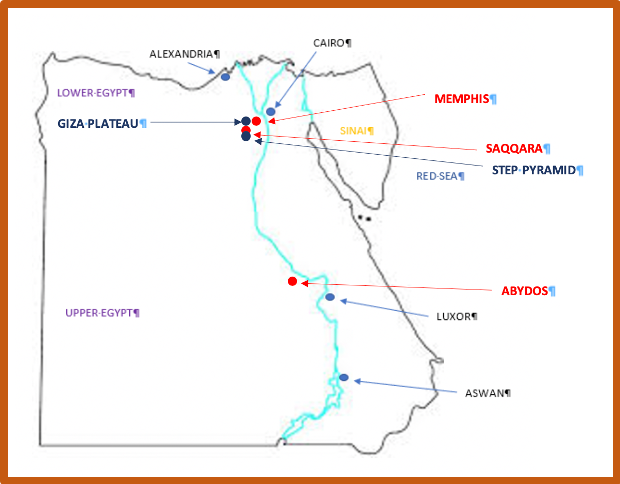 What: The Memphite Triad were the trio of deities primarily supported in Egypt in the Dynasties where Memphis was the Capital City of Egypt

Where: Chief home and place of worship was in Memphis

When: Throughout Ancient Egypt
What: The Master of Ceremonies at Pharaoh’s Heb Sed Ceremony
Deity of: Craftsmen, Shipbuilders and Architects              Symbol: The Djed Pillar and the Bull
Represented as: Generally, Ptah was represented as a green skinned man wearing the divine beard and holding the 3 symbolled sceptre, but sometimes represented as a naked Dwarf
Linked with: God Osiris, God Ra, God Apis, God Bes, God Aten
Notes: Ptah was a very popular Deity and his Cult rose quickly throughout Egypt. The High Priests of his Temples were much wanted to fill the role of Chief Architects and Master Craftsman on many Royal complexes
Temple Locations: Memphis, Pi-Ramses, Abydos, Nubia and Thebes
Legacy: Hikuptah, the Ancient Egyptian name for what we today call Memphis, is known as “Home of the Soul of Ptah”. This word, “Hikuptah”, was translated into Ancient Greek as Aegyptus, from which stems the word Egypt today 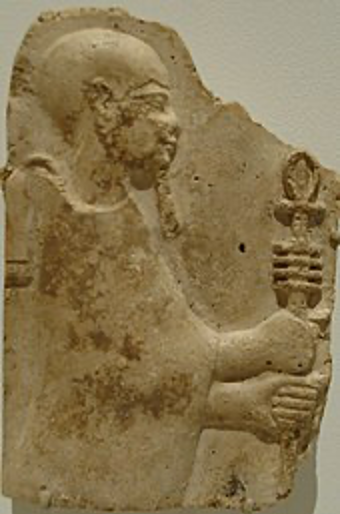 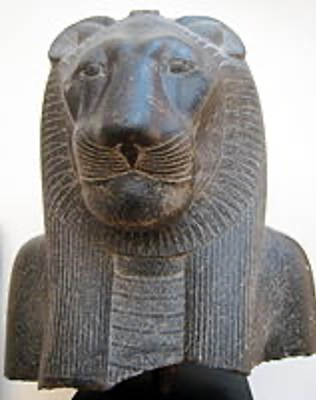 “The one who is Powerful or Mighty”, “The One Before Whom Evil Trembles”, “The Mistress of Dread”, “The Lady of Slaughter” and “She Who Mauls”

Deity of: Protector of Warrior Pharaohs and Healing

Represented as: A fierce Lioness

Notes: During the Festival of Drunkenness, the population and the Priestesses would participate in drunkenness which was used to “fool” the Goddess into losing her wrath and becoming drunk instead

“The one who does not close”, “He Who is Beautiful” and “Water lily of the Sun”

Represented as: A beautiful young male with Blue Water-Lily Flowers around his head 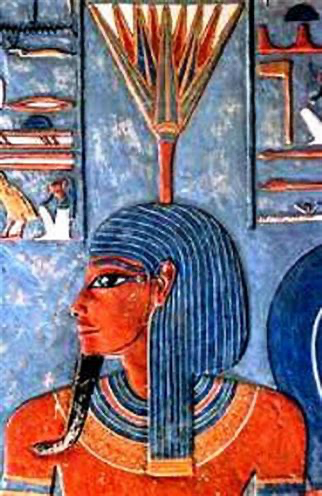