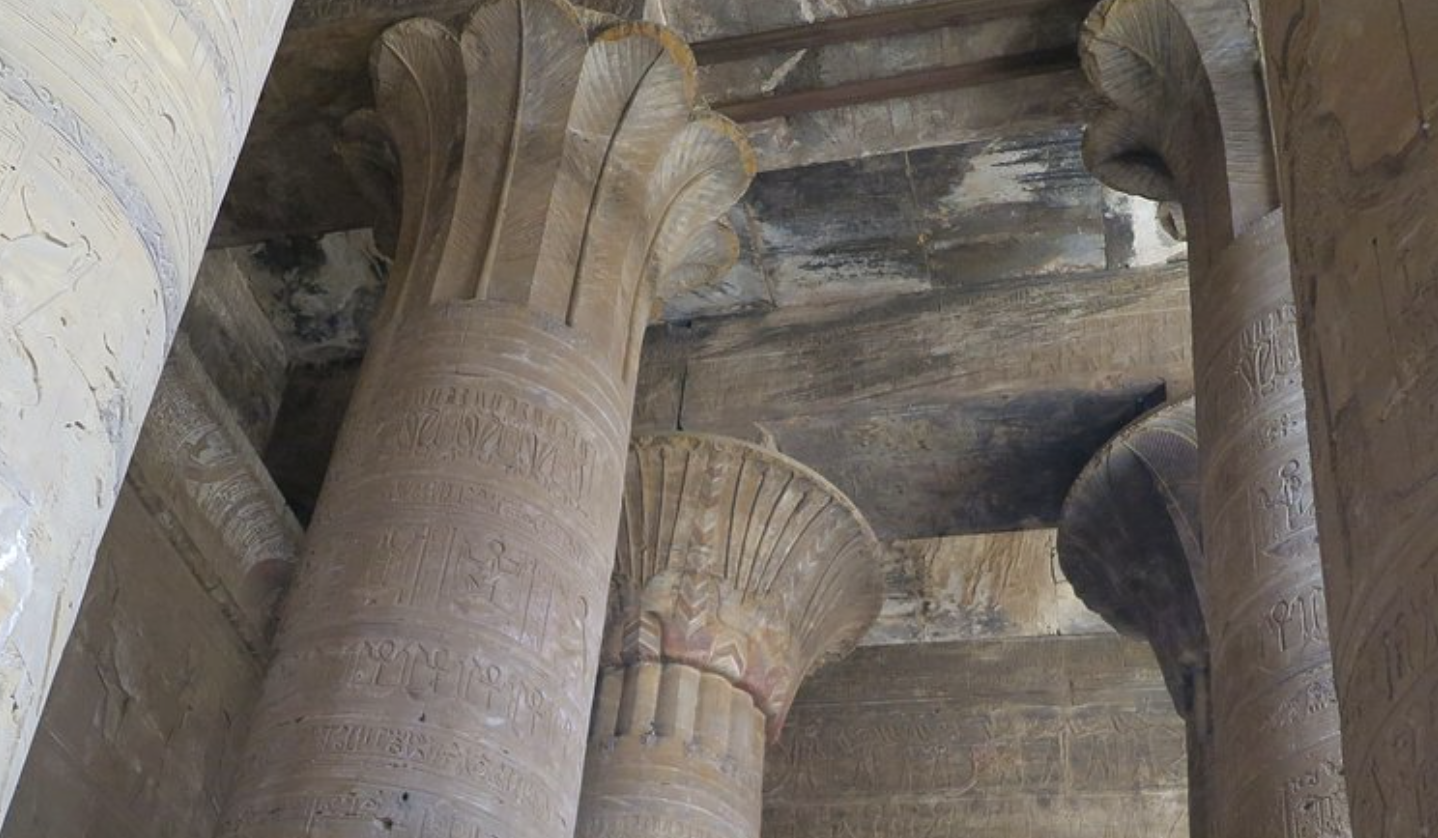 Immediately inside the Outer Hypostyle Hall are two small Chambers. The one on the left was the “Hall of Consecrations” or place of blessings with storerooms for the priests laundered clothing and storage jars, and the room on the right was the home of all the ritual spells, also known as the Temple’s Library.

The Hall has 12 Columns which again have different flowers or palms at their top. Every Column and the Walls are decorated with Reliefs which depict the Temple’s Commissioning and building. This is shown with Pharaoh Ptolemy III making his ritual offerings to the Deities as well as laying the foundation stone of the Temple.

Higher up on the Walls are reliefs showing the stars and astronomical positionings, along with depictions of Pharaoh, his wife, another Queen Cleopatra and the Deities making their offerings to the God Horus.

You will note the Blackened Ceiling. This was due to the Coptic Christians setting a fire intended to raze the entire building to the ground, which obviously failed. 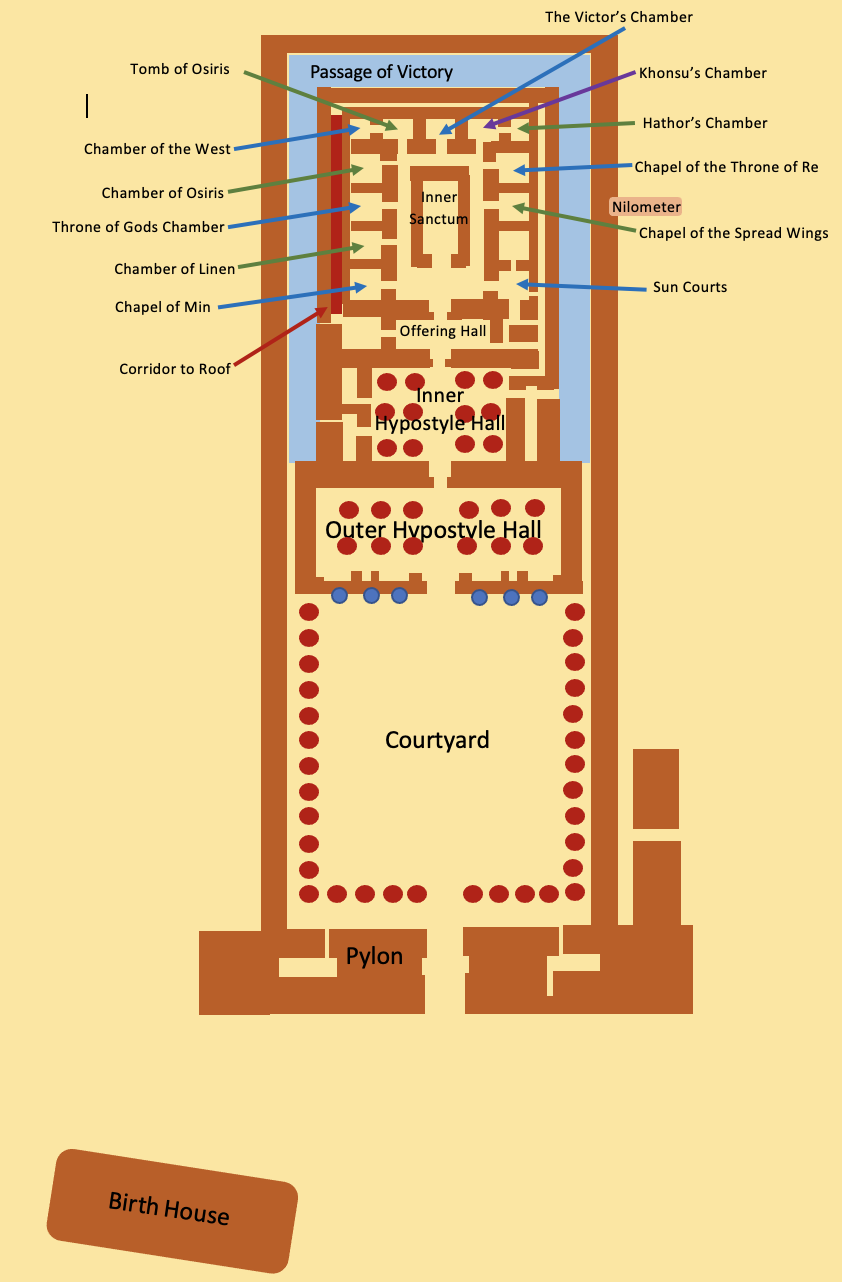