New Kingdom Pharaoh Ramses II of the 19th Dynasty was a prolific and exquisite builder, and his Mortuary Temple on the Theban Necropolis was no exception. For more details about Pharaoh Ramses II, his life, his family, his reign and his buildings, click here.

“House of millions of years of Usermaatra-setepenra that unites with Thebes-the-city in the Domain of Amun”. 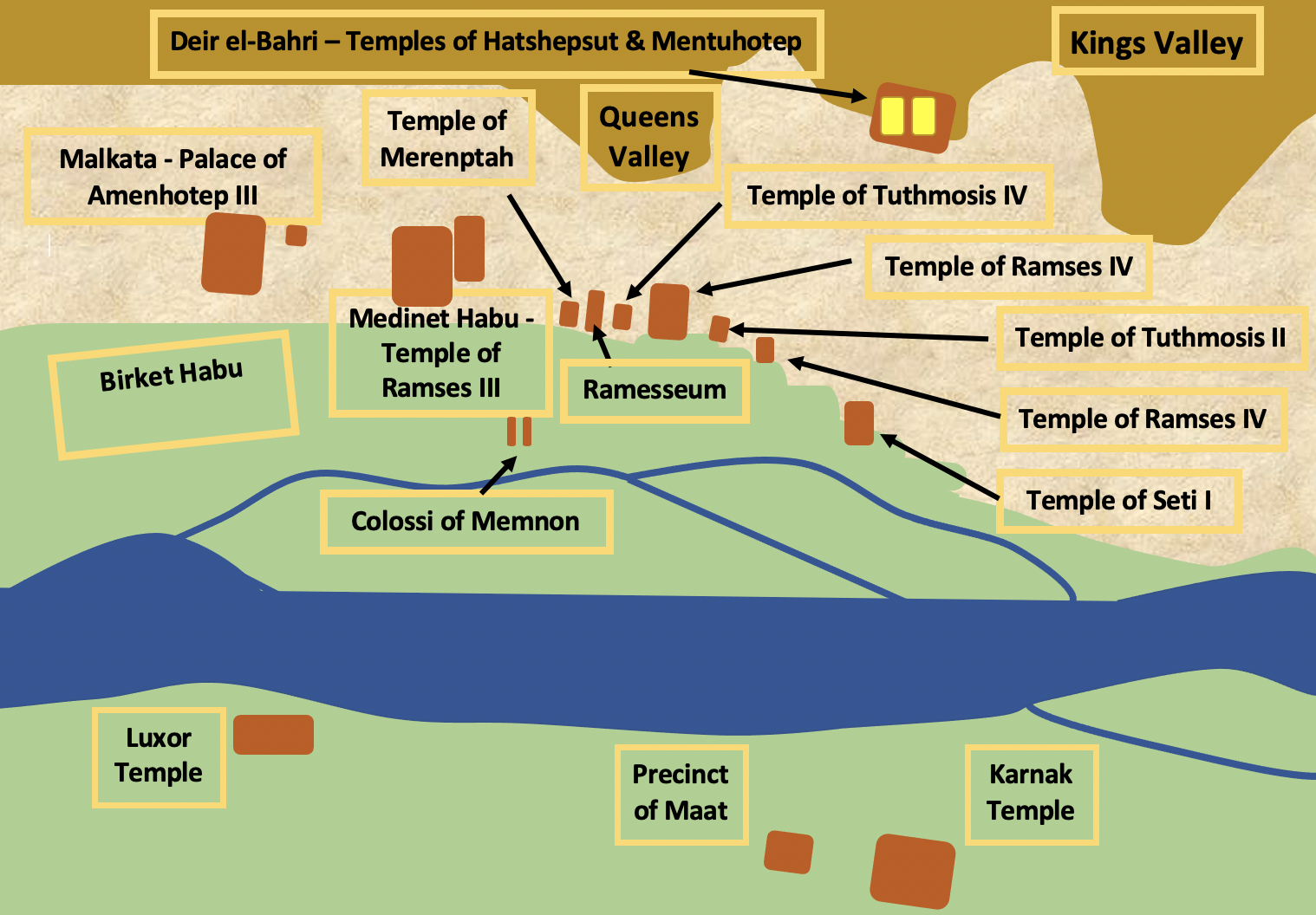 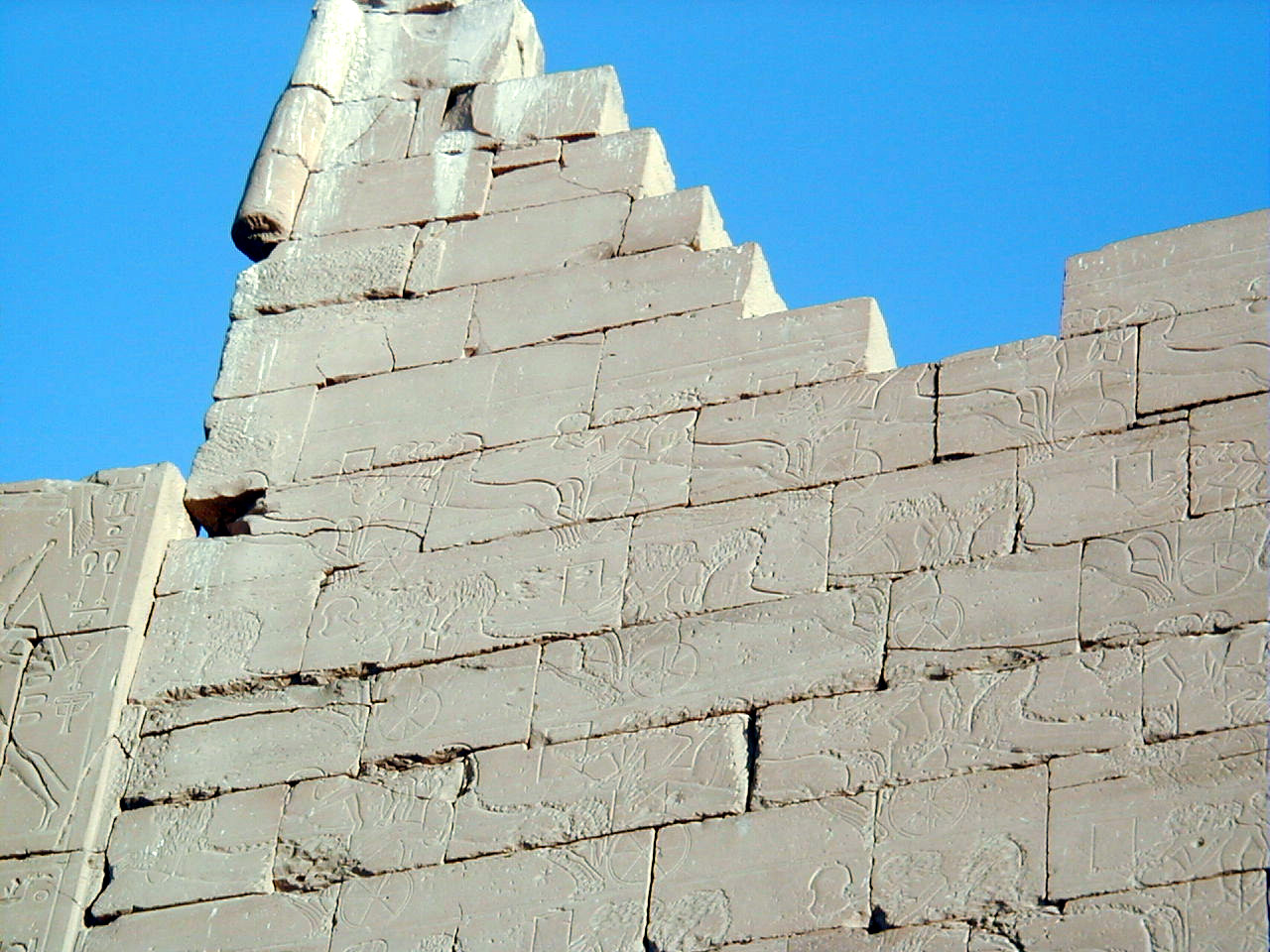 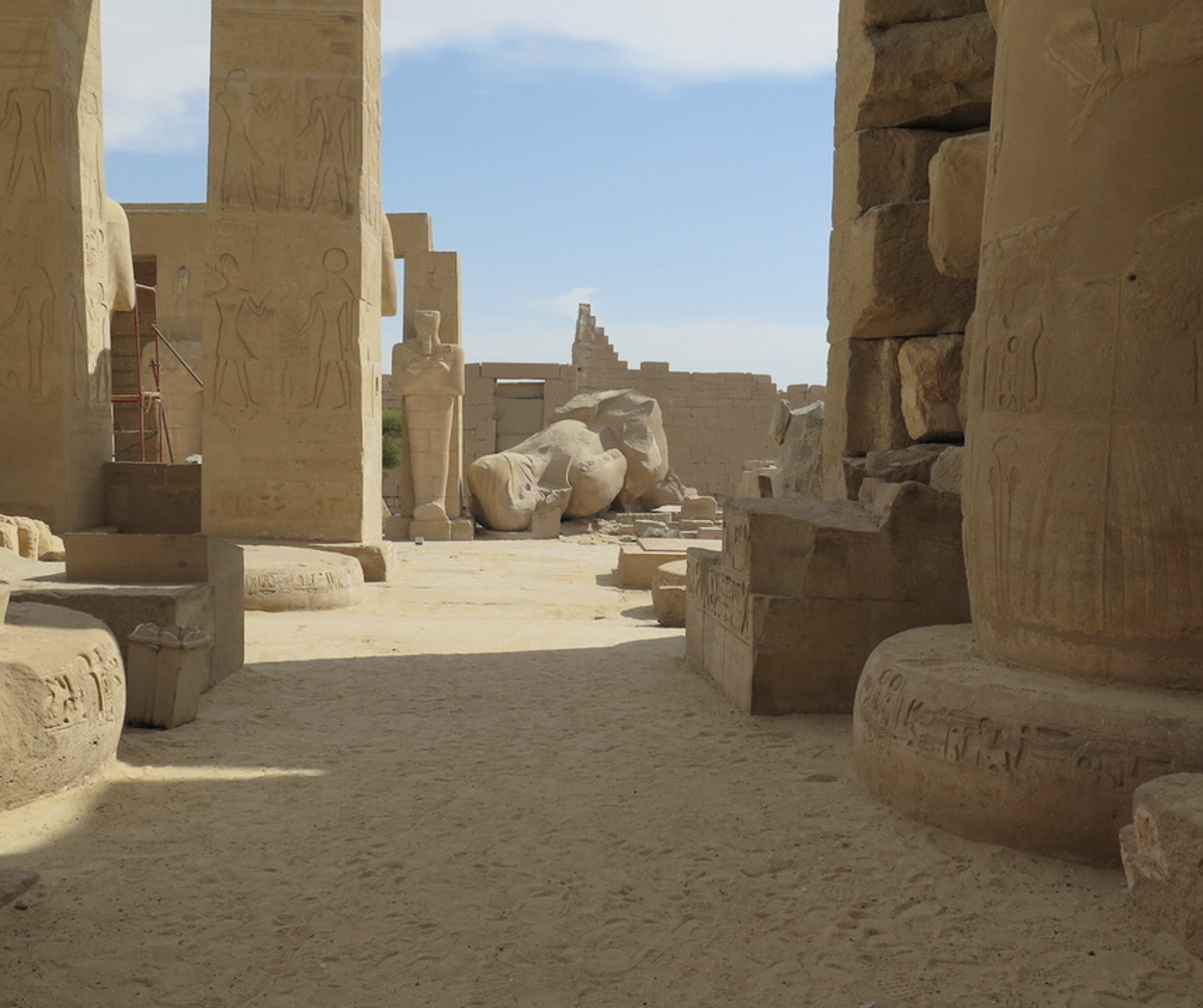 After the Second Courtyard, the path leads behind into the originally 48 columned, and now 39 columned, and covered Hypostyle Hall. The colours that remain here are superb.

All columns are covered with reliefs of Pharaoh and the Deities, whilst the ceiling is decorated with golden Stars on a background of the inky blue night’s sky. On the surrounding Walls are reliefs of Pharaoh’s children who walk as though in a procession.

The Temple is oriented North-west to South-east and would have originally been surrounded by a mudbrick Enclosure Wall.

All the Walls are covered in hieroglyphs and reliefs, some of which have still retained their original colours.

The First Pylon is the official entrance to the Temple. This decorated with scenes from Pharaoh’s famous Battle of Kadesh Victory and Reliefs showing Pharaoh’s dedication to the Deities.

Also inside the Second Courtyard is the fallen Statue of Pharaoh; originally it was one of a pair and would have depicted Pharaoh on his Throne and is estimated to have been approx. 19 meters high and would have weighed more than 1,000 Tons. 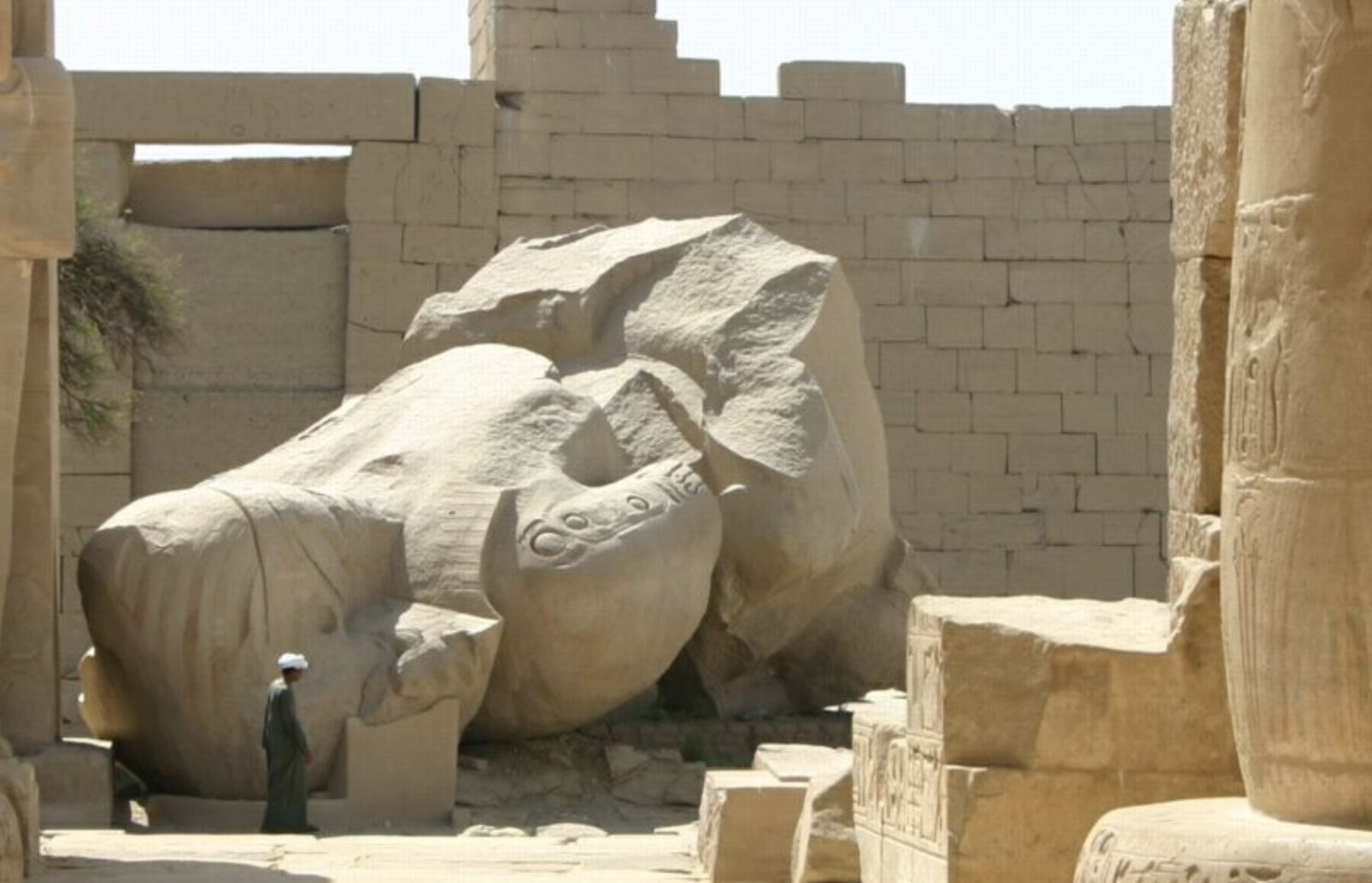 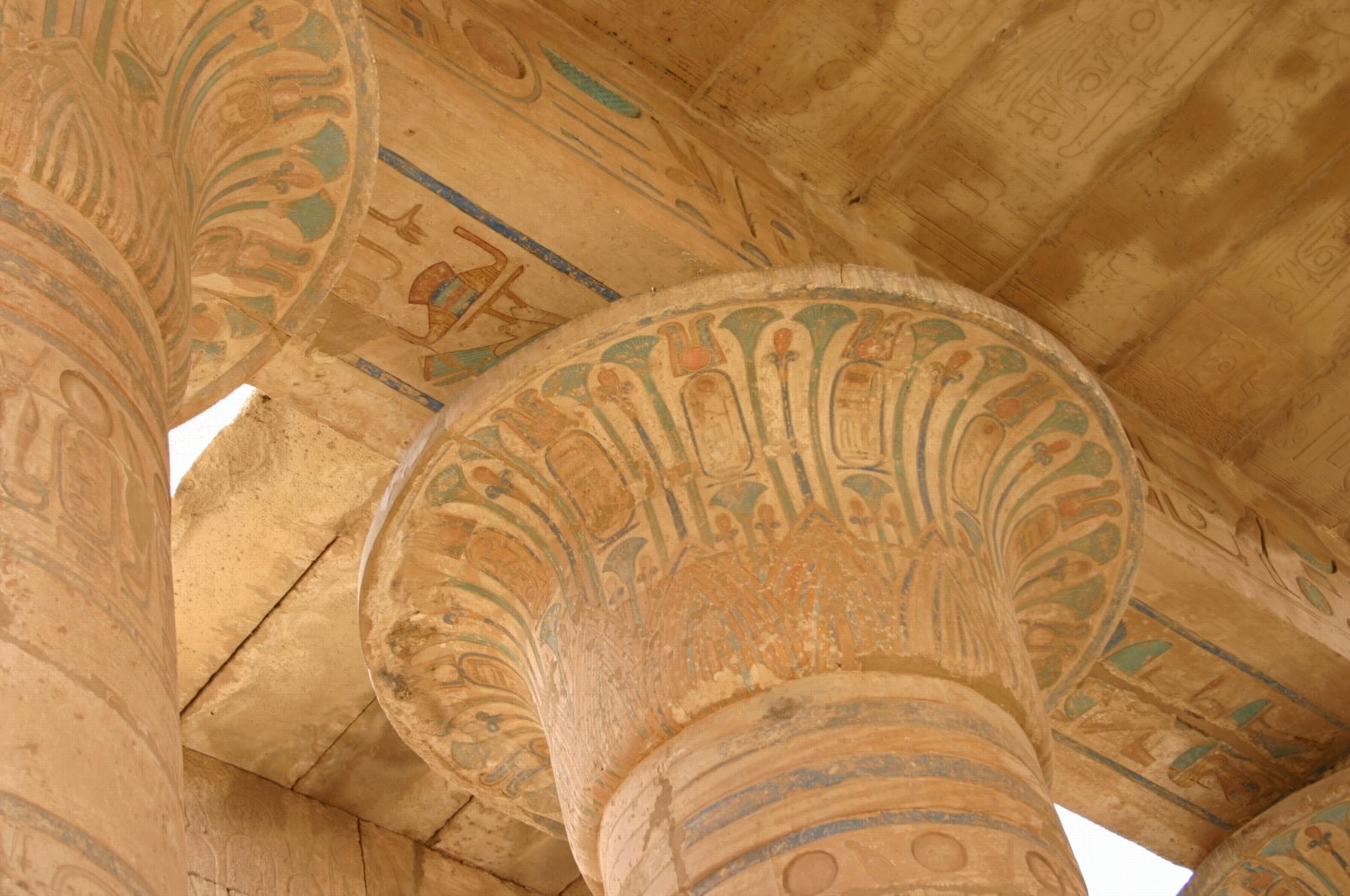 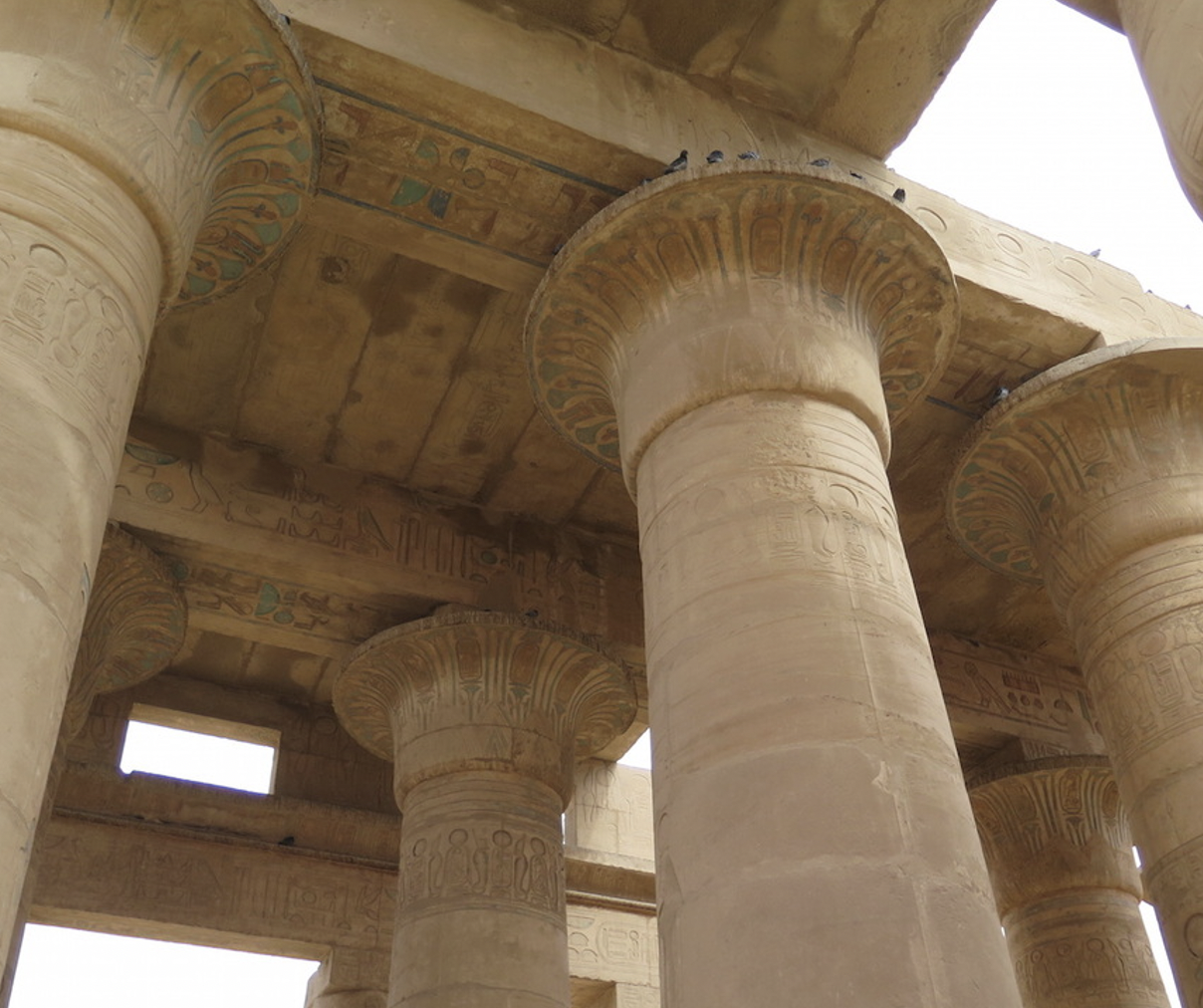 At the rear of the Temple is the Inner Sanctum.  This is where Pharaoh’s Ka Statue would have been located. To understand more about how the Ancient Egyptians continued to venerate their deceased Pharaoh as a Deity, click here. 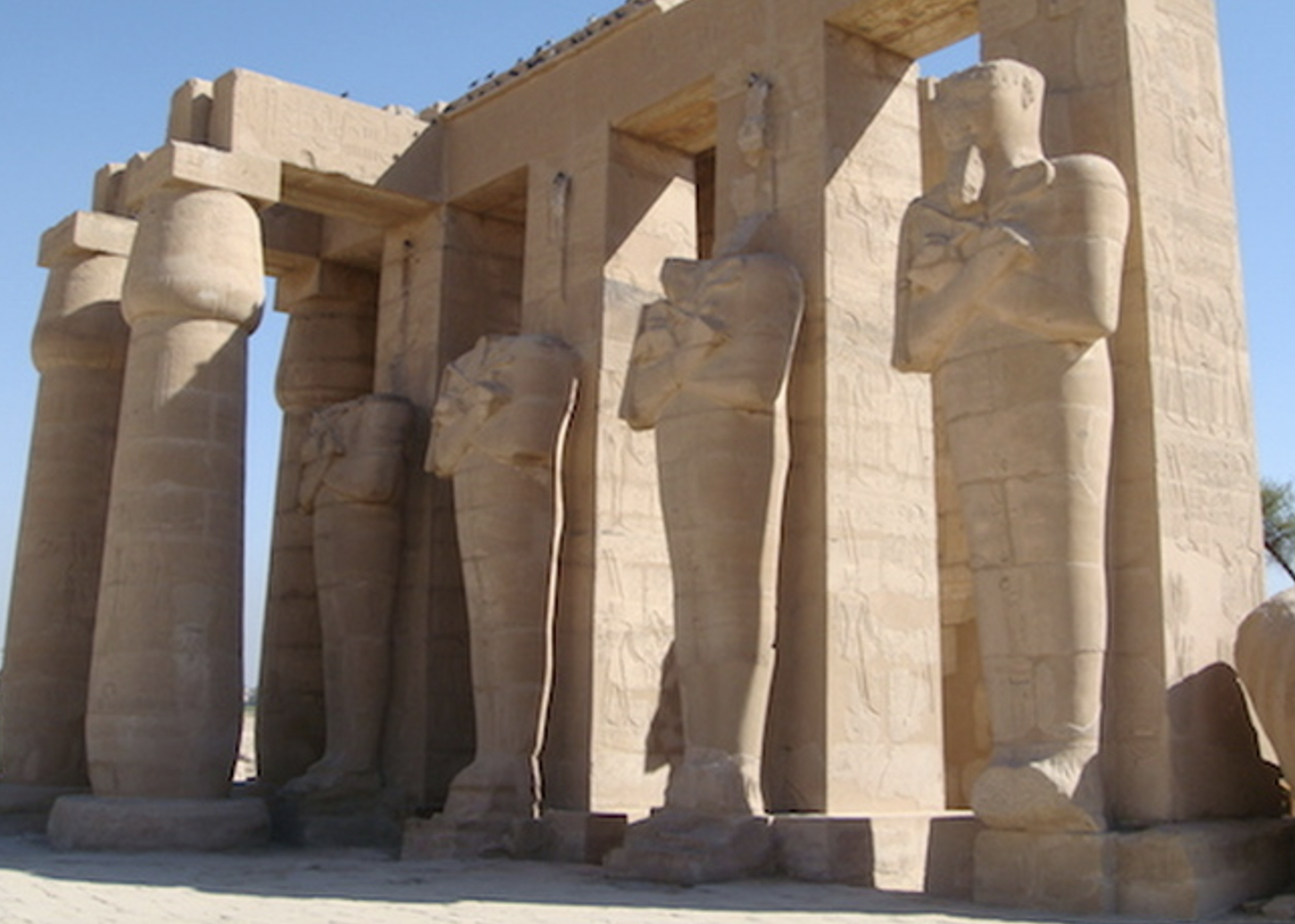 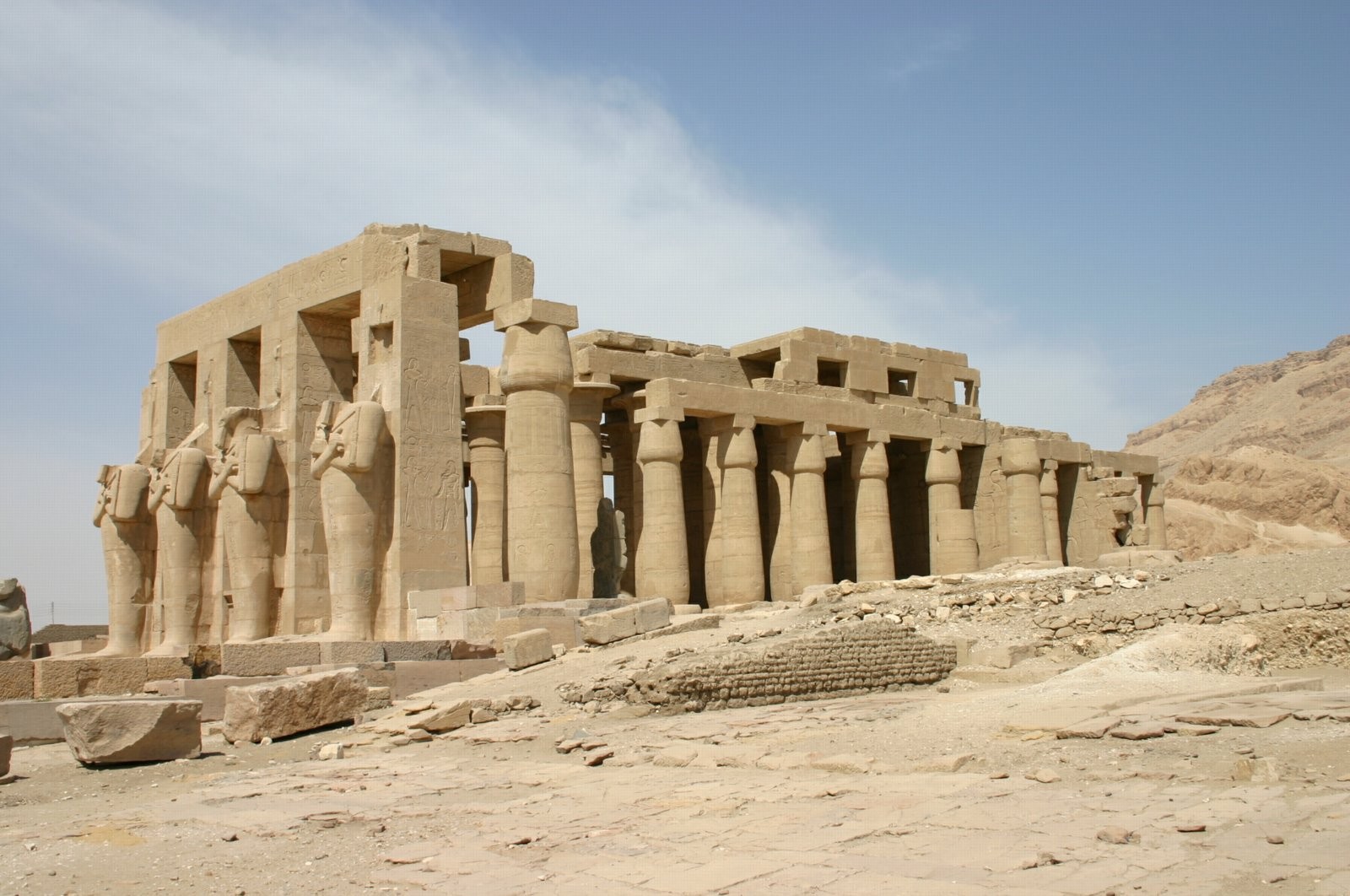 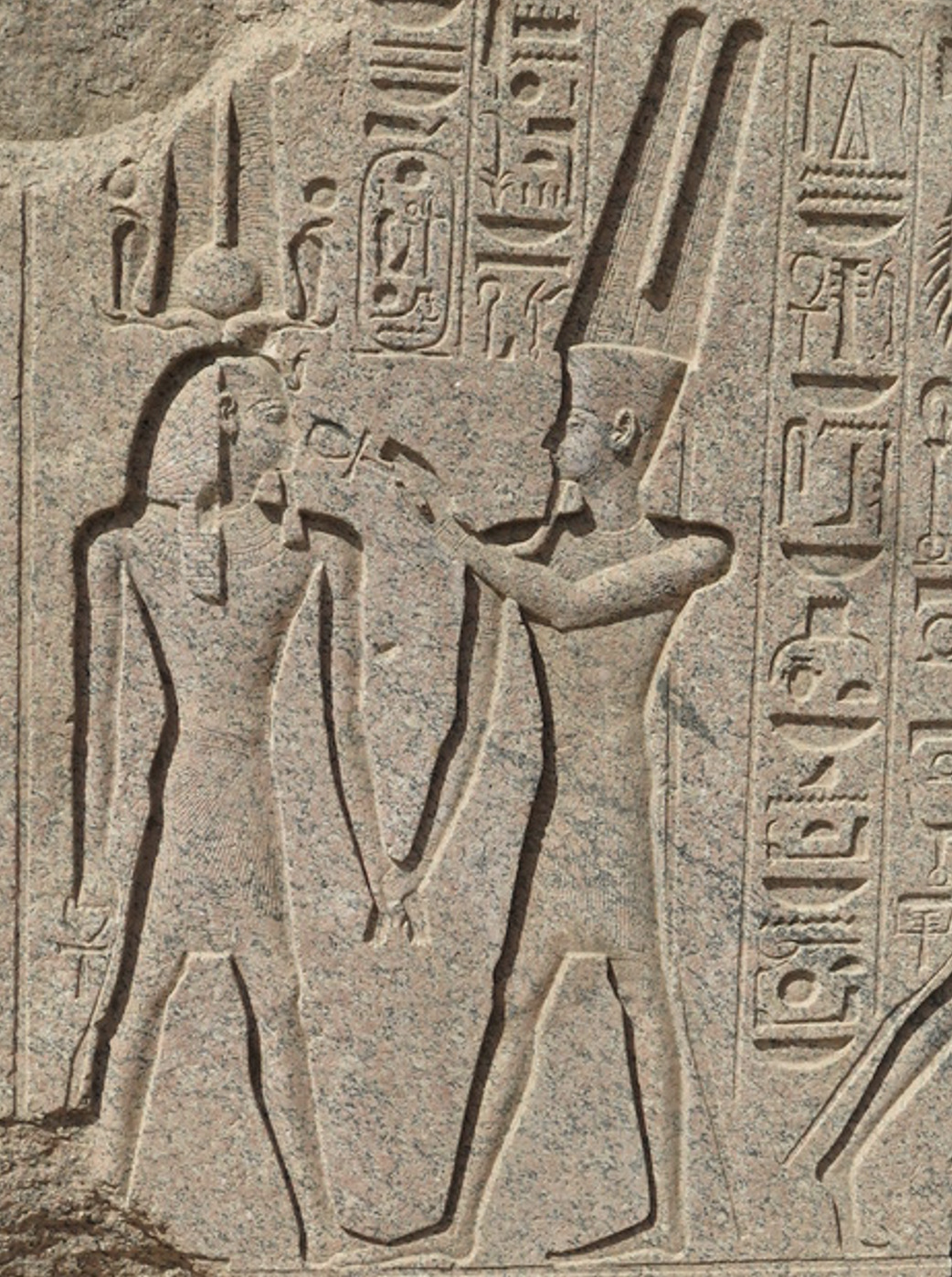 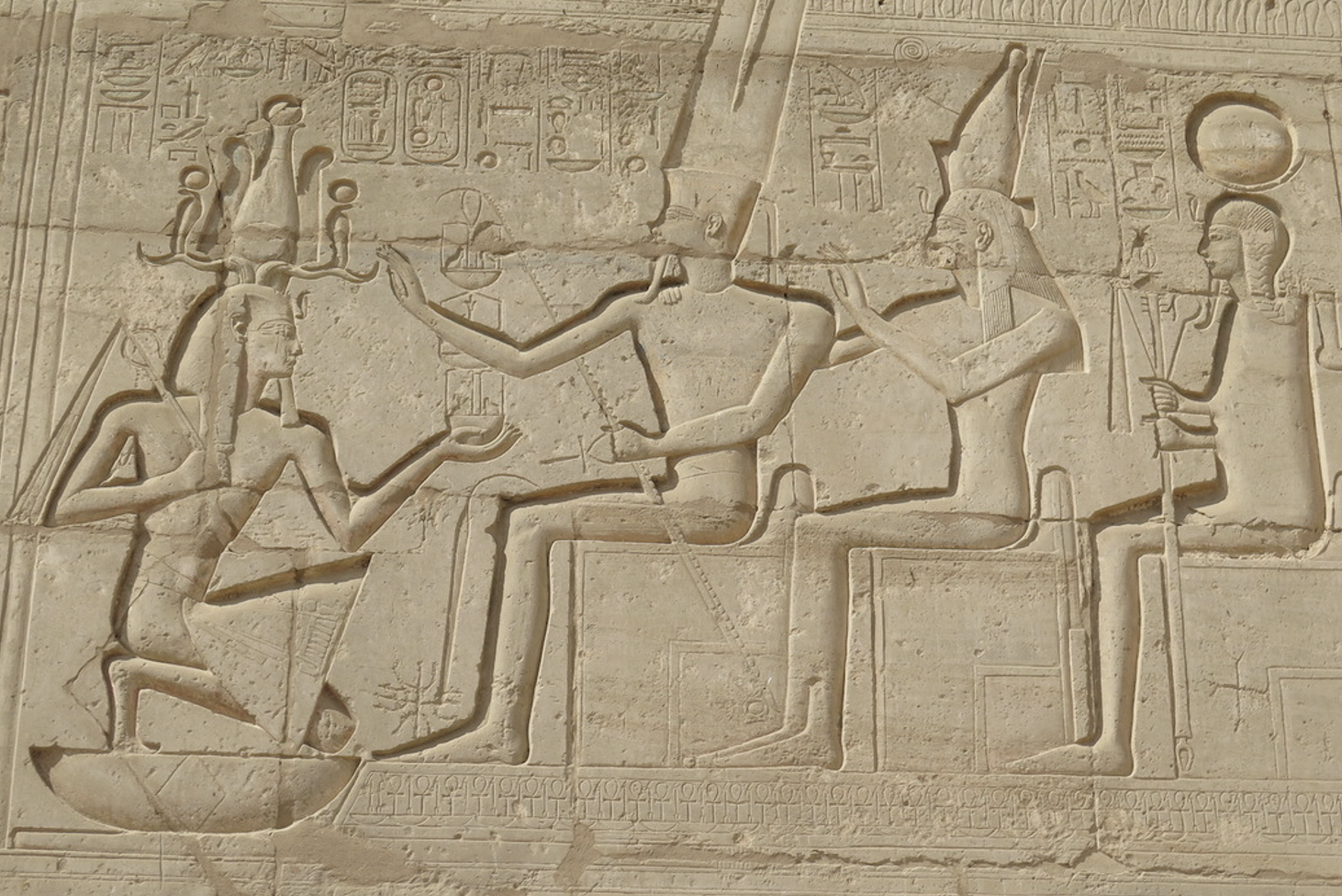 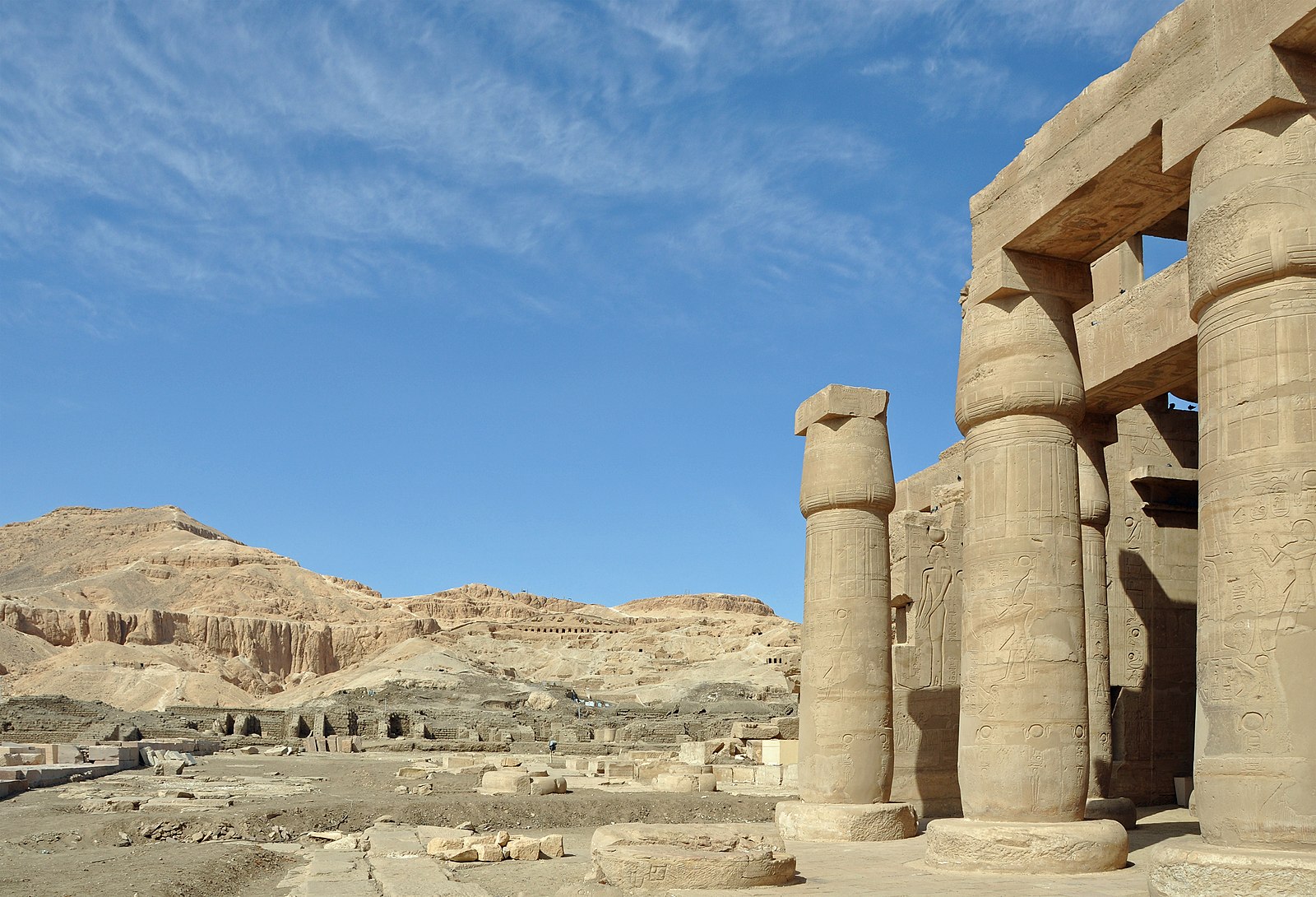 Locations given are as if the viewer was looking from above 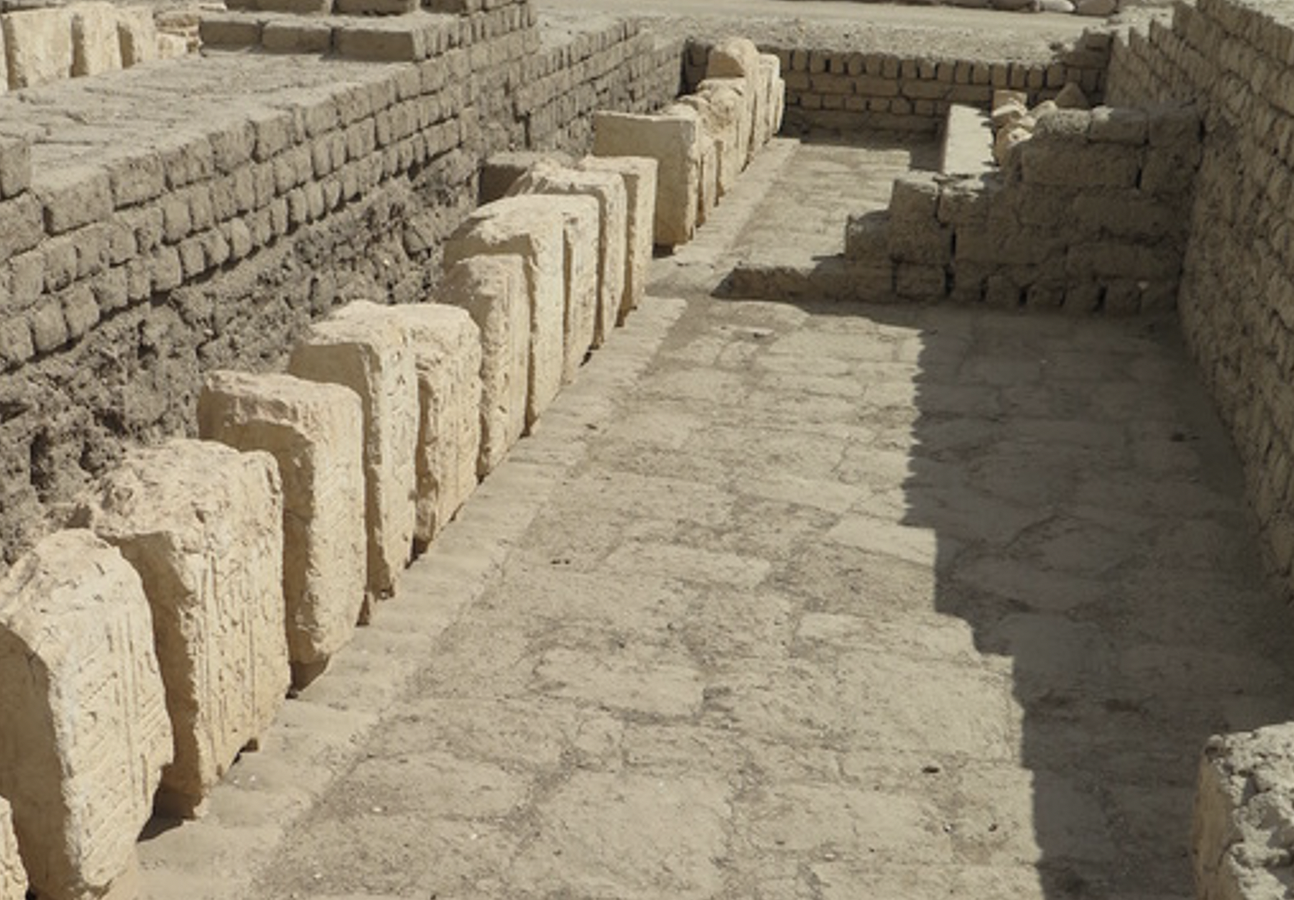 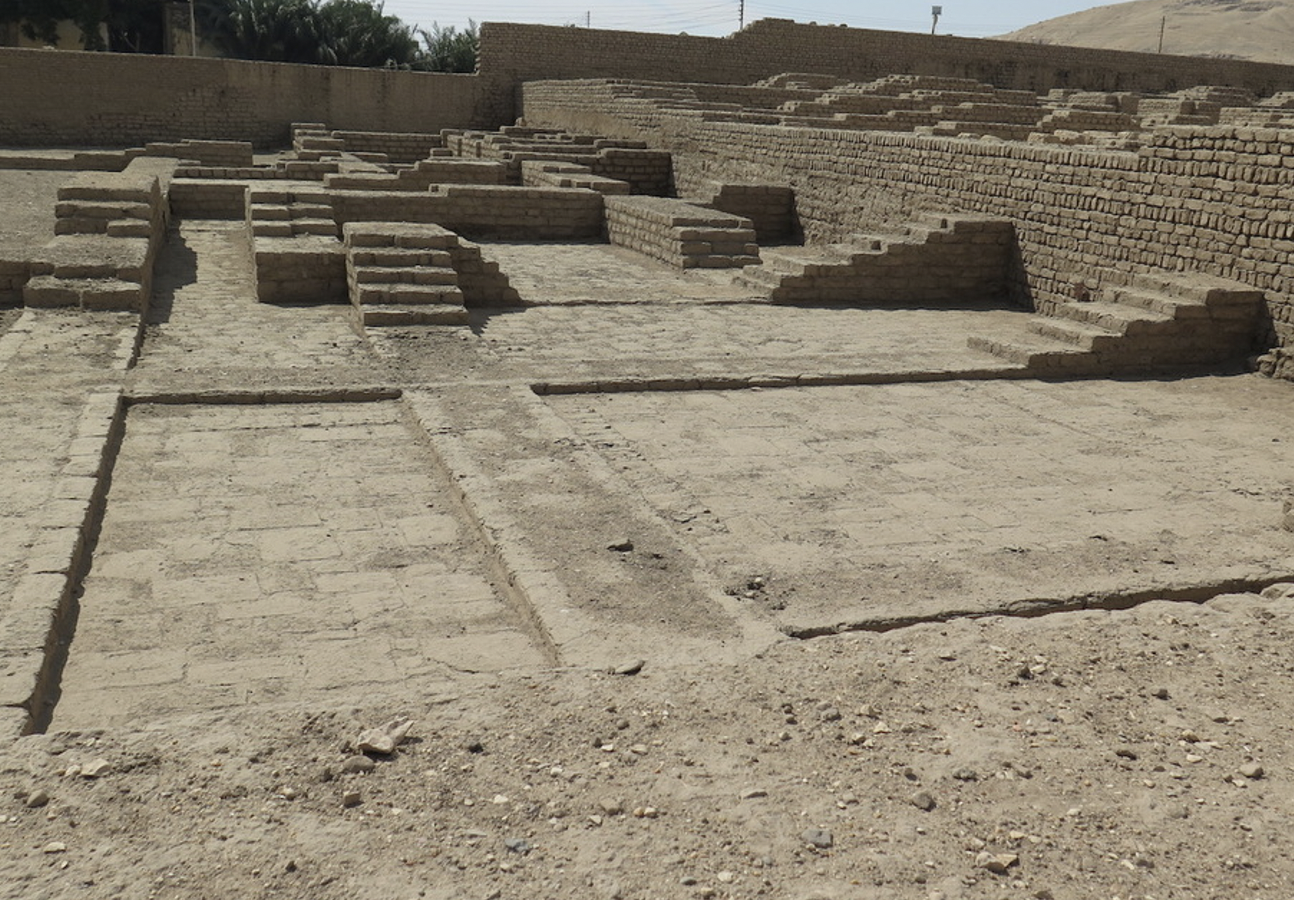 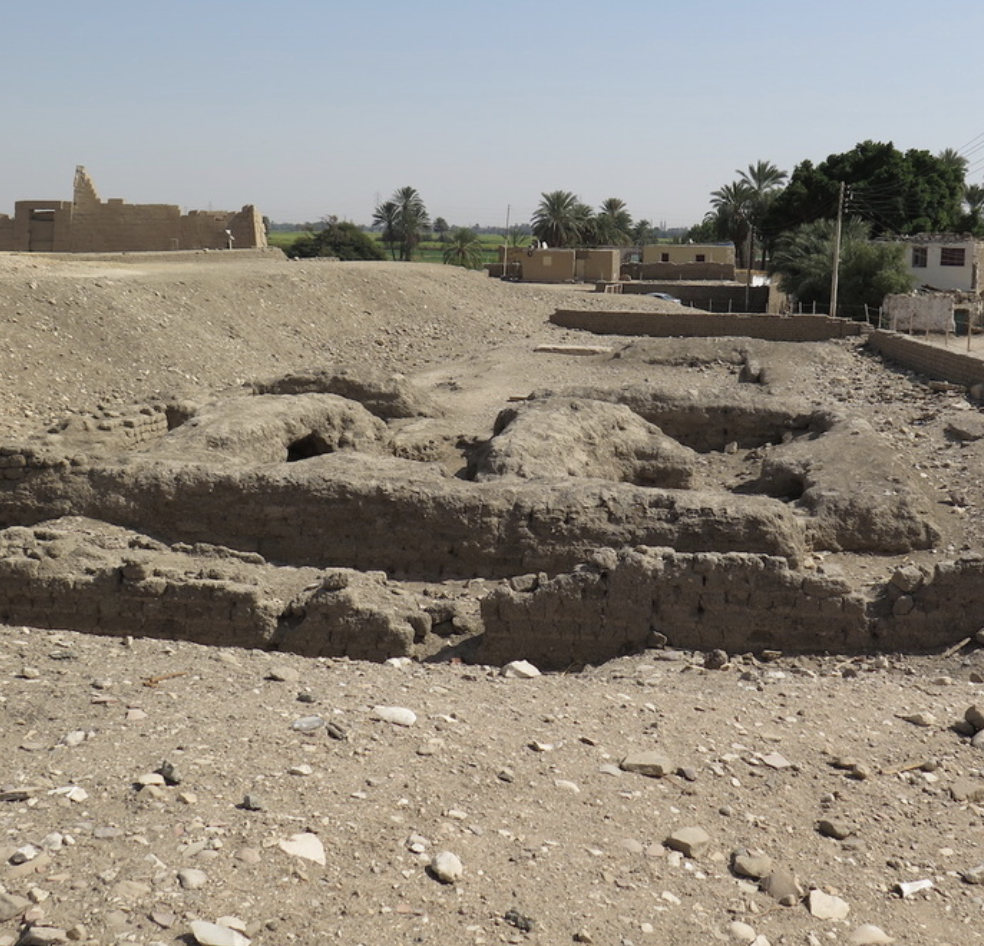 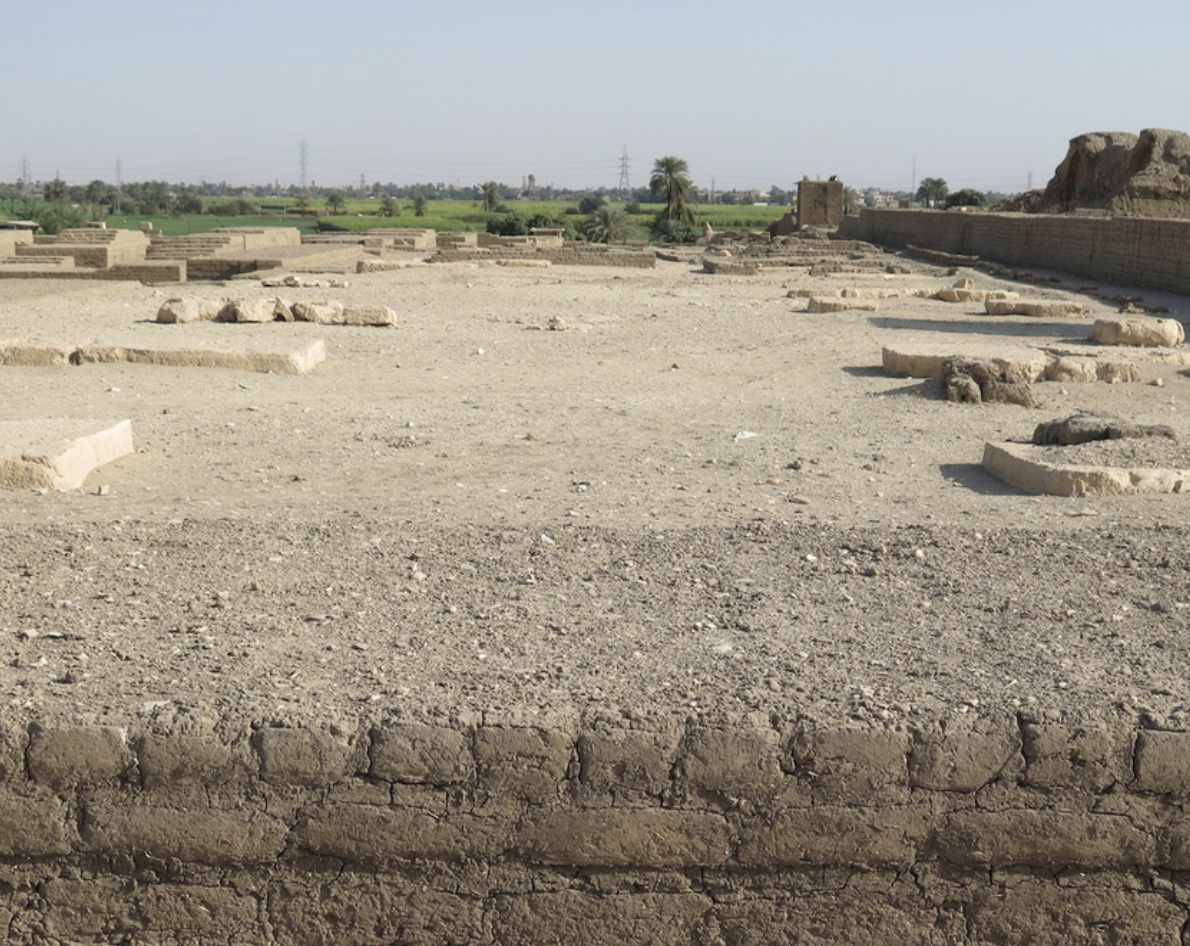 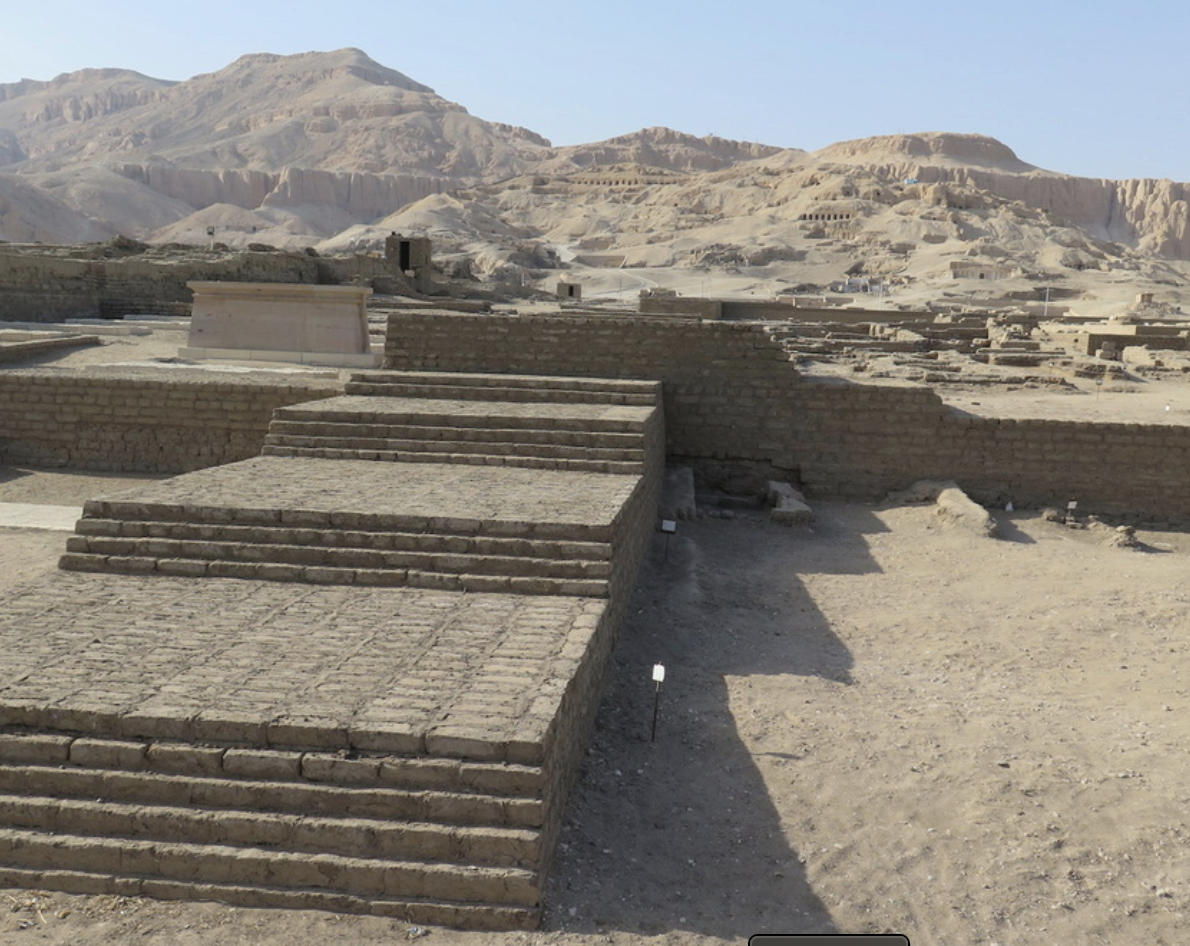 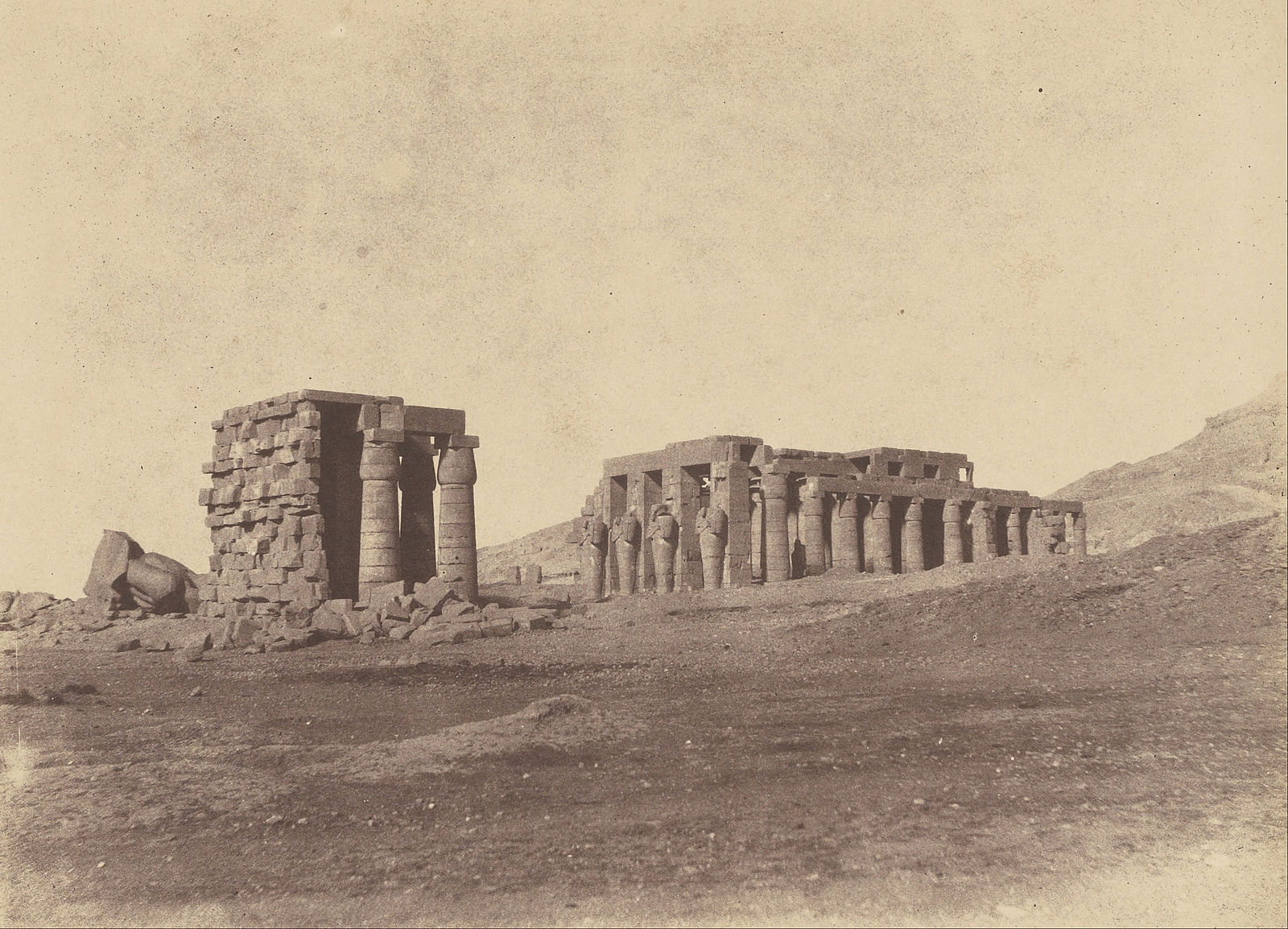 About 140 years later the Ramesseum was the site of striking Artisans and Workers who Pharaoh Ramses III had failed to pay. They marched from their Village at Deir el Medina and staged their strike. To find out more details, click here. 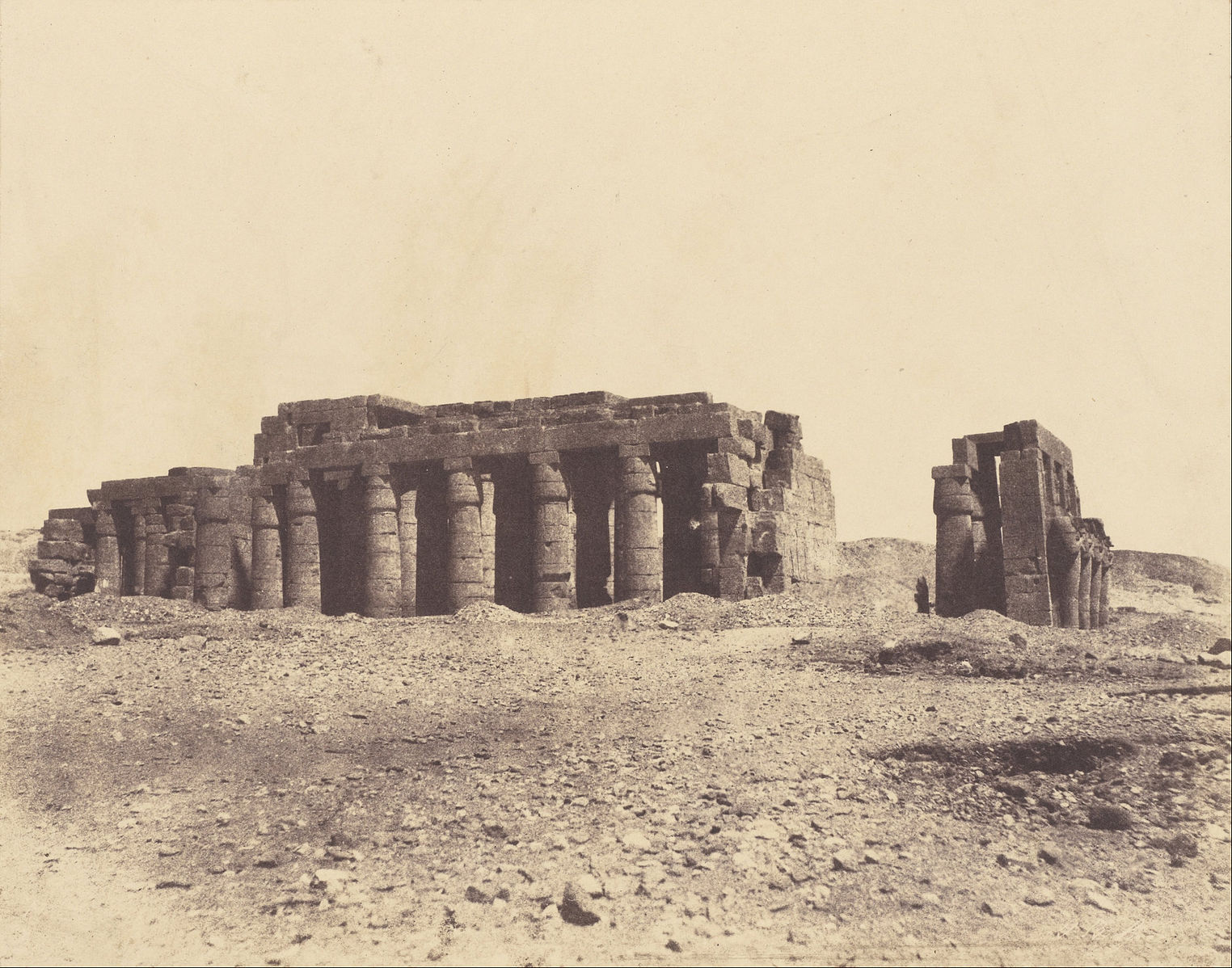 Compared to some other local Mortuary Temples the Ramesseum looks amazingly intact. However, using a little imagination can show you that there is much missing, broken and damaged in its remains.

As with many other ancient Temples, within and outside of Egypt, time and the weather has not been kind to the home of Pharaoh’s Cult. The yearly Nile Flood would have had an affect over time on the Temple and whilst this is perfect for the agriculture of Egypt it is not so convenient for a Temple. To learn more about the Nile’s annual Flood, click here.

Furthermore, later Pharaohs, especially Pharaoh Ramses III while constructing his Mortuary Temple, known as Medinet Habu, robbed stone and the statues, sphinx and stelae away from the Temple for their own reuse.

Later religions were also known to have reused the Ramesseum as their own places of worship and often desecrated the images that they believed to be heretical.

To compound these destabilising measures, the area has been subject to at least one earthquake in 27 BC. 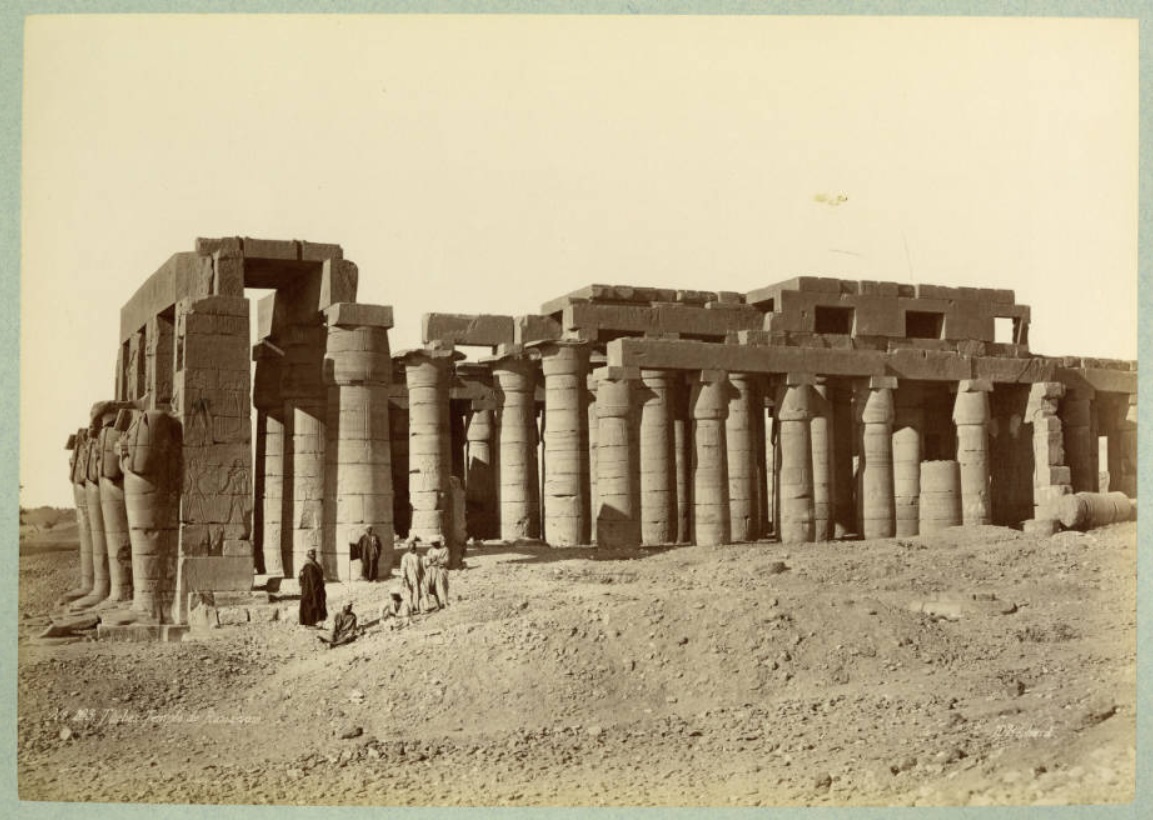