Born: Approx. 1323BC
Died: Approx. 1279BC
Reigned for: 11 years
Known for: Restoring an effective Foreign Policy; implementing a stronger and more organised military presence after the reign of Pharaoh Akhenaten; his monuments in Abydos, Karnak and the Valley of the Kings

For: Pharaoh Seti I
When: 19th Dynasty of Ancient Egypt
Where: Main Branch of Valley of the Kings
Known as: “Belzoni’s Tomb”, “the Tomb of Apis”, and “the Tomb of Psammis, son of Nechois” 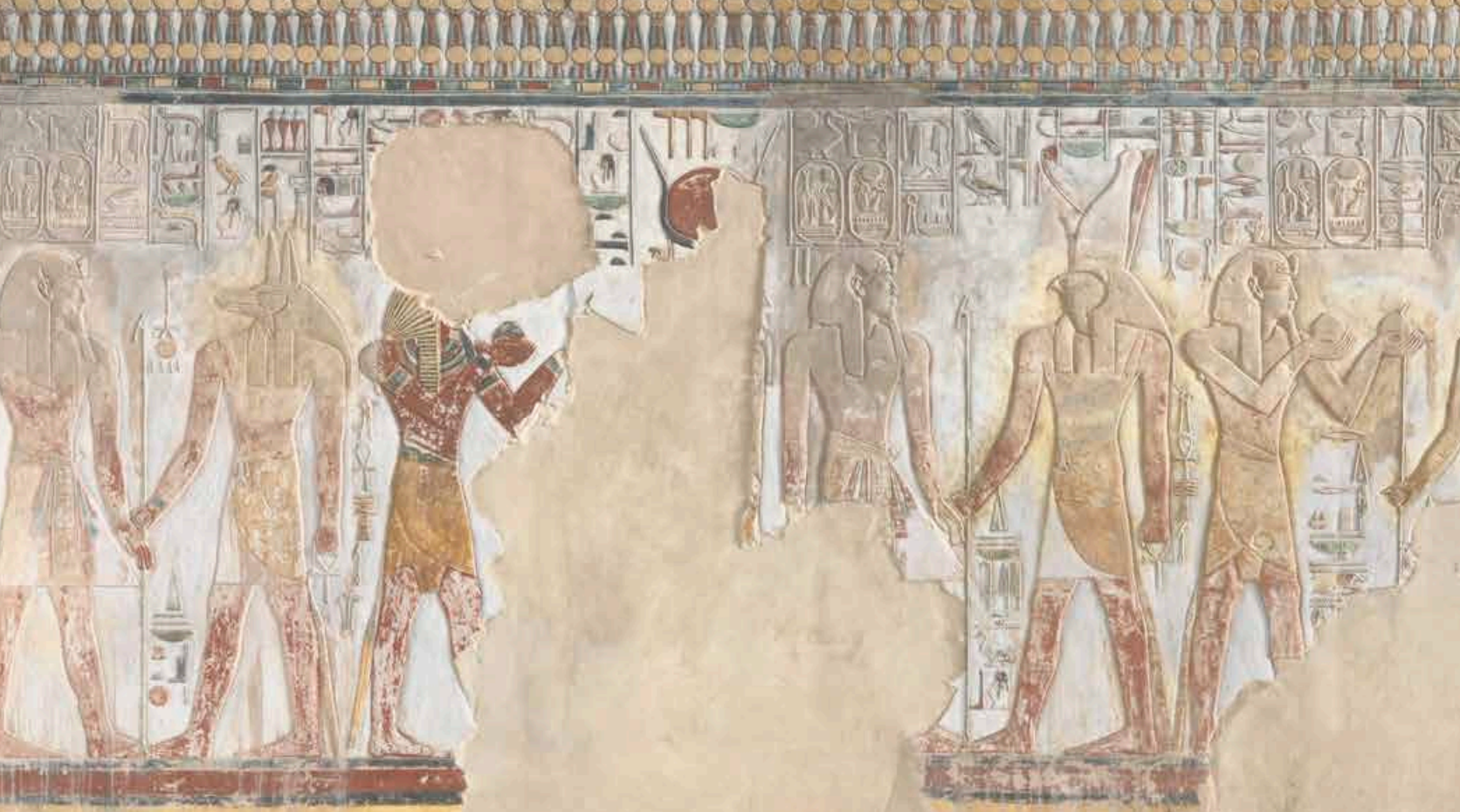 Life of Pharaoh Seti I 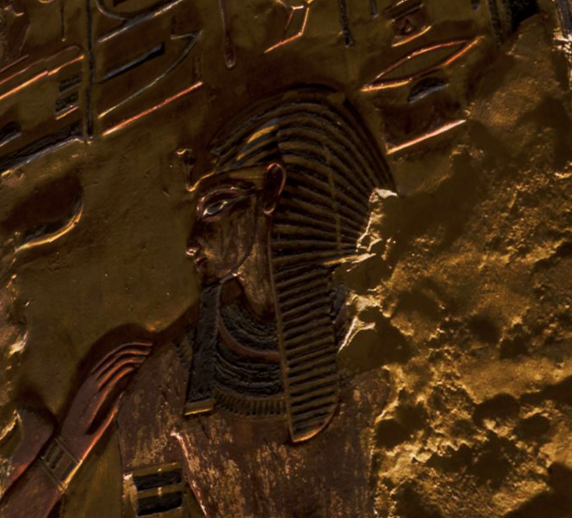 Commissioned and hewn from the bedrock in the Valley of the Kings, it is one of the largest Tombs in the Valley and when entered in modern times by Giovanni Belzoni was full of intact, beautifully carved and painted Reliefs. Due to human intervention the decoration suffered so this Tomb is now not often open to the public for viewing.

Unfortunately, when Belzoni opened the Tomb, Pharaoh’s Mummy was not inside, but luckily for us today, the Priests of Amun had moved the Mummy in antiquity to the Mummy Cache in the Valley of the Nobles.

The ramped Entrance leads down to a staircase and then the First Corridor; repeated again by a further staircase and then the Second Corridor. Directly after this is the Ritual Shaft. A 4 Pillared Chamber comes next which is decorated throughout with Spells from the Book of Gates; adjoining this room is a further Chamber with 2 Pillars where the decoration is drawn but not yet completed. At the rear of the Pillared Chamber is a staircase which leads to the Third Corridor and the last staircase. The entrance to this part of the Tomb appears as though it was originally concealed to fool Tomb Raiders. Beyond the last staircase was a small ante Chamber and then the Burial Chamber which has 6 Pillars of its own. This is where the Opening of the Mouth Ceremony decorations are found. Read Decorations below to find out more about this.

The Burial Chamber is in 2 parts: the Pillared area and then at the rear, a Crypt area where Pharaoh’s empty Alabaster Sarcophagus was found. As with most other Tombs in the Valley, there are annex rooms off the Burial Chamber which were presumably once full of Funerary Goods. To the left is a large 2 Pillared Annex with Osiris decorations throughout; to the right the Annex was called the Chamber of Djed; centrally was a 4 Pillared Annex.

The end of the Tomb was a lengthy Tunnel or Corridor that was never completed due to Pharaoh’s death, found underneath the Sarcophagus itself inside the Burial Chamber. It was thought that this Tunnel may lead to a hidden room, but this was excavated fully in 2011 and turned out just to be an unfinished corridor which may have symbolically been to reach the groundwater for Pharaoh’s Afterlife access. 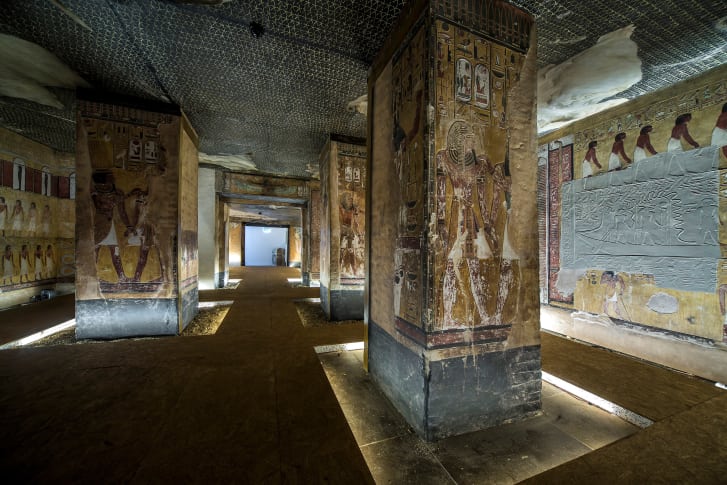 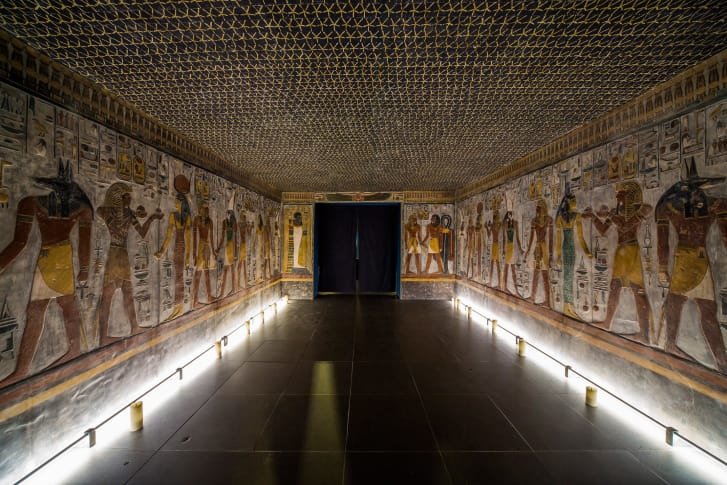 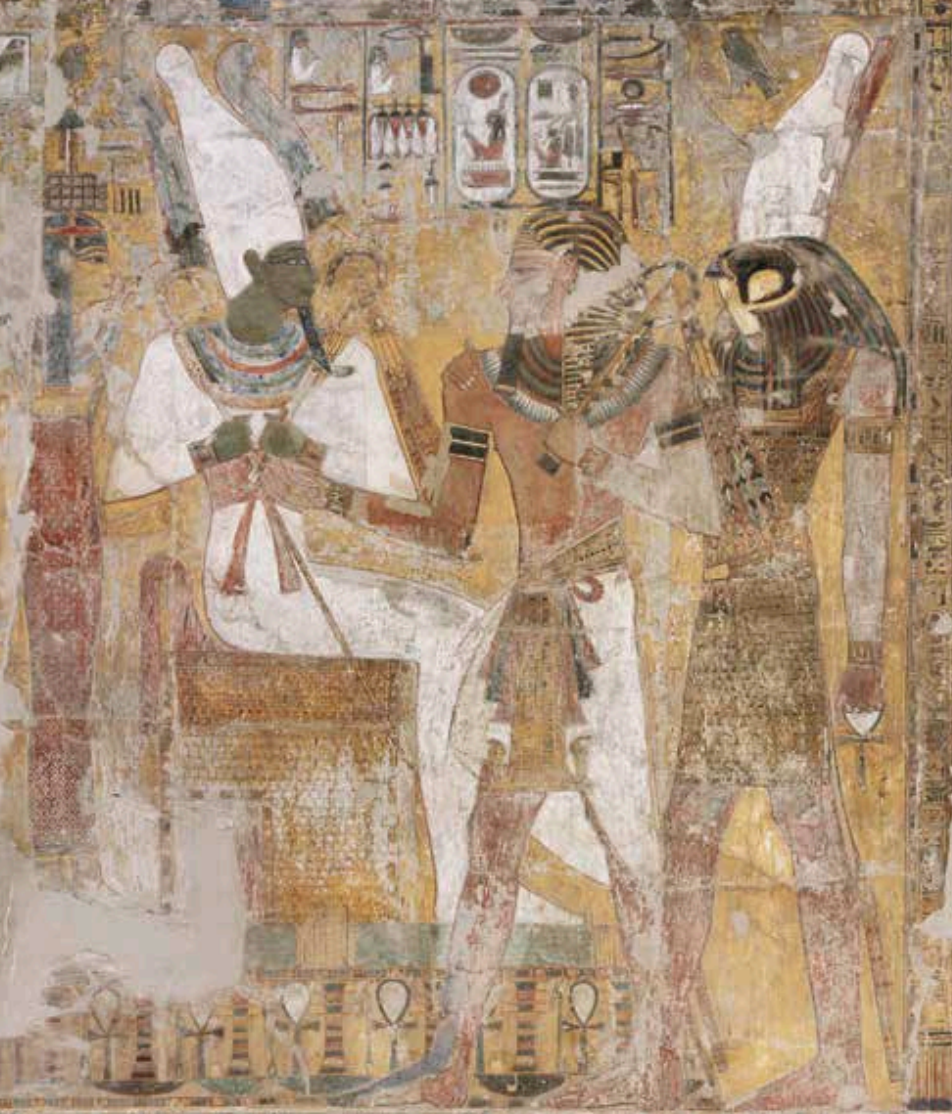 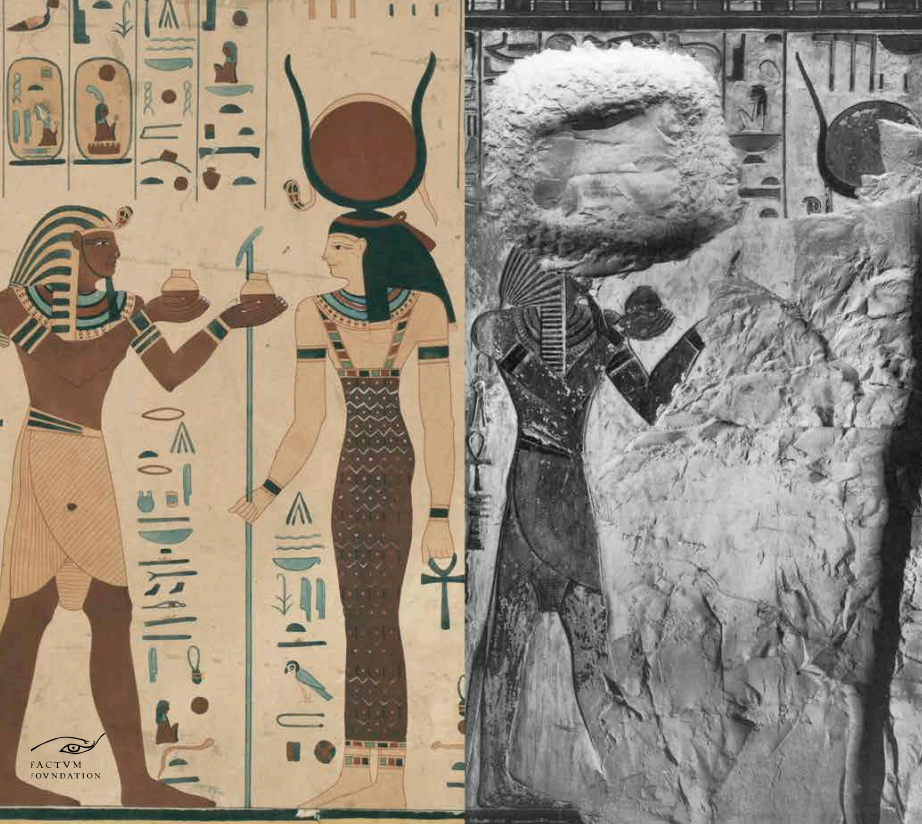 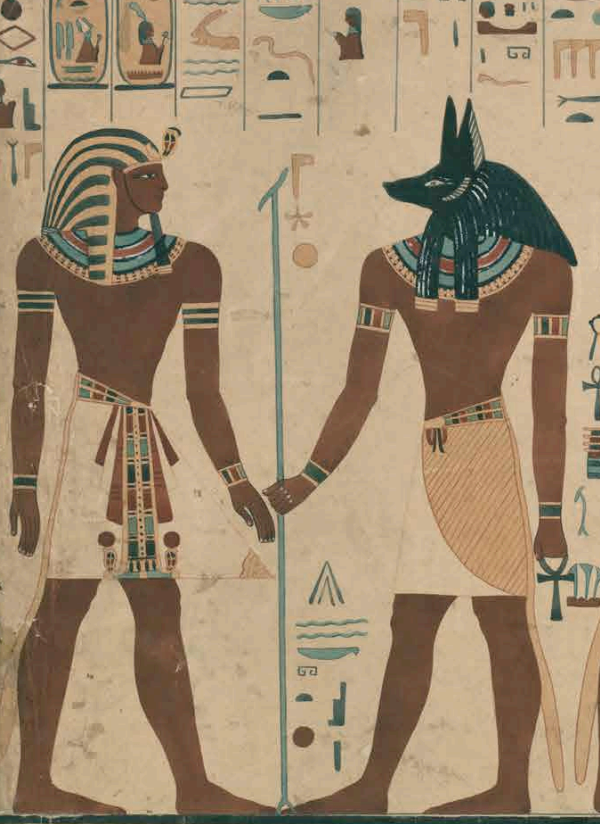 In the Entrance Corridors the decoration contains passages from the Litany of Ra, the Amduat, or the 3rd Hour, and Reliefs of Pharaoh praying to God Ra. In the Ante Chamber before the Burial Chamber itself can be found one of the most important Reliefs is the Opening of the Mouth Relief which told Egyptologists that proving that the Mummy can eat and drink and that the Mummy’s organs were working properly was extremely important for the Afterlife of that Mummy.

The Burial Chamber itself is decorated by Reliefs dominated by the God Osiris, Spells from the Book of Gates and the Amduat, whilst the vaulted ceiling is painted with astronomical motifs including the correct Constellations of the night’s sky at the time of the decorating of the Tomb and the Ancient Egyptian Calendar Units – such as months for today’s calendar.

After the Burial Chamber the antechamber portrays Pharaoh Seti I making offerings and say prayers before the Gods Anubis, Horus and Osiris; and the Goddesses Isis and Hathor. 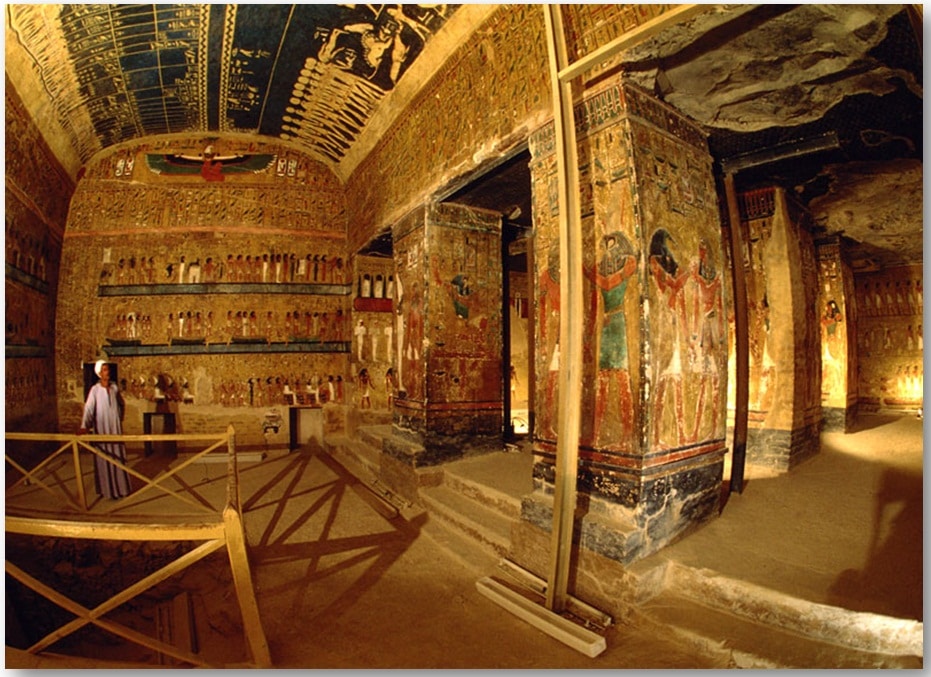