Architect Amenhotep served his namesake, Pharaoh Amenhotep III, during the 18th Dynasty. He was the son of Hapu and the Lady Itu, but it is not known whether he married and had any children of his own.

He rose through the ranks to reach a respected and influential level within the Royal Court and from there added Architect to one of his many Titles which included Scribe of Recruits and Priest. As an Architect he was involved with the following building projects:- 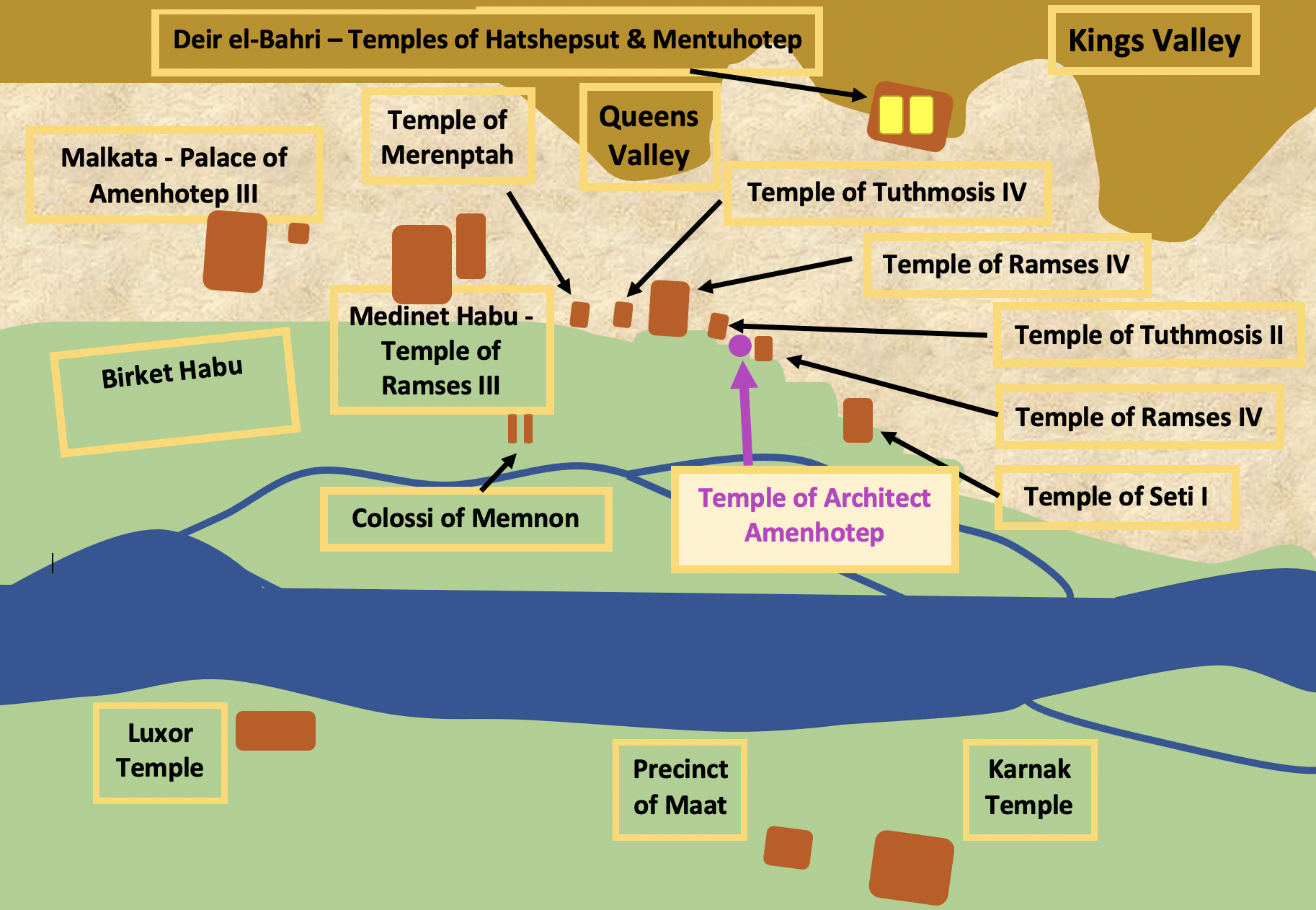 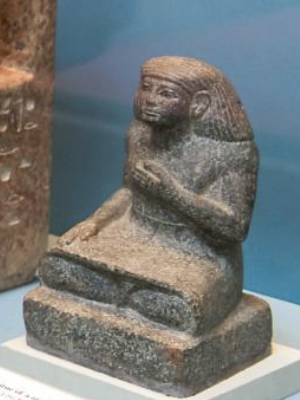 He was present and took a role in Pharaoh Amenhotep III’s Heb Sed Festival, after which he is understood to have retired from his roles within the Royal Court. Click here to learn more about the Heb Sed Festival.

He died when he was roughly 70 years old. His legacy continued and he became esteemed for his Healings, Philosophy and Teachings about Healing. It appears that after Imhotep, Amenhotep was the first non-royal to have been defied by the Priesthood after his death. Above this, Pharaoh himself ordered that a small Mortuary Temple was erected in the Theban Necropolis in Amenhotep’s honour. The only Temple for a non-royal in the area and the only non-royal Cult which was still being worshipped 300 years later. When Amenhotep’s Mortuary Temple was excavated in the mid 1930s it was discovered to be a total of 45 meters wide by 100 meters long: the First Courtyard was planted with 20 trees around a 25 meters by 26 meters Water Basin which was fed water from the Nile; after this there was a Pillared Porch or Portico which led to an elevated Terrace; a total of 3 Chapel Shrines surrounded the Mortuary Temple.