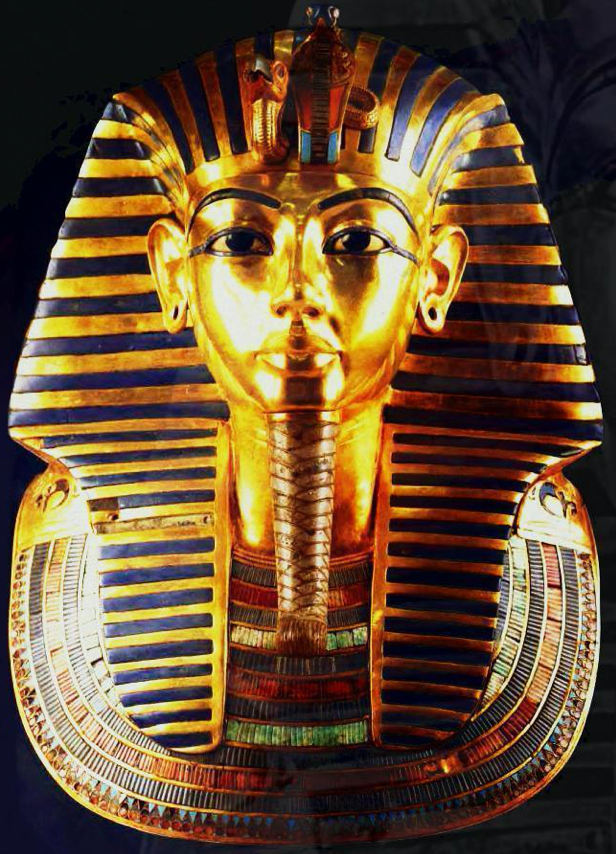 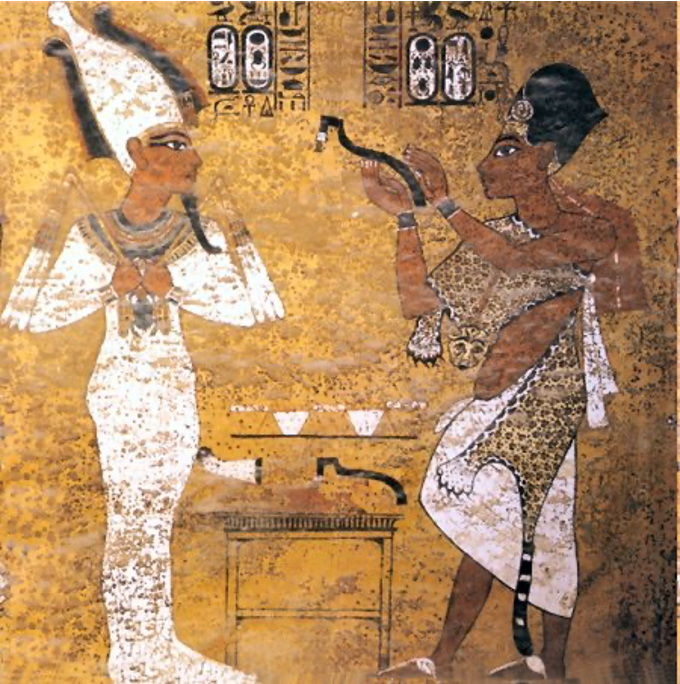 Pharaoh Akhenaten dies. When Pharaoh Tutankhaten is crowned, with assistance from his Vizier and Advisors: Vizier Ay, General Horemheb and Treasurer Maya; he rectifies the changes that his father had made to Egypt:

We know about these changes due to the Restoration Stela of Pharaoh Tutankhamun and its copies which were distributed to the Temple Sites throughout Egypt. This was undertaken to ensure that the Deities understood his role in the “upset” as an innocent child rather than a future Pharaoh who had any power against his father’s wishes.

The Stela specifically blames Pharaoh Akhenaten for the abandonment of the Deities and the damage that this caused:

“The Temples of the Gods and Goddesses from Elephantine to the marshes of the Delta” had “gone to pieces. Their shrines had become desolate, had become mounds overgrown. Their sanctuaries were as if they had never been. Their halls were a footpath. The world was in chaos and the gods had turned their backs on this land”

It goes on to show that Pharaoh Tutankhamun undid all of this and allowed the Deities to rule, bringing the rule of Ma’at back to Egypt:

“. . .he has expelled deceit throughout the Two Lands, and justice was set up” so that, “it might make lying to be an abomination of the land . . . . The good ruler, performing benefactions for his father Amun and all the gods . . .”

This reversal to the original Deities was continued under Pharaoh Tutankhamun’s successor, Pharaoh Ay, and his successor, Pharaoh Horemheb. Two of the three advisors who Pharaoh Tutankhamun turned to at the beginning of his reign. We can extrapolate from this that it may well have been the 3 advisors greatest wishes that the Religion, Royal Family and Royal Court returned to the status quo as quickly as possible after the death of the “heretical” Pharaoh Akhenaten. This point is illustrated by Pharaoh Horemheb usurpation of the Restoration Stela’s during his reign, supplanting his name in the place of Pharaoh Tutankhamun and his Great Royal Wife, Queen Ankhesenamun.

The Restoration Stela of Pharaoh Tutankhamun

Year 1, fourth month of Akhet, day 19, under the Majesty of Horus, Strong Bull, pleasing of births, Two Ladies, Effective of laws, who placates the Two lands, Golden Horus: Young of Appearance, who pleases the Gods, Son of Re, Tutankhamun, Ruler of Southern Heliopolis, Insibya, Nebkheprure

May he be given Life, like Re forever and ever, Beloved of Amun Lord of the Two Lands, Foremost in Karnak [Ipet-Sut], beloved of Atum Lord of the Two Lands of Heliopolis; of Re-Horakhte and Ptah-south-of-his-wall, Lord of Memphis; and of Thoth, Lord of Hieroglyphs [literally, words of the gods] the one who appeared upon the throne of the living Horus, like his father Re.

The good god, son of Amun, son of Kamutef, the good son, the holy egg whom Amun created, father of the Two Lands, the one who makes the one who made him, the ba’s of Heliopolis united in order to form him, to be King forever and ever, as Horus, living immortally. He is the effective King who did what was good for his father and all the gods. He restored everything that was ruined, to be his monument forever and ever. He has vanquished chaos from the whole land and has restored Ma’at to her place. He has made lying a crime, the whole land being made as it was at the time of creation.

Now when His Majesty was crowned King the temples and the estates of the gods and goddesses from Elephantine as far as the swamps of Lower Egypt had fallen into ruin. Their shrines had fallen down, turned into piles of rubble and overgrown with weeds. Their sanctuaries were as if they had never existed at all. Their temples had become footpaths. The world was in chaos and the gods had turned their backs on this land. If an army was sent to Djahy to extend the boundaries if Egypt, it would have no success. If you asked a god for advice, he would not attend; and if one spoke to a goddess likewise she would not attend. Hearts were faint in bodies because everything that had been, was destroyed.

Now some days after His Majesty appeared upon the throne of his father and he ruled the “Two Banks of Horus’, the Black Land and the Red Land being under his authority and every land bowed down before his might. How His Majesty was in his palace which was in the House of Aakheperkare, being like the Sun in the sky, and His Majesty carried out the works of this land and everything the Two Lands needed every day. Then His Majesty considered in his heart and looked for something which would be effective for his father Amun. He made the holy statue out of genuine electrum, giving to it more than he had done before. He made his father Amun 13 poles long, the holy statue being made of electrum, lapis lazuli, turquoise and every noble and precious stone, although the majesty of this noble god had been only 7 poles long before. His Majesty made monuments for the gods, making their statues from electrum from the tribute of the foreign lands. He renewed their sanctuaries as his monuments forever and ever, endowing them with offerings forever, laying aside for them divine offerings daily, laying aside bread from the earth. He added great wealth on top of that which existed before, doing more than his predecessors had ever done. He allocated waab-priests, God’s Servants and the heirs of the Chiefs of the Cities to be the sons of wise men whose reputation is established. He has enriched their tables with gold and silver, bronze and copper without limit. He has filled their storehouses with male and female workers and with His Majesty’s booty. He has added to the wealth of every temple, doubling, trebling and quadrupling the silver, gold, lapis lazuli, turquoise and every noble precious stone, together with byssus, white linen, ordinary linen, oil, fat, resin, incense, perfumes and myrrh without limit.

His Majesty, Life Prosperity Health, has made quays for the river from new wood from the hill-slopes from the pick of Negau, inlaid with gold, the tribute of foreign countries, so that they might decorate the river. His Majesty, Life Prosperity Health, picked male and female servants, musicians and dancers who had been women of the palace, their cost being charged to the palace and to the treasury of the Two Lands. I shall have them protected and guarded for my ancestors, the gods, in the hope that they will be contented, by doing what their ka’s wish while they protect Egypt.

Now the gods and goddesses of this land are rejoicing in their hearts, the Lords of the temples are in joy, the provinces all rejoice and celebrate throughout this whole land because good has come back into existence. The Ennead [the nine gods of creation] in the temple, their arms are raised in adoration, their hands are filled with jubilees forever and ever. All life and might is with them, and it is for the nose of the mighty King Horus, repeater of births, beloved son of his father Amun Lord of the gods, who made the one who made him, the King of Upper and Lower Egypt, his eldest son, the true and beloved one who protects his father who begot him. His Kingship is that of his father Osiris son of Re, the son who is good to the one who begot him, plentiful in monuments, rich in wonders, the one who makes an accurate monument for his father Amun, fair of births, the King who has established Egypt. 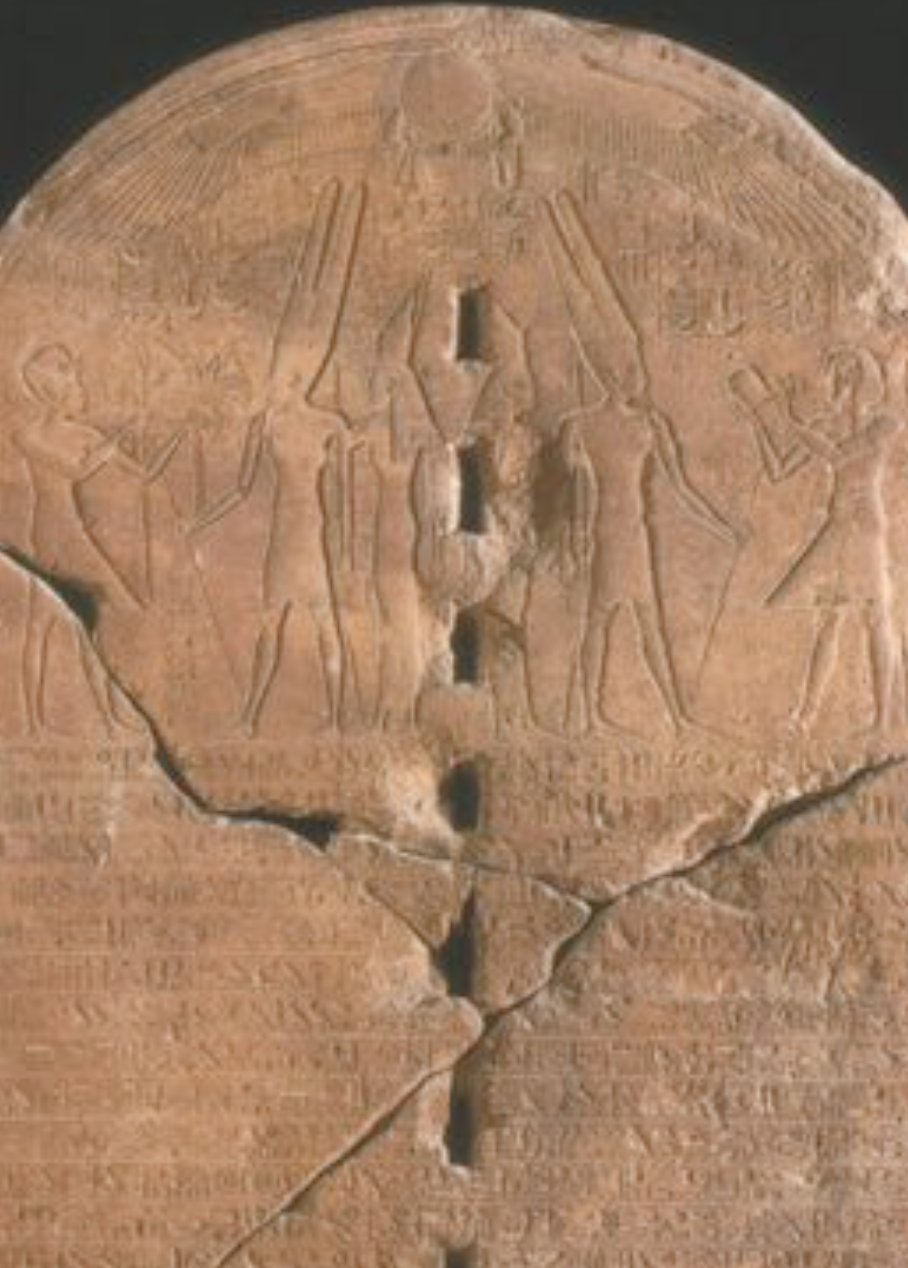 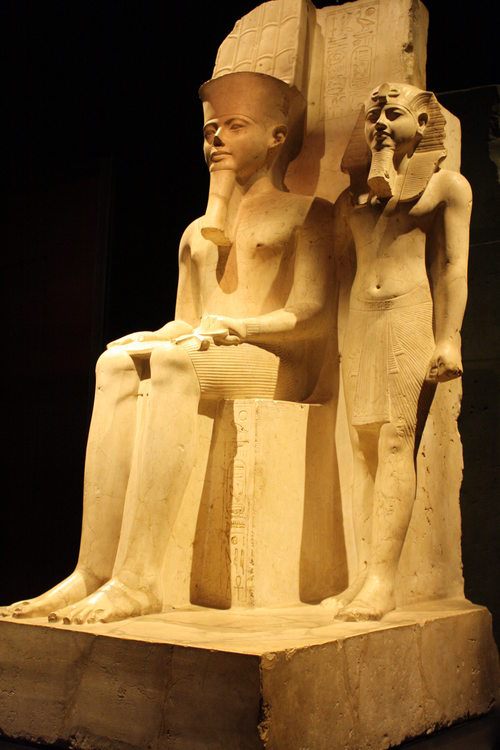