What is an Ancient Egyptian Pyramid? 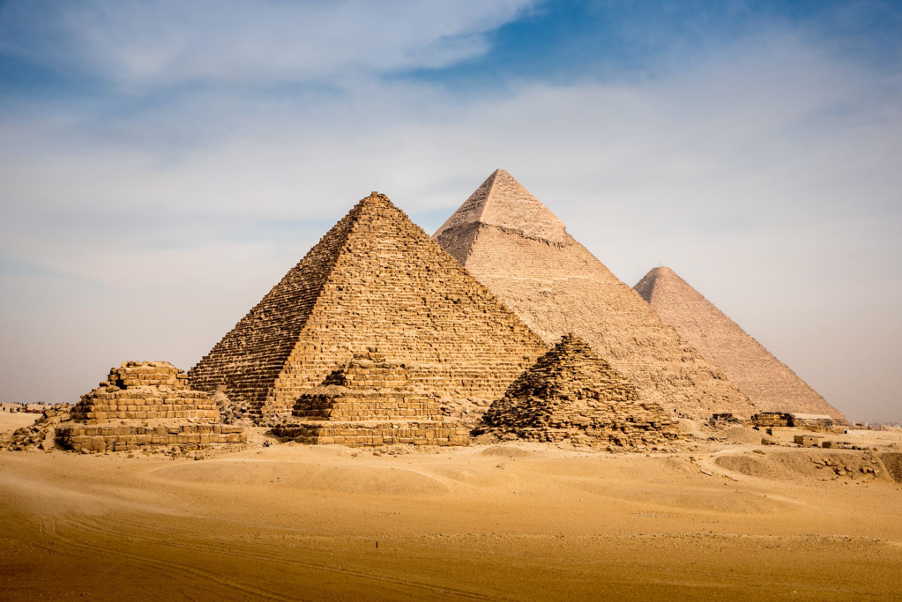 Built for the Pharaoh and often their Chief Royal Wife during the Old and Middle Kingdom Periods. Its Triangular shape was meant to represent the Primordial Mound from which the Earth was created, its shape for the Gods would be a perfect image and on land it would reflect the sun’s rays.

Constructed in their lifetime and in line with the relevant stars in the night’s sky. The place of the Pharaoh’s ascent to join their co-Deities in the Afterlife.

Brief History of the Pyramids in Egypt

The Early Dynastic Period had Mastabas. By the time of the 3rd Dynasty this had merged into the stepped Pyramid structure of Pharaoh Djoser. When the 4th Dynasty, this had transitioned into the Pyramid shapes at Meidum, Dashur, and Giza. By the end of 6th Dynasty the building of Pyramids had mostly finished, and many were in a state of disrepair.

To date there are 110 known pyramids

This is not believed to be the total