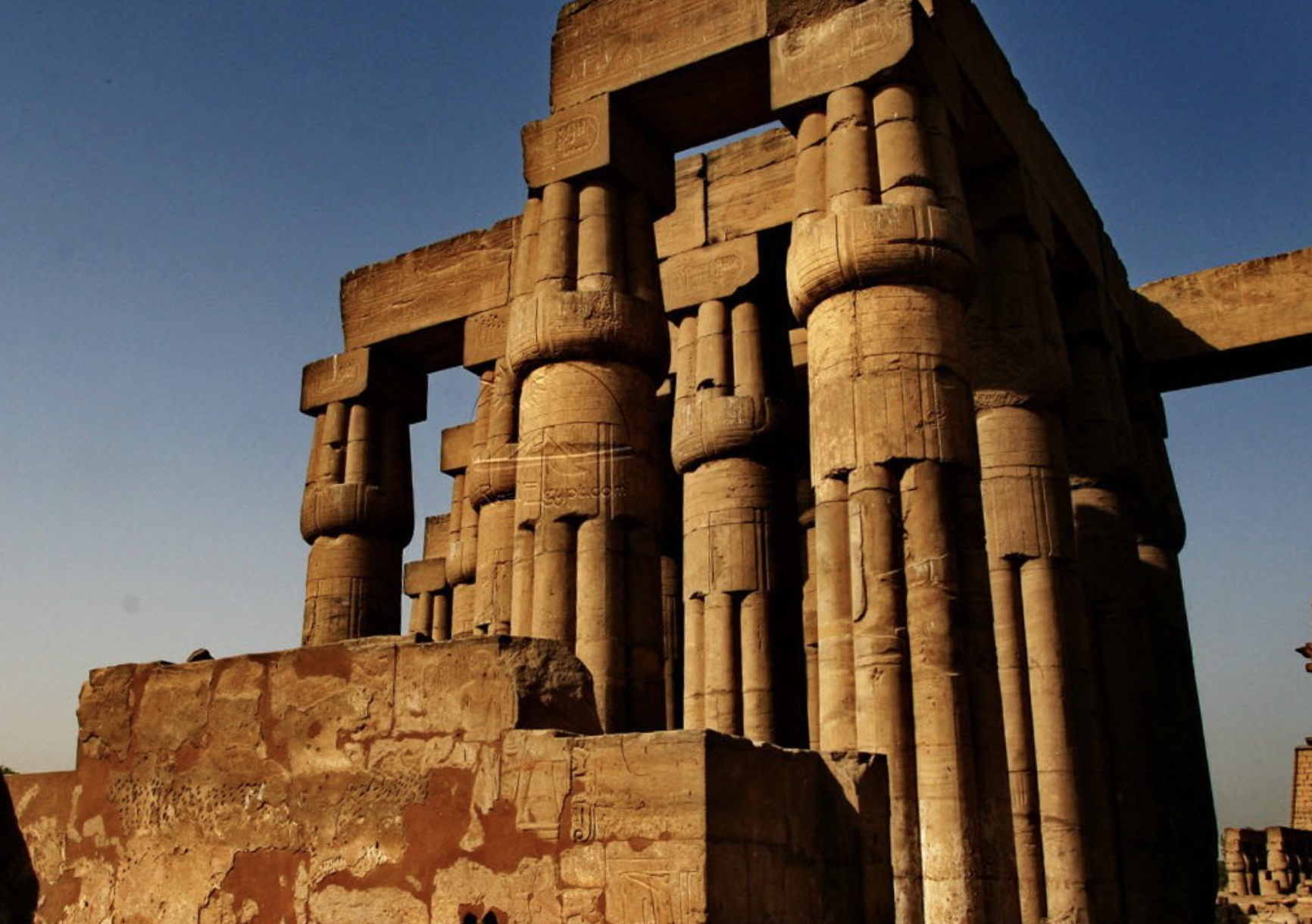 Moving on through the Temple, you reach the Sun Court which again was commissioned by Pharaoh Amenhotep III. Reaching the Courtyard, you will see that it is surrounded on 3 edges by 2 layers of Columns. The Columns are topped with closed bud flower Papyrus Plants. Some of the Columns still hold their Architraves which would have held a partial roof.

When the Court was excavated in 1989, 26 statues were found to be buried inside which were buried by Roman Priests. These are now on display at Luxor Museum. 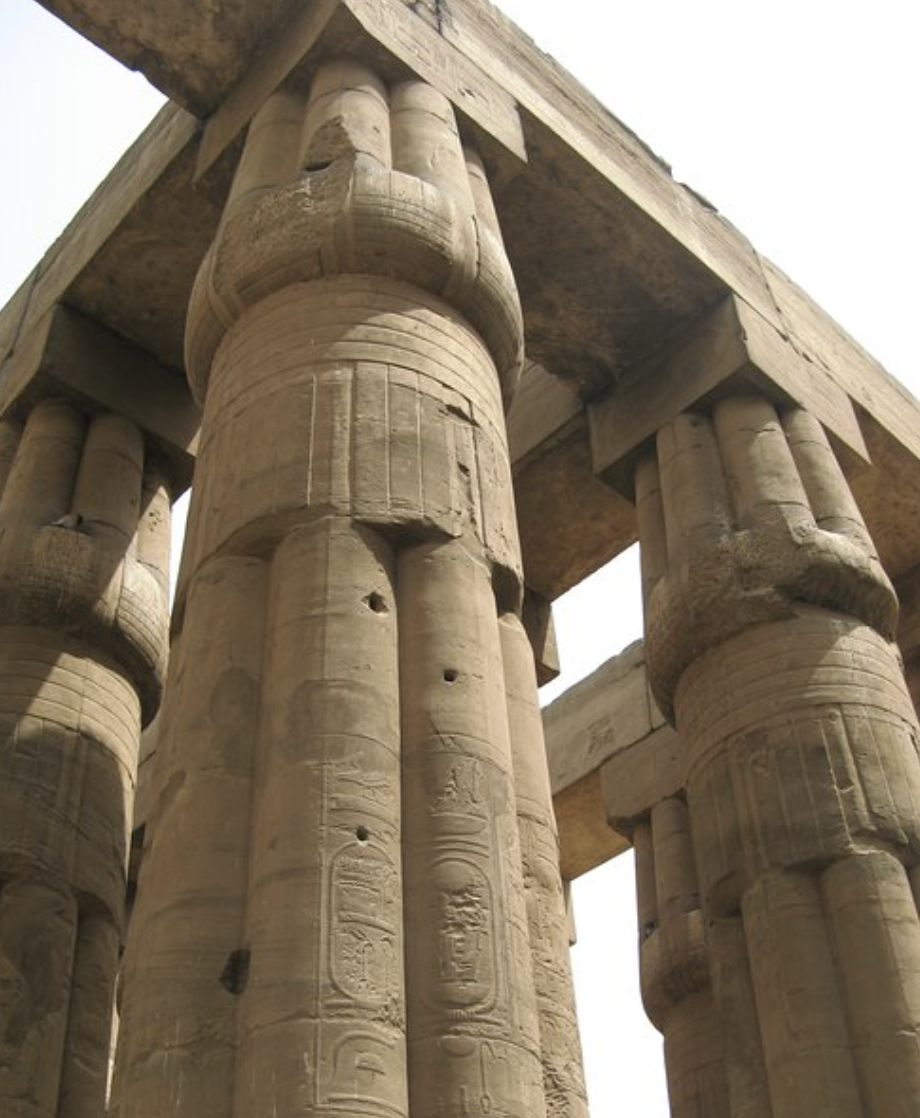 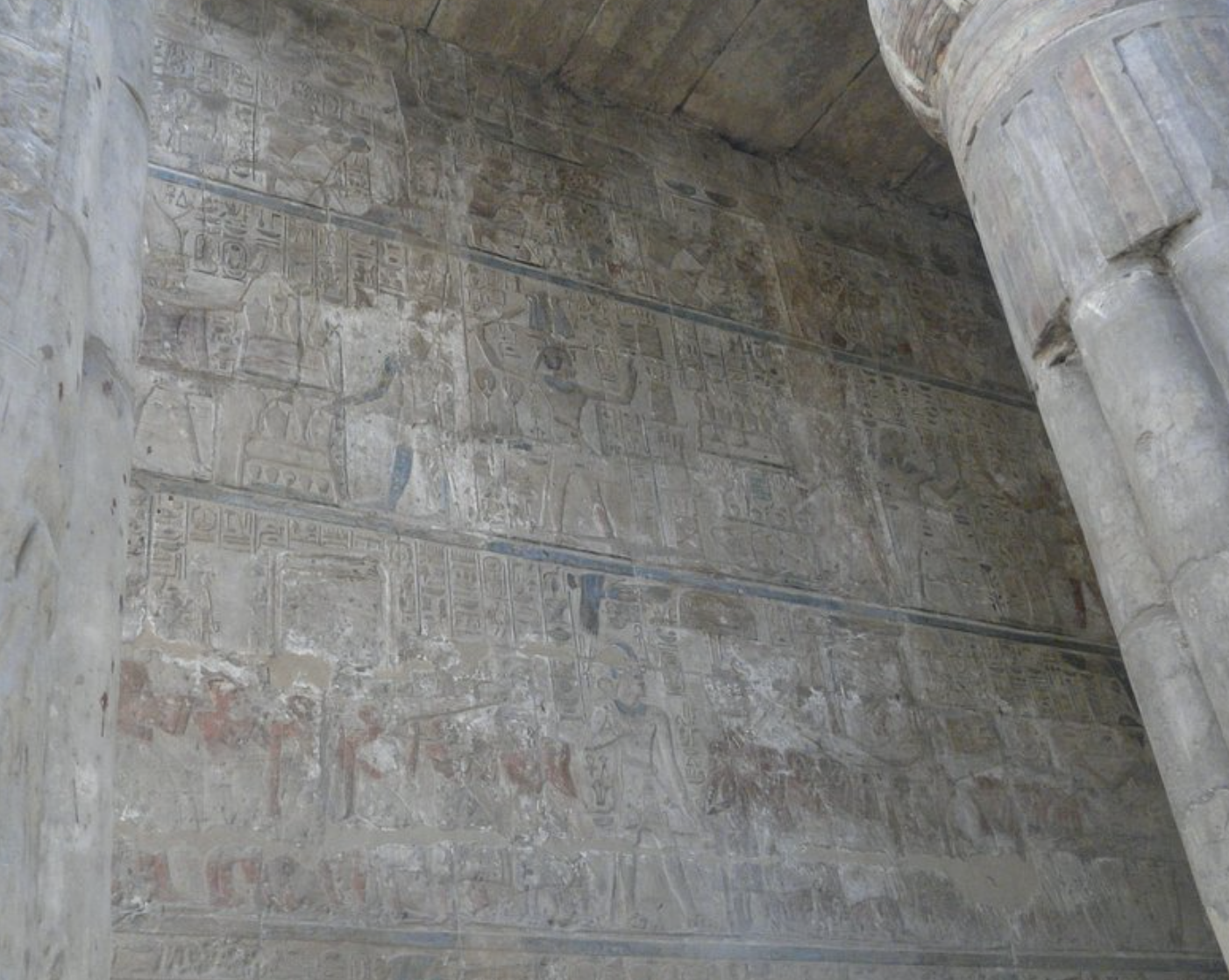