The Pyramid of Pharaoh Sekhemkhet from the 3rd Dynasty which was modelled on Pharaoh Djoser’s Step Pyramid and located close by to the southwest. Pharaoh Sekhemkhet only reigned for approx. 6 years and Egyptologists believe that his short reign was the main reason as to why the Pyramid was never fully completed. The Architect could well have been Imhotep, who also created Pharaoh Djoser’s Step Pyramid Mortuary Complex, as his name appears on the Enclosure Wall, but this cannot be certain as there are no Titles for Imhotep with the carvings of his name.

Discovered under the desert sands by Archaeologist Zakaria Goneim in 1951 whilst excavating Pharaoh Unas’ Pyramid and Mortuary Complex, the first part of the Mortuary Complex to be located was the Enclosure Wall, riddled with false doors, which enveloped the Mortuary Complex. The Walls, approx. 10m high, were all dressed in Tura Limestone which has been partially preserved.

The Complex is orientated with a north-south axis, but the true entrance to the Complex remains a mystery.

Inside the Walls were:

Pyramid of Pharaoh Sekhemkhet
Due to be erected as a Step Pyramid, the remains of the Buried Pyramid are to be found at the centre of the Mortuary Complex it had a base of 115m with only the first step completed. Its Foundations were on an uneven rocky surface which forced the builders to level the base for the Pyramid by building terraces some of which were up to 10m high. This leads architects to suggest that if the Pyramid had been completed, it would have reach 70m high.

Internally, Egyptologists found a decaying Wooden Casket which held Cosmetic Jars, Beads and Gold Bracelets some of which included Pharaoh’s name. Moving on through the Pyramid the discoverers located the undecorated Burial Chamber which had an Alabaster Sarcophagus which appeared to have been sealed since the Pharaoh’s demise. Regrettably, when it was opened on 26th June 1954 the Pharaoh’s remains were not inside.

South Tomb
1963 heralded the foundation of the South Tomb of the Mortuary Complex. Inside the antiquity robbed Tomb was found a 2-year-old child with their wooden coffin along with animal bones, stone vessels and gold jewellery from the 3rd Dynasty.

Subterranean Network
Below the Pyramid is an underground network which lies to the North. Beginning with a Corridor which descends for 60m until it reaches a shaft. Another Corridor continues downwards to 136 Galleries which form a U shape around the Pyramid. 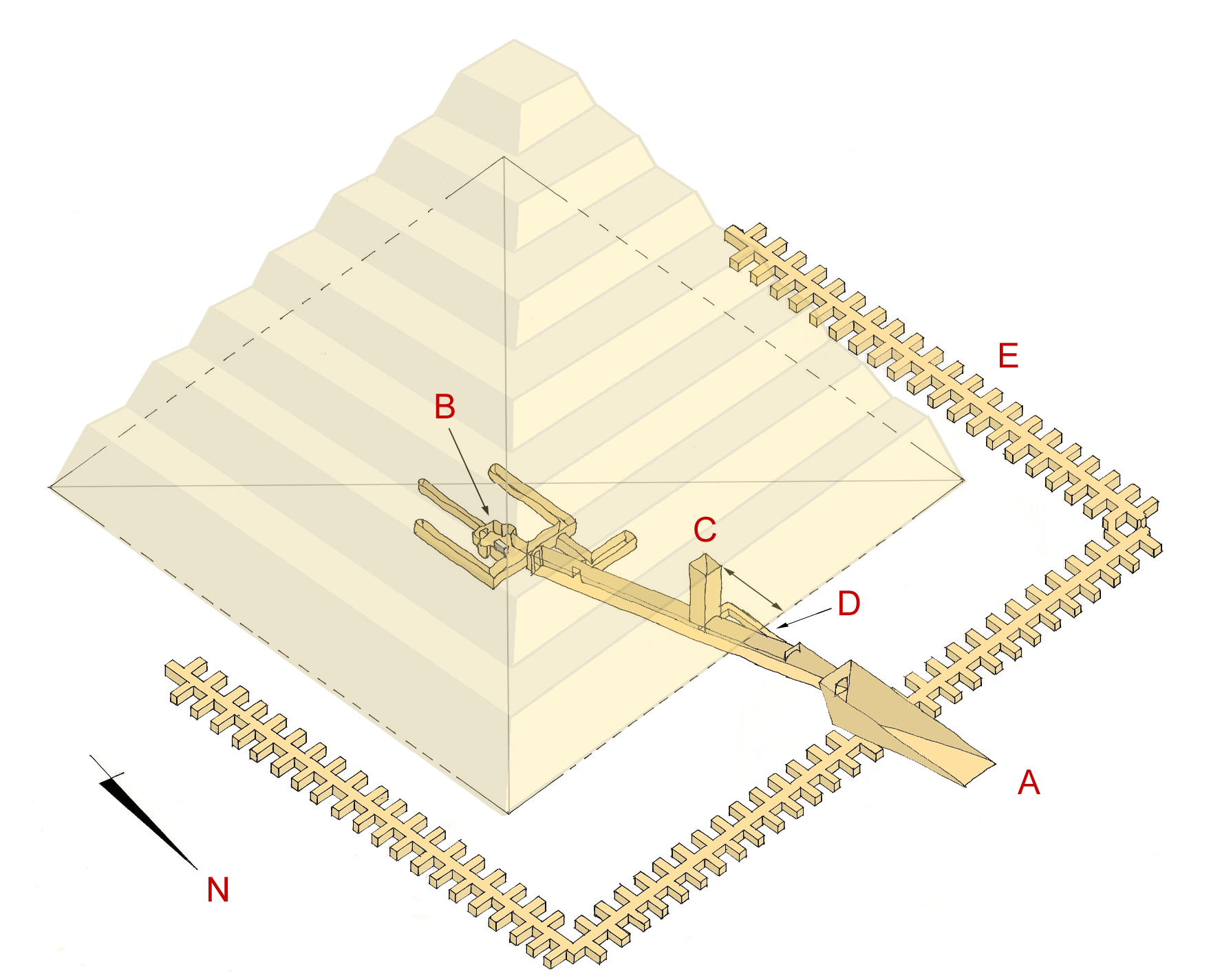 Ivory plaque located on the floor of the main hall of the Pyramid by Z. Goneim in 1955