Enduring are the Places of Khakaure

Wah Sut is the Settlement for the construction workers which was constructed and lived in whilst the workers were building the Mortuary Complex of Pharaoh Senwosret III, erected during the 12th Dynasty and probably abandoned by the workers at the end of the 13th Dynasty. Some of the building may well have been reused by local peoples or workers in other capacities for the sites found at Abydos. Due to the funds located here, it is generally agreed that Wah Sut was finally abandoned around the end of Dynasty 18.

Much of the ancient town of Wah-Sut today lies under the modern area. The parts that have been identified are the Mayor’s House and Official Offices which surround a Courtyard, a 10-block granary, a Subterranean water supply chamber, a series of storage structures, and a group of houses for the elites who resided here. The Houses for the elites are on the larger size but are not as large as the Mayoral Units. 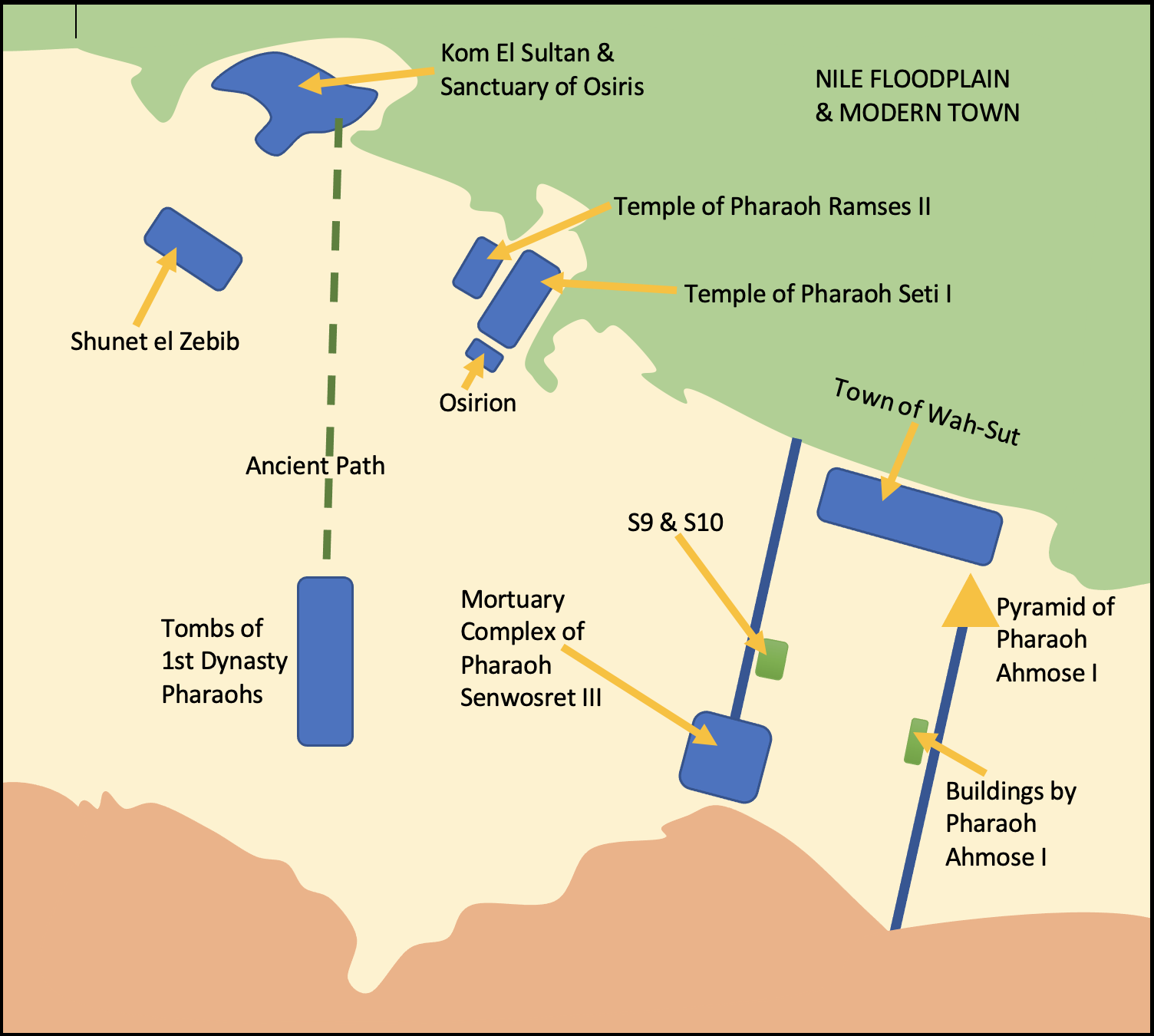 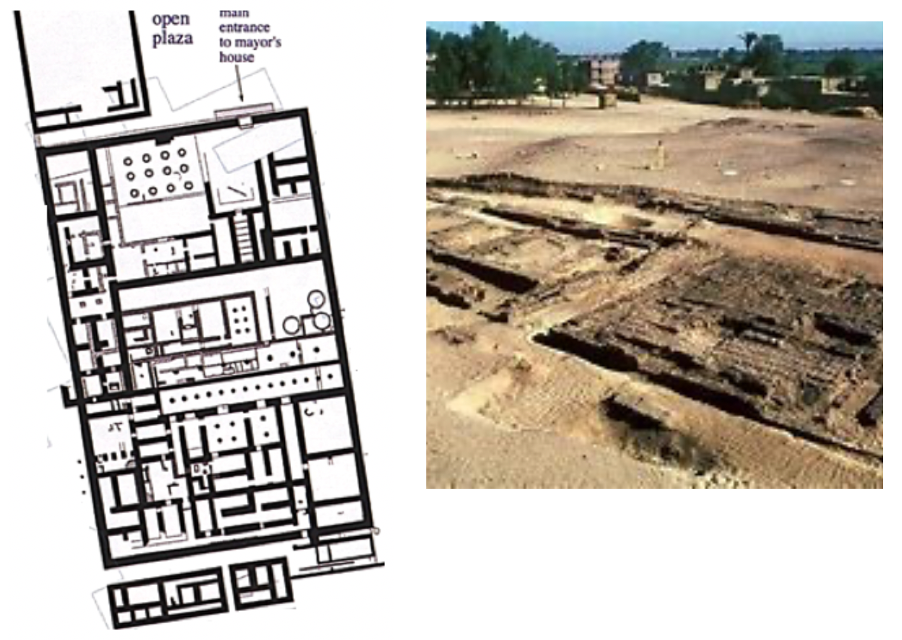 The House of the Mayor of Wah Sut remained the same physical property for over 250 years and measures 82 meters long by 53 meters wide with a heigh of around 6 meters. It was made of large mid bricks with stone for the door surrounds and floors made of more mudbricks and then plastered.

To enter the Mayoral Residence a visitor would need to walk up brick ramps to reach the elevated Front Door position, through into 2 separate Courtyards which both had their own pillared porches which led upward again to a substantial Peristyle Columned Courtyard. This Courtyard’s columns ran along the front and to either side of the whole middle third of the building, onwards from this Courtyard a corridor then led into the smaller roofed Grand Hall which had 15 Columns inside.

To our modern eyes, this House may seem to be extravagant for a mayor in charge of a town of construction workers and necessary administrators. It is worth keeping in mind that the mayor, who may well have been related to the Pharaoh, had to hold the power in the region and so would have been given a house based on the architecture of a smaller ‘royal palace’ asserting his devolved power from the Royals.