What: The Temple if a Ptolemaic Greek era Temple which was dedicated to the local Crocodile God, Sobek; God of Fertility and a Creator God; and the local Falcon God, Horus the Elder; God of the Sky, the Sun and the Moon

Where: Next to the River Nile, roughly 50km north of Aswan

When: Remains of a New Kingdom Temple to God Sobek and God Horus
have been found here but the Temple today has generally been revived in
the Greek era of Ancient Egypt and has been added to by some Romans.
The Temple was used during the Coptic Period of Egypt when they
converted the Temple into a Church and defaced many of the Reliefs

Who: The Temple was built for the God Sobek and the God Horus. Crocodile God Sobek is affiliated with the God Seth who was the enemy of the Falcon God Horus. To learn more about this, click here to read the Legend of Osiris. In the Ancient Egyptian religion, the God’s had myths associated with them. The Horus myth all the wicked allies of God Seth made their escape by changing themselves into crocodiles

Why: The worship of any deity who was honoured with a Temple was
thought to appease or enhance what they would, or would not, do to
a local and national population 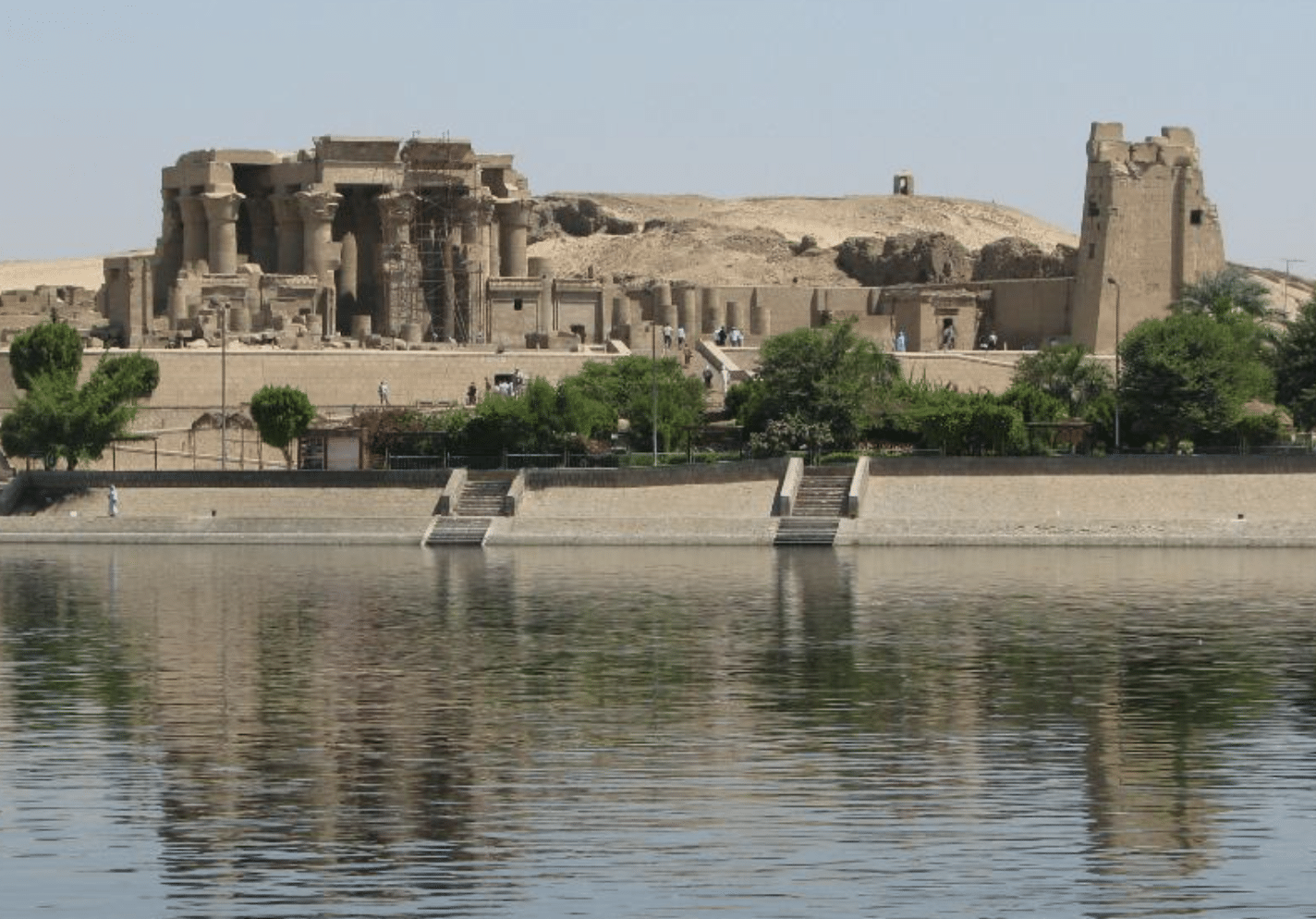 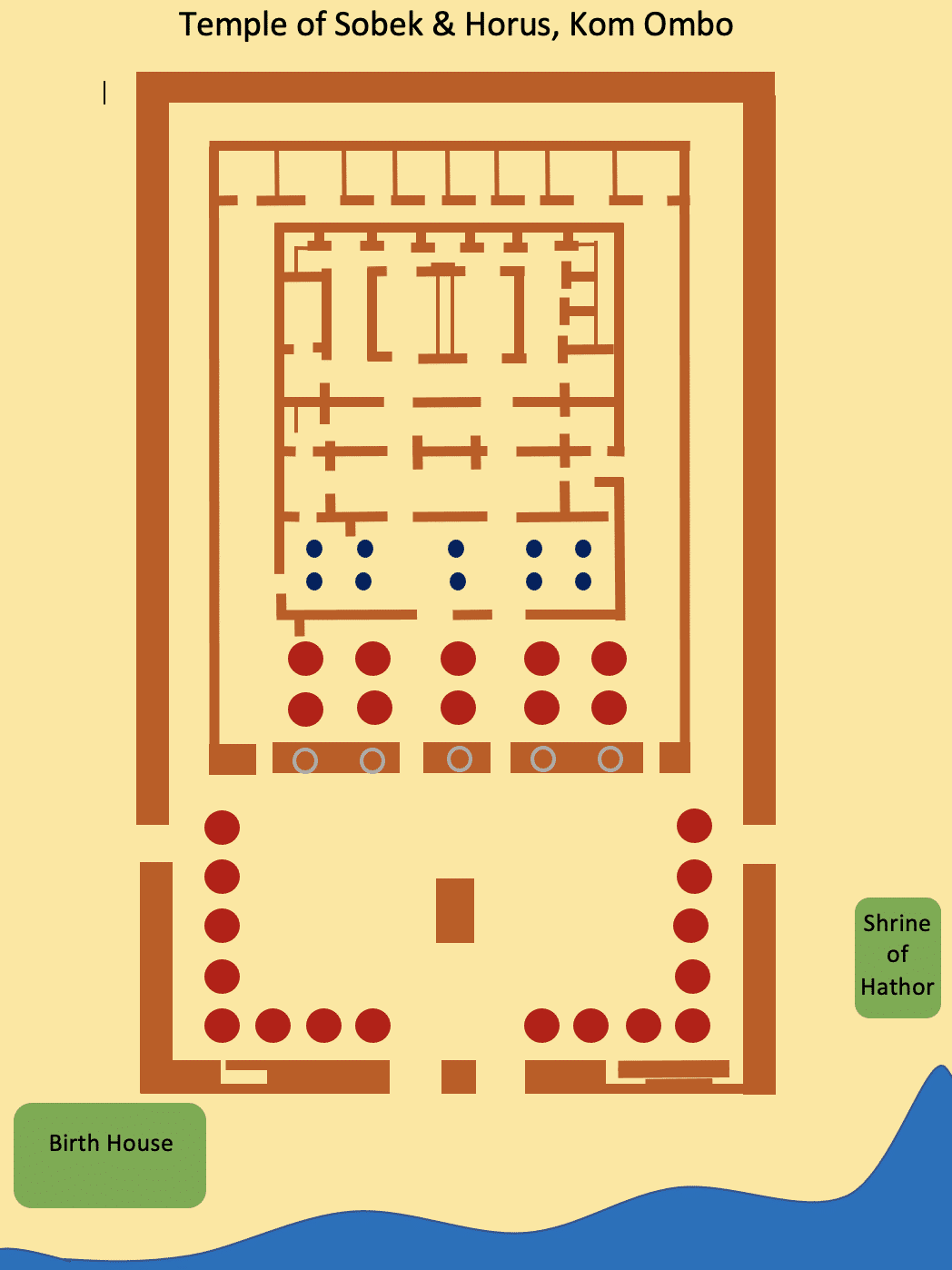 The Temple was built as a mirror, each God had one half of the Temple from the entrance all the way through to the Inner Sanctum. This way, neither God could be offended by the Temple the other received.

At the time that the Temple was in use, the River Nile had its own freshwater Crocodile population who in ancient times were worshipped. The Priests at the Temple kept their own Crocodiles, probably breeding and rearing them, to honour their God, Sobek. The Nile was emptied of Crocodiles after the building of the High Dam at Aswan. The 300 plus Crocodiles found in the Temple are displayed in the Crocodile Museum onsite. 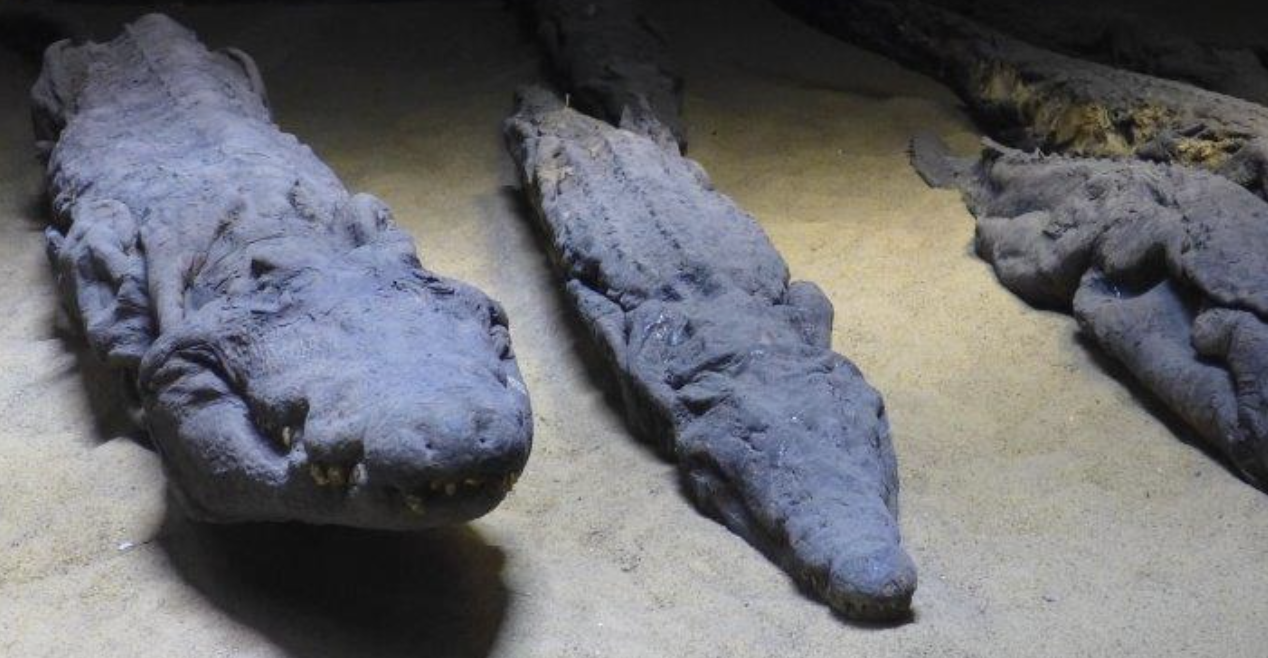 To view the Decorations inside the Temple, click here

To tour the Outer Areas of the Temple, including the Pylon & Shrine, Nilometer & Pool, and the Crocodile Museum, click here

The Image to the right shows the Temple before it was restored in the late 1800s; work was again undertaken in 2018 to save the temple from the penetration of groundwater. 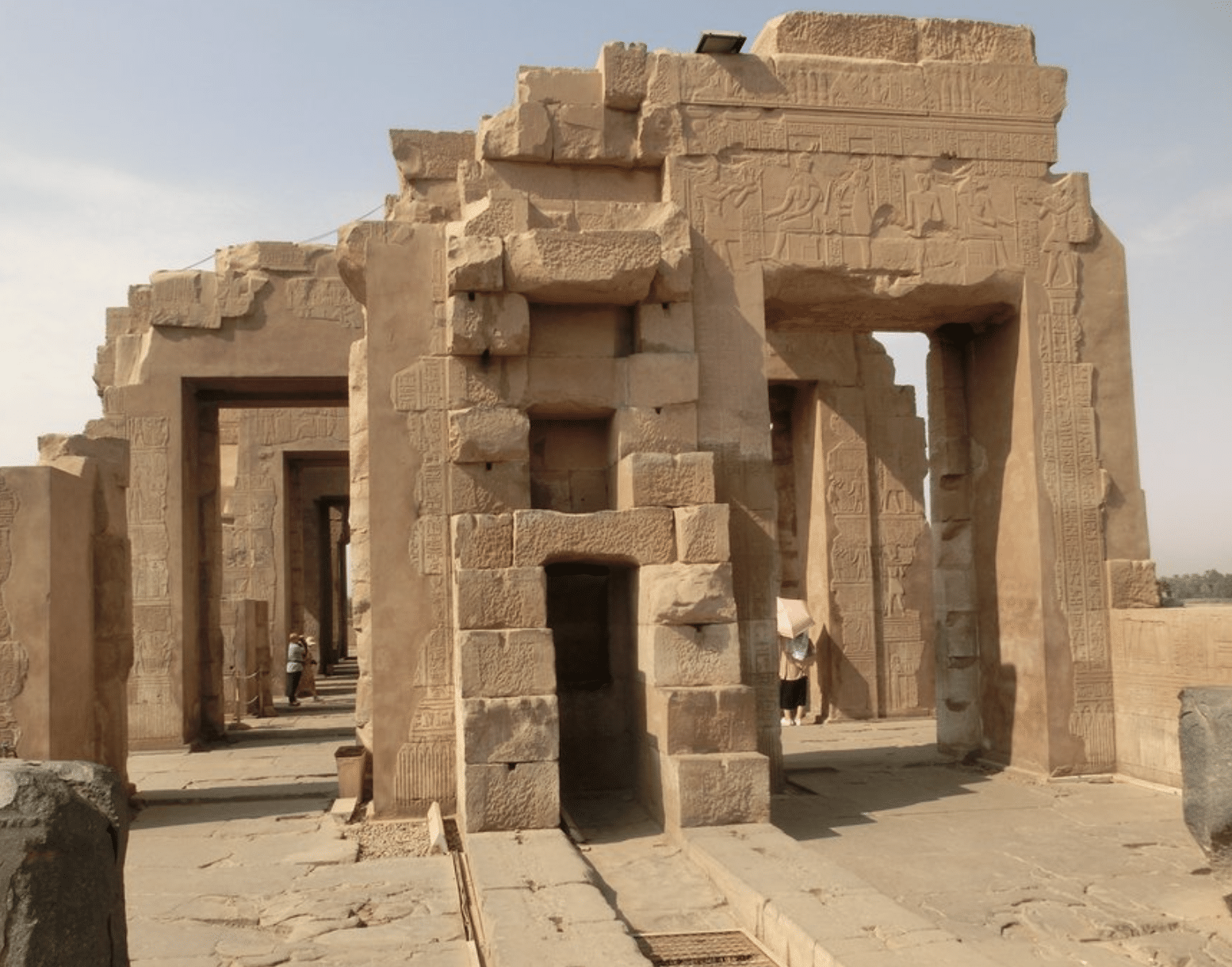