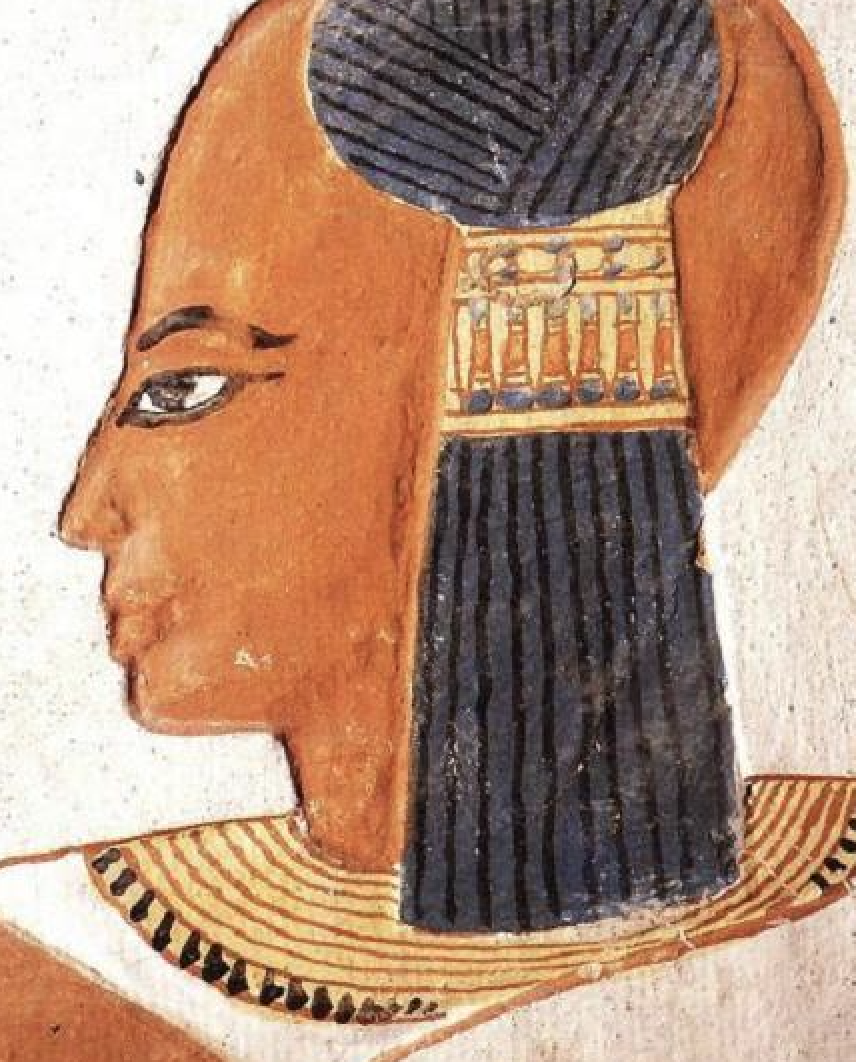 Titles: “King’s First Son of His Body” and “Priest of Ptah”

Story: The Son of Pharaoh Ramses III and his mother was thought to be Pharaoh’s Great Royal Wife, Queen Tyti. It is understood that the Prince spent much of his time in the City of Memphis attending to his role as Priest of Ptah at the Hutkaptah Temple. For more information about the Temple, click here.  Despite surviving his father and being referred to as the King’s First Son, Prince Khaemwaset, never reached for the Throne and it is thought perhaps that he was invigorated by his secular life. The Throne was instead succeeded by his half-brother who became Pharaoh Ramses IV. It is thought that it was his half-brother who would have arranged his mummification and burial in Tomb 44 in the Valley of the Queens.

Tomb Overview: His Tomb is found near his other brothers and half brothers towards the end of a Valley. Around 50 Wooden Coffins were added to Prince Khaemwaset’s Tomb throughout the Third Intermediate Period or during the 22nd to the 26th Dynasties. The Mummies were found to be those of Farmers and Gardeners in the Temple of Amun at Thebes. Interestingly Pharaoh Ramses III chose to decorate his son’s Tombs with Chapters from the Book of Gates rather than with the more traditional Spells from the Book of the Dead. For more information about the Book of Gates, click here. 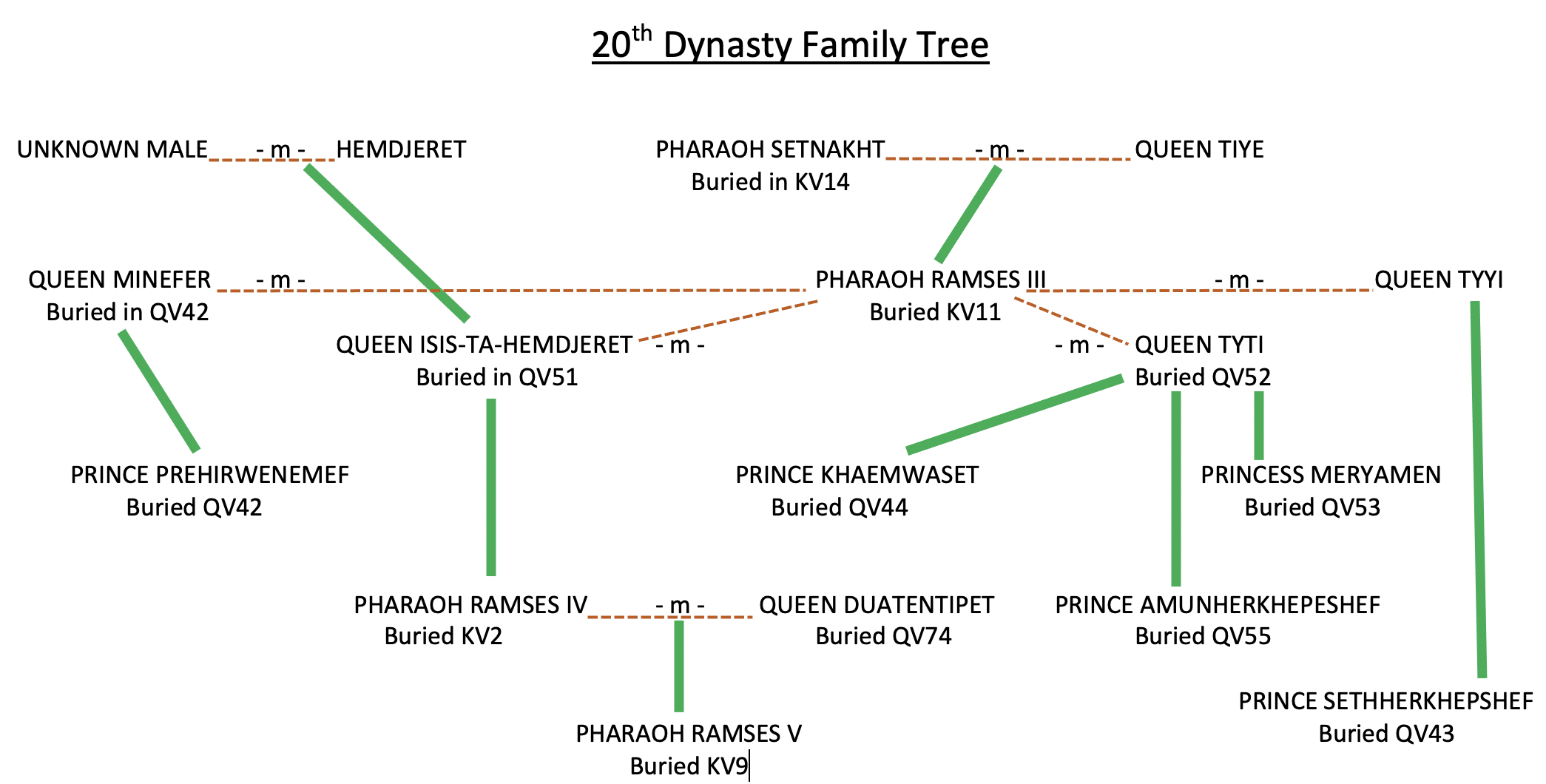 Tomb Layout: Walking through the Entrance into a Corridor which is graced with 2 side rooms before it joins a further Corridor that leads to the Burial Chamber.

Tomb Decoration: Some consider the decoration of Prince Khaemwaset’s Tomb to be among the finest in the Valleys. The colour scheme for the Text is Red, Green, Blue and Black on either a Yellow or White Background. All the hieroglyphs are carved deeply into the Walls. The Ceiling is decorated as the night’s sky with a dark blue background and yellow stars depicted on it.

As with other Prince’s Tombs, it shows that the iconography for a Prince is centralised on the Pharaoh or the Prince’s Father, who makes all of the Offerings to the Deities on the Prince’s behalf. The Prince usually stands beside his father and is depicted with his Horus lock, the Hair Cut or Hair Wig of choice for Royal Princes. All scenes with the Deities show them facing the Entrance/Exit of the Tomb, whilst Pharaoh and Prince Khaemwaset face the Burial Chamber. 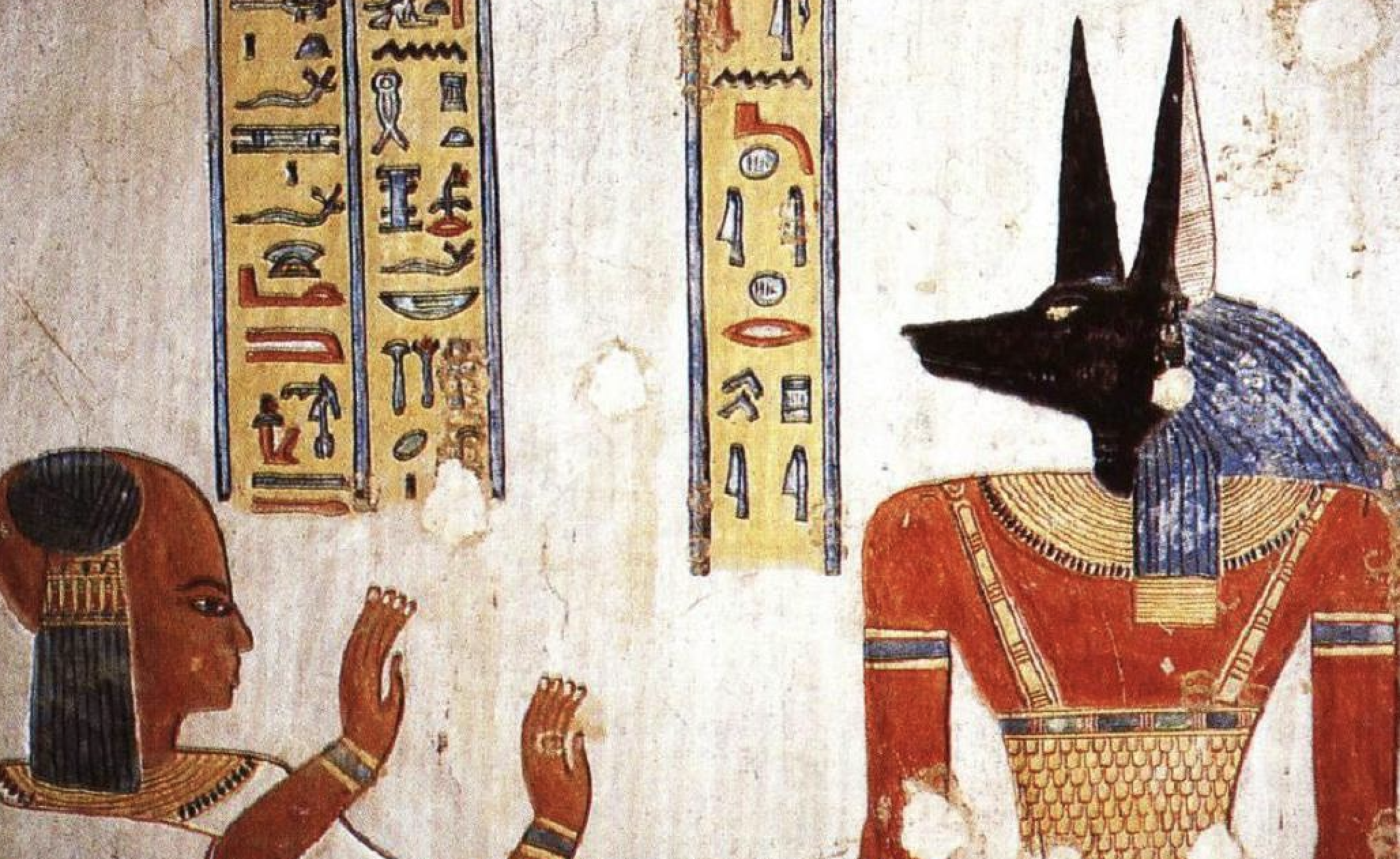 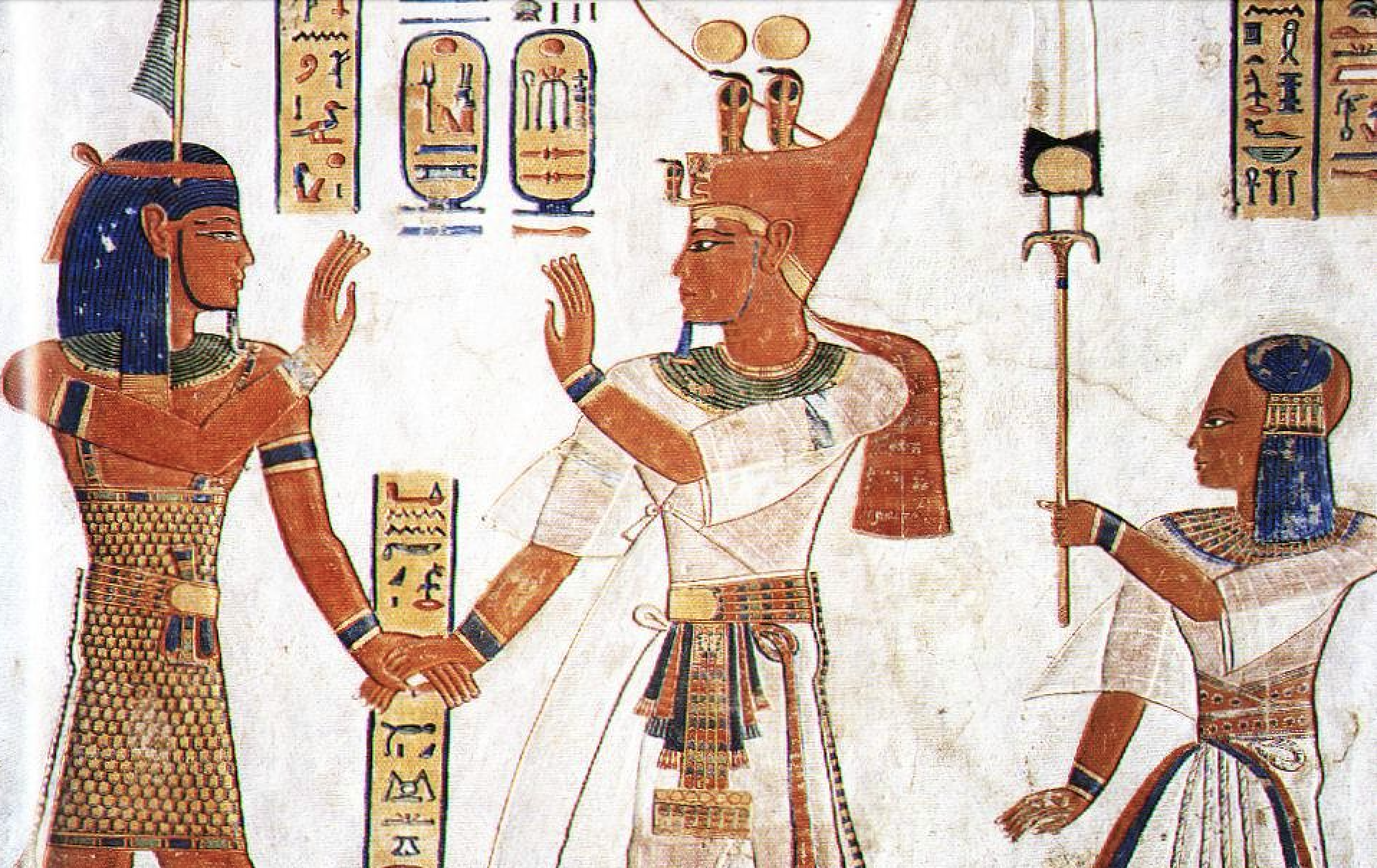 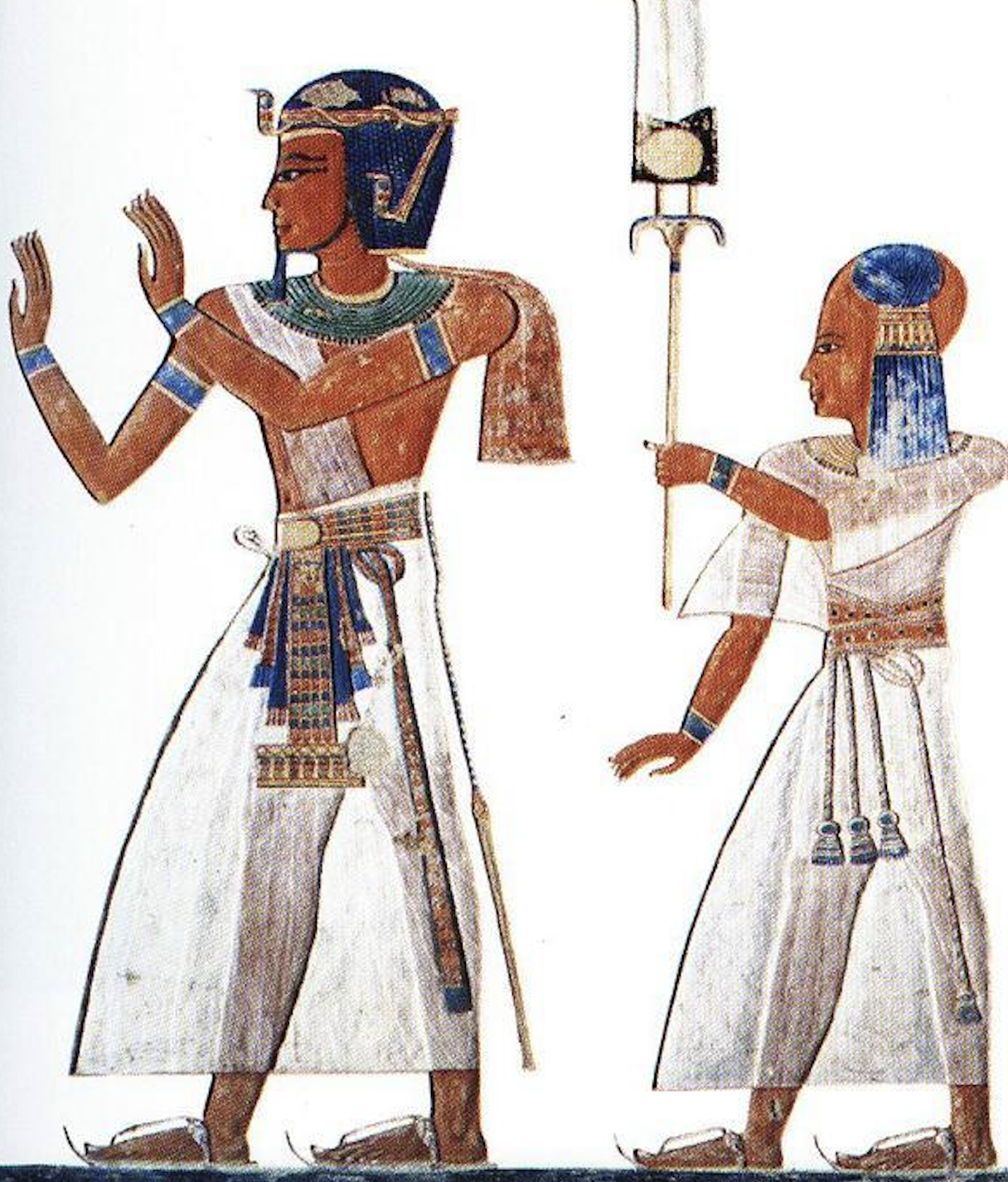 Djed Pillars are featured in the doorway leading into the Burial Chamber, conferring stability. For details about the Djed Pillar, click here. Inside the room the Walls are painted yellow, similar to those in the Burial Chamber of Pharaoh Tutankhamun in the Valley of the Kings, which give the walls the impression of sparkling with Gold. Egyptologists believe that it was coloured this way to visualise this room as the Tomb’s rebirth. 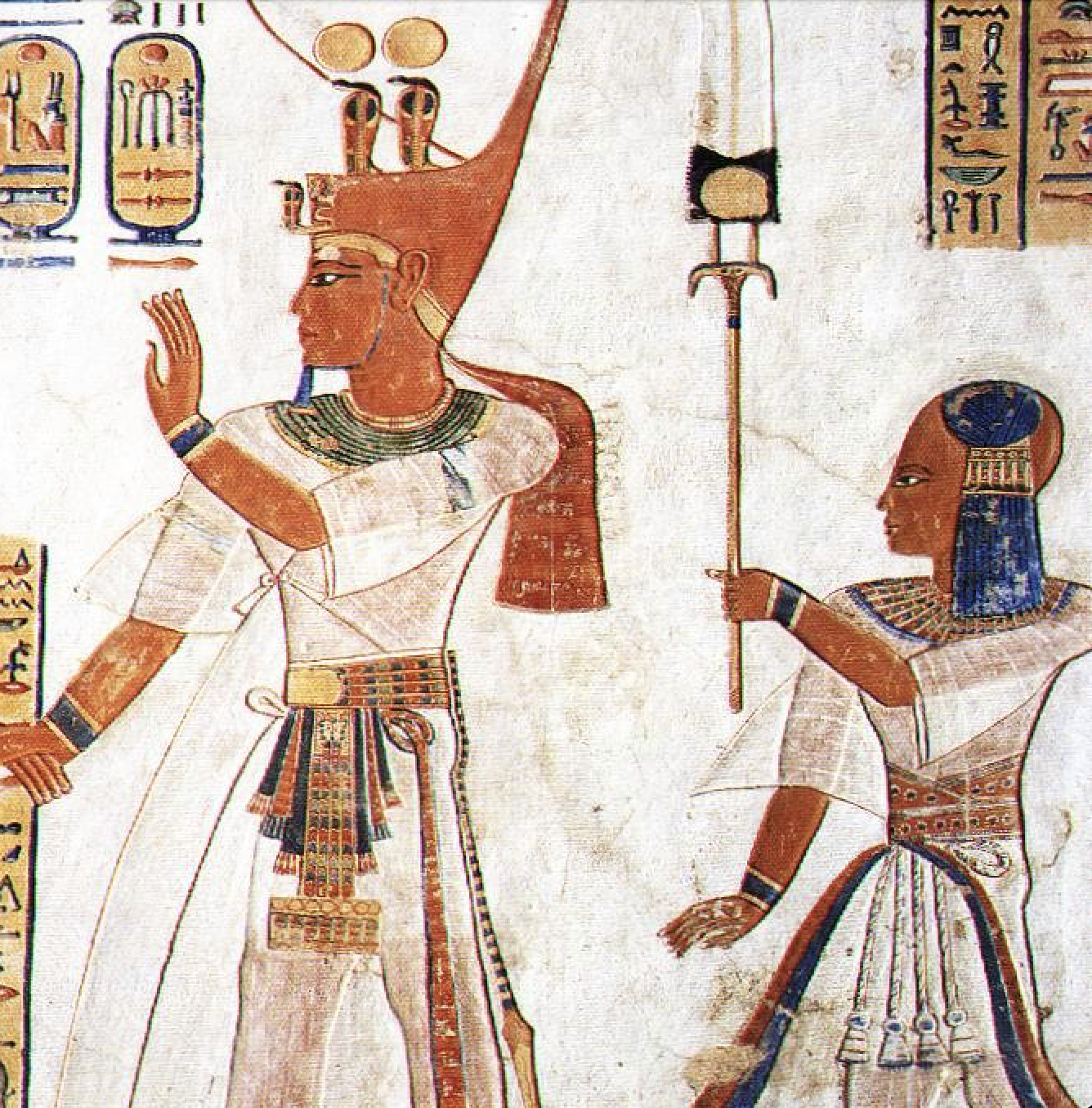 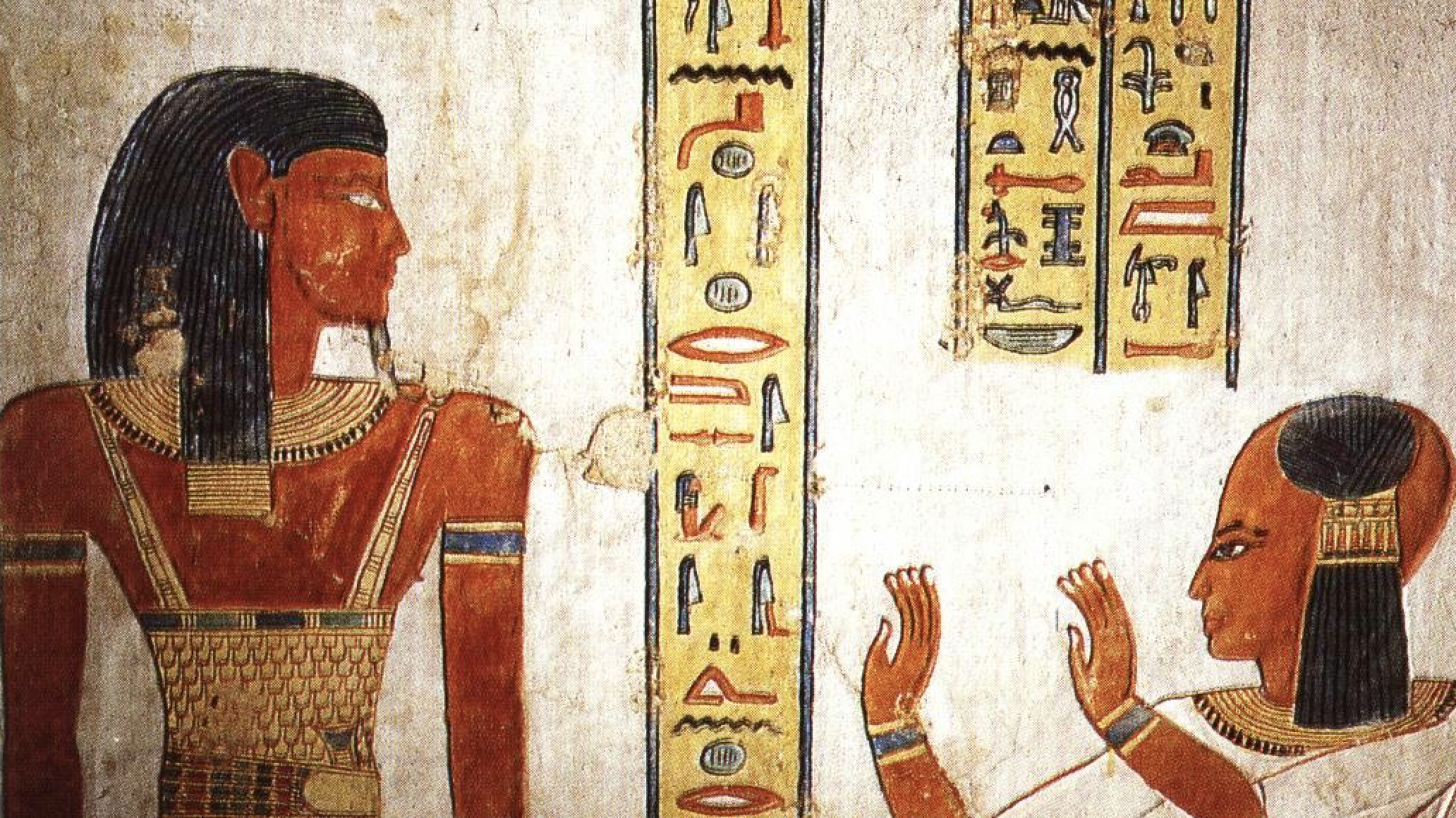 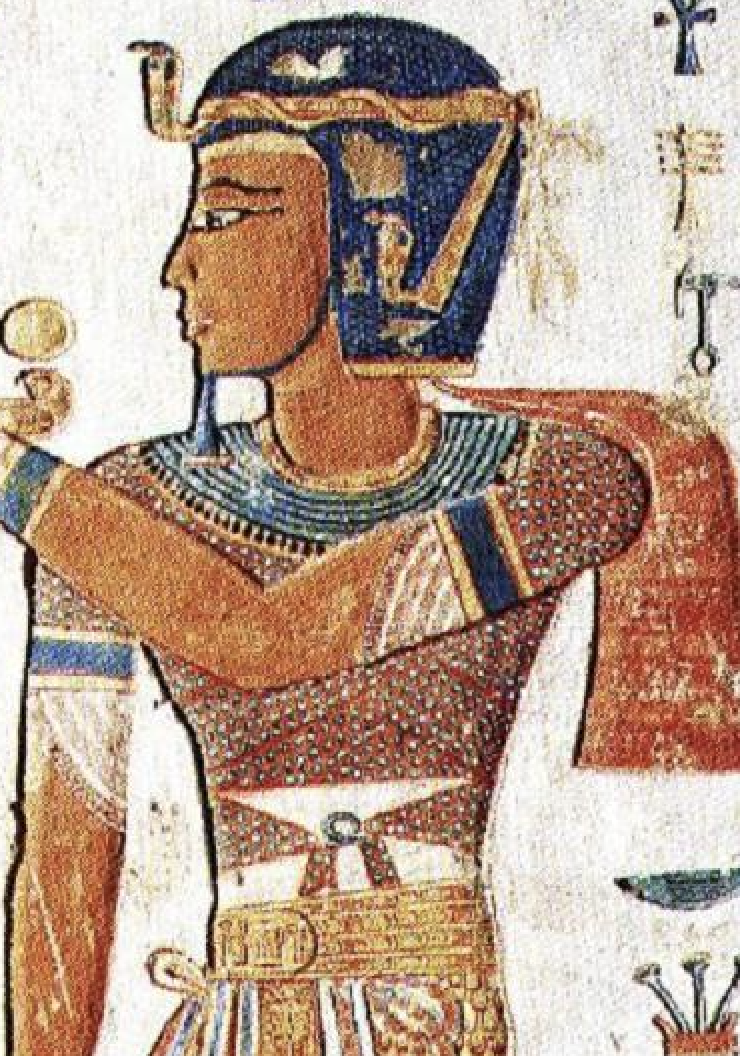 Featured in the Tomb are the Goddesses Isis, Nephthys, Ma’at, Neith and Selkis; joined with the Gods Thoth, Osiris, Horus, Ptah, Ra-Horakhty and Geb.