Son of Pharaoh Thutmoses IV and lesser Queen Mutemwiya, he was born roughly 1411BC and died in 1353BC in his Malkata Palace. He was buried in KV22, the Western Valley arm and his Mortuary Cult was celebrated in his Mortuary Temple in the Theban Necropolis.

His father was the Pharaoh who fell asleep in front of the Great Sphinx in the Giza Necropolis and was told in a dream that he would become Pharaoh if he cleared the infamous monument from the sand that had gathered around it. For more details about this, click here.

Amenhotep ascended the Throne after his father’s death at the tender age of about 12 years old.  It is thought that either his mother, Queen Mutemwiya, or Pharaoh Thutmoses IV’s Great Royal Wife, Queen Nefertari, would have supported his first years during his reign until he hit his regnal stride. He reigned for approx. 40 years and is remembered as a prolific builder as well as reigning over a time of prosperity and with a firm grasp of the governance offering a time of stability.

The State he inherited

His father had left him a strong base from which to reign with gold to support the royal family. Pharaoh immediately restrengthened the diplomatic ties that his father had used and was well known for enticing States into his debt by using extravagant gifts of gold to bribe them through generosity. This worked in nearly every case as his reign was known to be peaceful with its neighbours. Although inscriptions have been found which confirm that he did campaign in a Nubian expedition.

As with the majority of Pharaohs, now Pharaoh, Amenhotep was married to several wives throughout his reign. His Great Royal Wife was Queen Tiye; a Royal Lady through her mother’s ancestry, the daughter of Noble Yuya and Lady Thuya; who he married approx. 2 years after his ascension to the Throne. His marriage to a woman who held her own strong Royal Links only assisted in strengthening his claim to the Throne, being the son of a secondary wife.

For more details about Nobles and the lives of the Lady Thuya and the Noble Yuya in Ancient Egypt, click here. 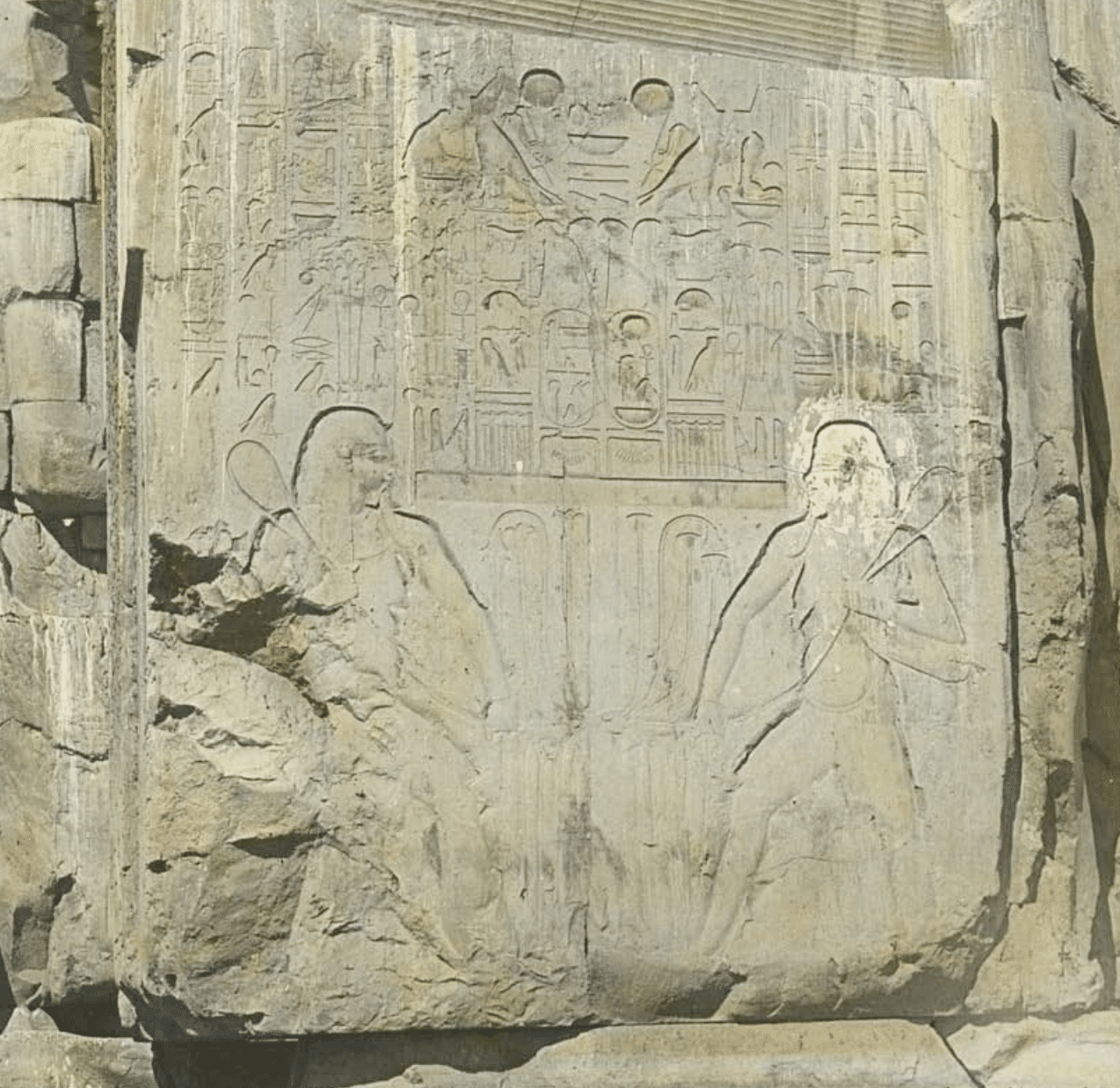 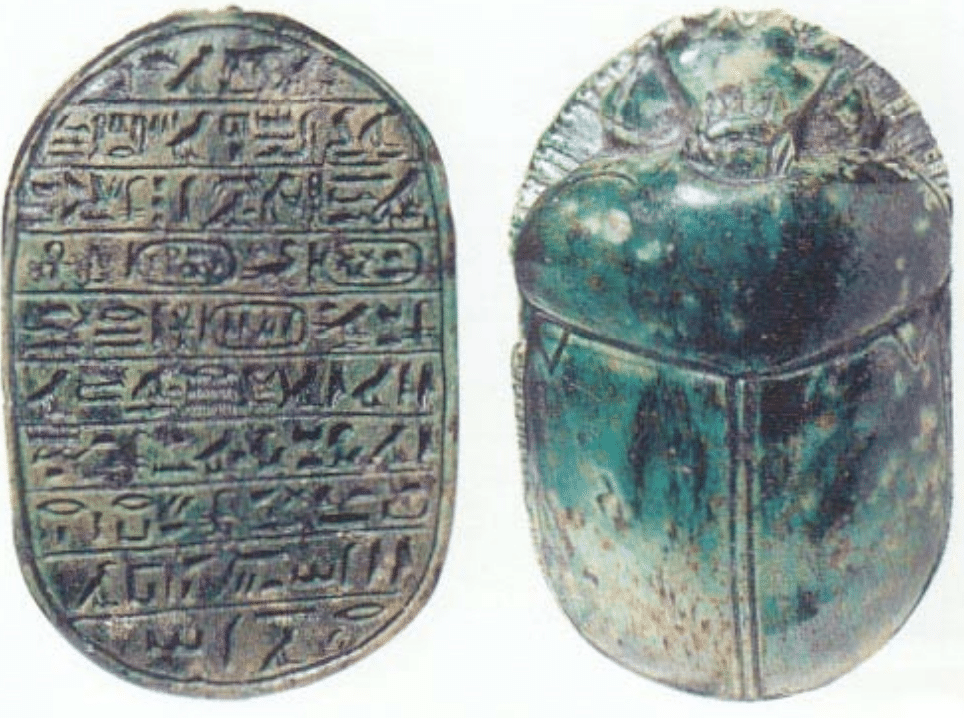 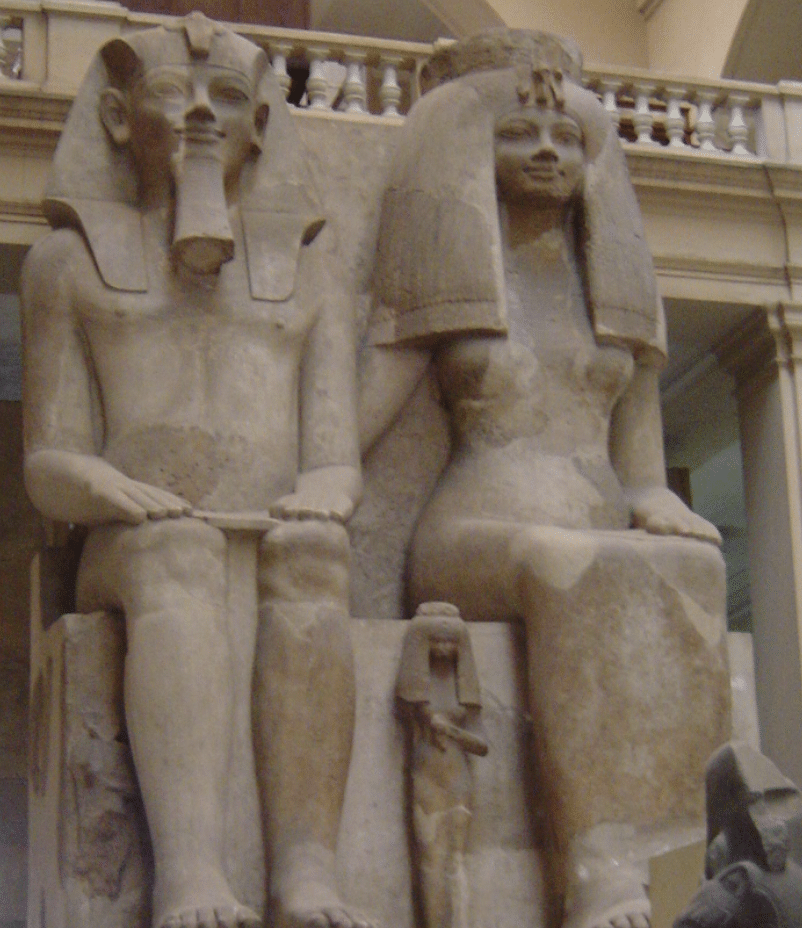 Queen Tiye was immediately elevated to this highest of all Queenly Titles, showing a strong relationship and direction in which Pharaoh wanted to announce his intentions as ruler of all Egypt. Throughout their marriage he portrayed Queen Tiye as his near equal and physically represented this in her physical height next to his own on many Statues that he had commissioned.

It appears that Queen Tiye remained in charge of the daily running of the administrative affairs and the Palace whilst Pharaoh Amenhotep III would deal with affairs of State, Diplomacy, Building Projects and the Military side of Egypt. Though they were often seen by the Populace as undertaking outings together and they enjoyed the time they spent together in both their private and public lives.

Queen Tiye’s influence remained in force within the Royal Family when Pharaoh died as many of the diplomatic correspondences the Queen had continued on Pharaoh’s behalf continued after his passing with the offering of condolences to Queen Tiye and speaking of the future Pharaoh and the hope that the diplomatic relationships would remain intact throughout the new Pharaoh’s reign.

Pharaoh’s diplomatic marriages came in the form of 2 Mitanni Princesses; Princess Gilukhepa and Princess Tadukhepa. The Mitanni ruled over the northern Euphrates-Tigris region between roughly 1475 BC until 1275 BC.

Although he refused to reciprocate and send any Egyptian women as brides to foreign rulers as this had never been the case before his rule and would not be the case during his rule.

His heir was due to be Crown Prince Thutmose, but he died before he could ascend to the Throne and so Pharaoh’s second son with Great Royal Wife Tiye was pressed to taking on the Throne. He became Crown Prince Amenhotep; later to become Pharaoh Amenhotep IV before he changed his name to Pharaoh Akhenaten.

His other known children were:

Image to right: Chair of Princess Sitamun – Found in her grandparents Tomb – Yuya and Thuya 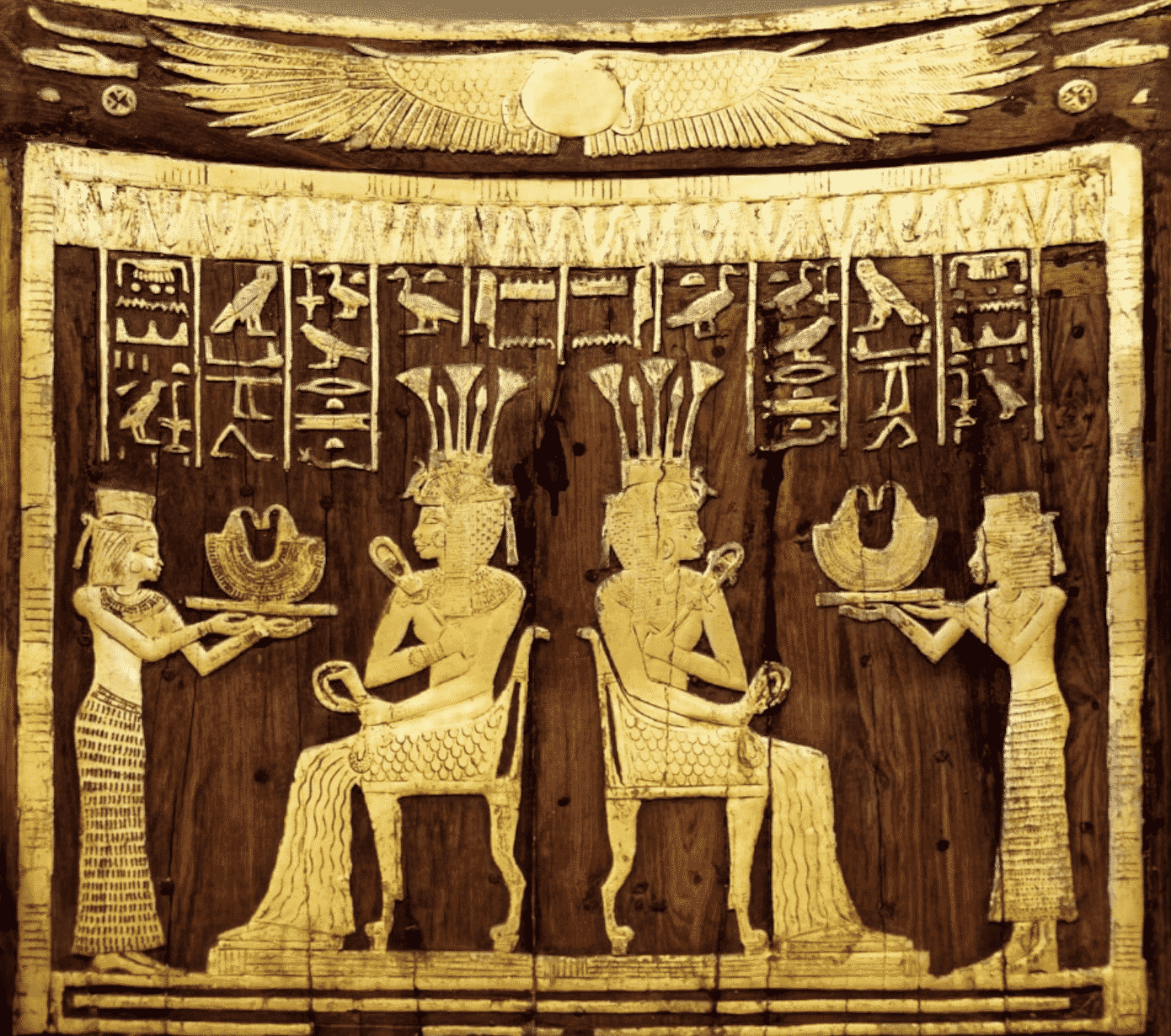 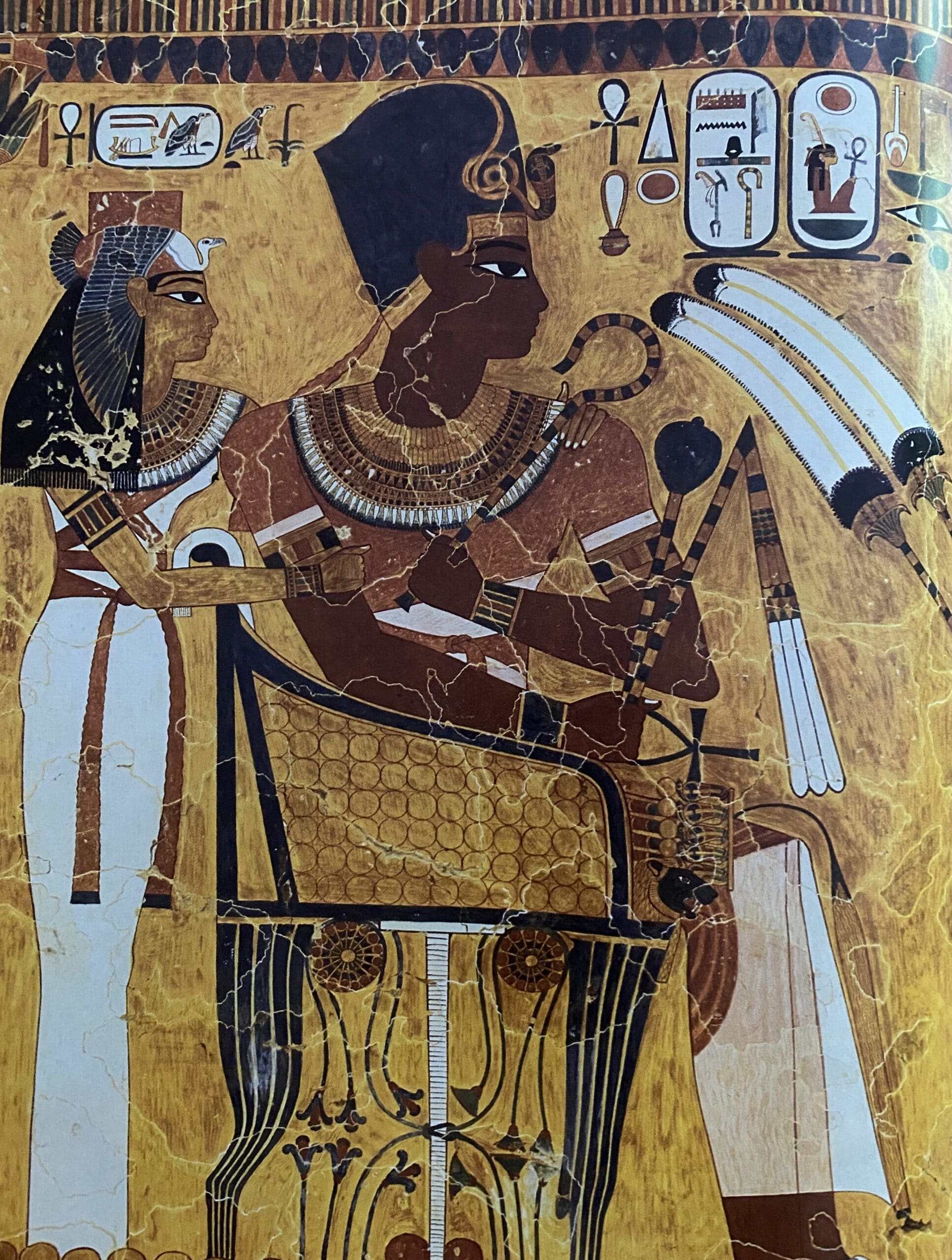 Pharaoh was a strong believer in the Egyptian Religion and through this he began improving the Temples in honour to the Deities. See below for the details of his monumental building achievements. Of particular note is the amount of works he added to Karnak Temple, Thebes.

As was true for other periods and rulers during Egypt’s long Pharaonic period of history, Pharaoh Amenhotep III had to contend with the vast wealth, resources and influence of the Priests of Amun which were located in Thebes. For further details about this and how this influenced Pharaoh Amenhotep III’s son to turn against them, click here and scroll down to “Temple Economics”.

In order to counter some of their influence, Pharaoh highlighted the God Aten as a deity which he personally felt aligned with. It is thought that as the Sun God Pharaoh may have wanted the imagery to show that like himself, the Sun God owned everything he touched, as Pharaoh ruled over the lands of Egypt.

This was not an unnecessarily unusual practise for Pharaohs although Amenhotep III seems to have played on this direct worship stronger than many of his compatriots. Although, it can be considered to have been one of the large influences on his heir who eventually renamed himself in this God’s likeness, Akhenaten.

Pharaoh constructed thousands of Statues, Stela, Buildings and Temples during his approx. 40-year long reign. This commenced in Regnal Year 1 when he ordered the Quarry at Tura, which had previously produced the fine White Limestone that adorned the Giza Pyramids, to be re-dug. He almost depleted their entire stock with his building concerns by the end of his reign.

Some of his building works are as follows: 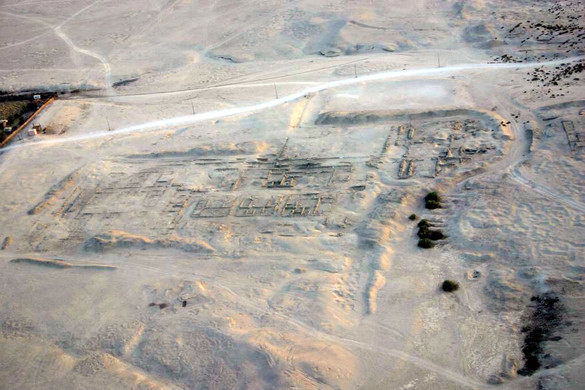 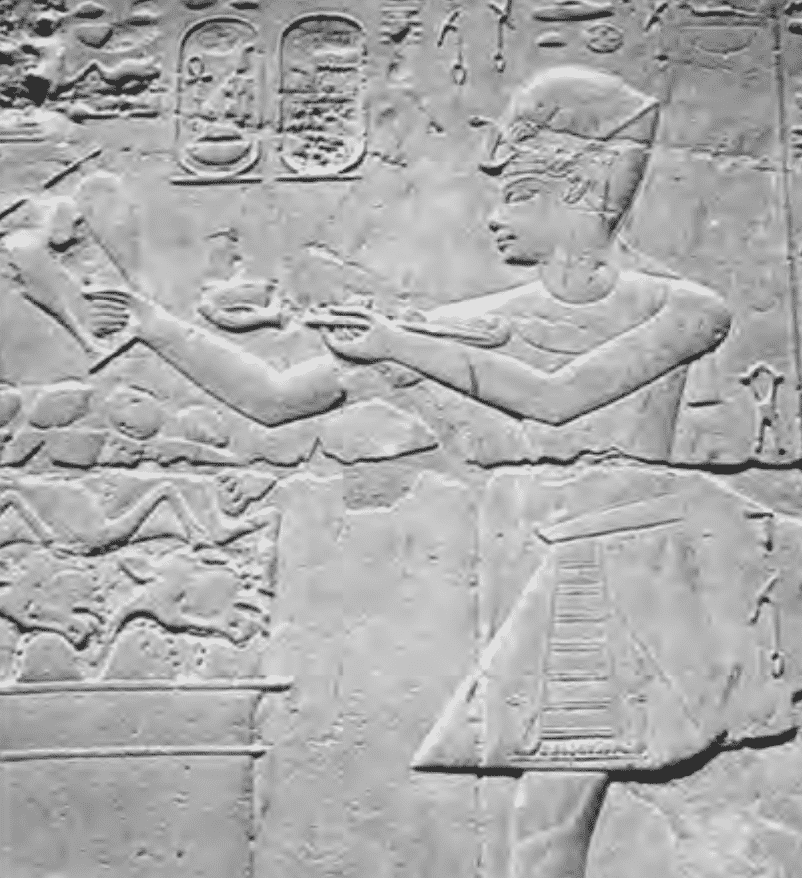 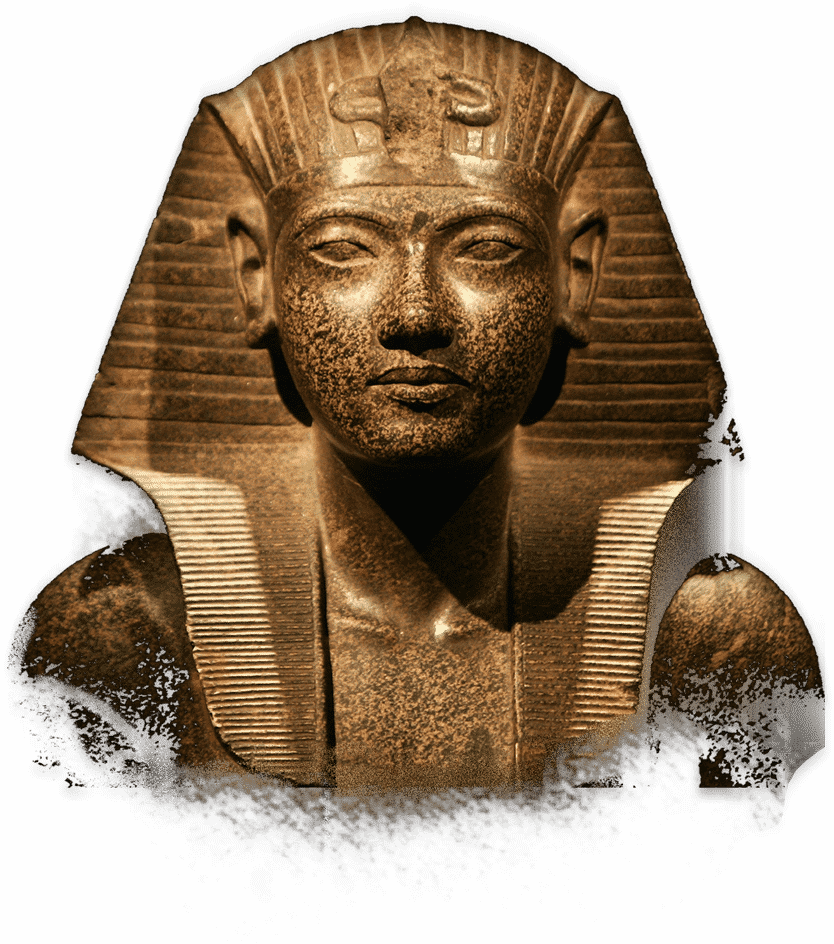 At the beginning of his Reign there are Reliefs showing Pharaohs hunting and killing lions for his own sport. He is noted as killing a total of 102 wild lions between his 1st Regnal Year to his 10th Regnal Year. From this and other monuments acclaiming his reign, we can safely assume that the Pharaoh was in robust health and full of vigour.

Egyptologists understand that by the end of his reign Pharaoh was suffering from ill health, possibly arthritis, as well as quite significant dental issues. They have the evidence of his ill health at toward the end of his life from a letter that Pharaoh scribed to the King of Mitanni, his de-facto father-in-law, King Tushratta. In it, Pharaoh requests that the statue of Ishtar is sent by King Tushratta to Egypt to assist with healing Pharaoh’s ills. 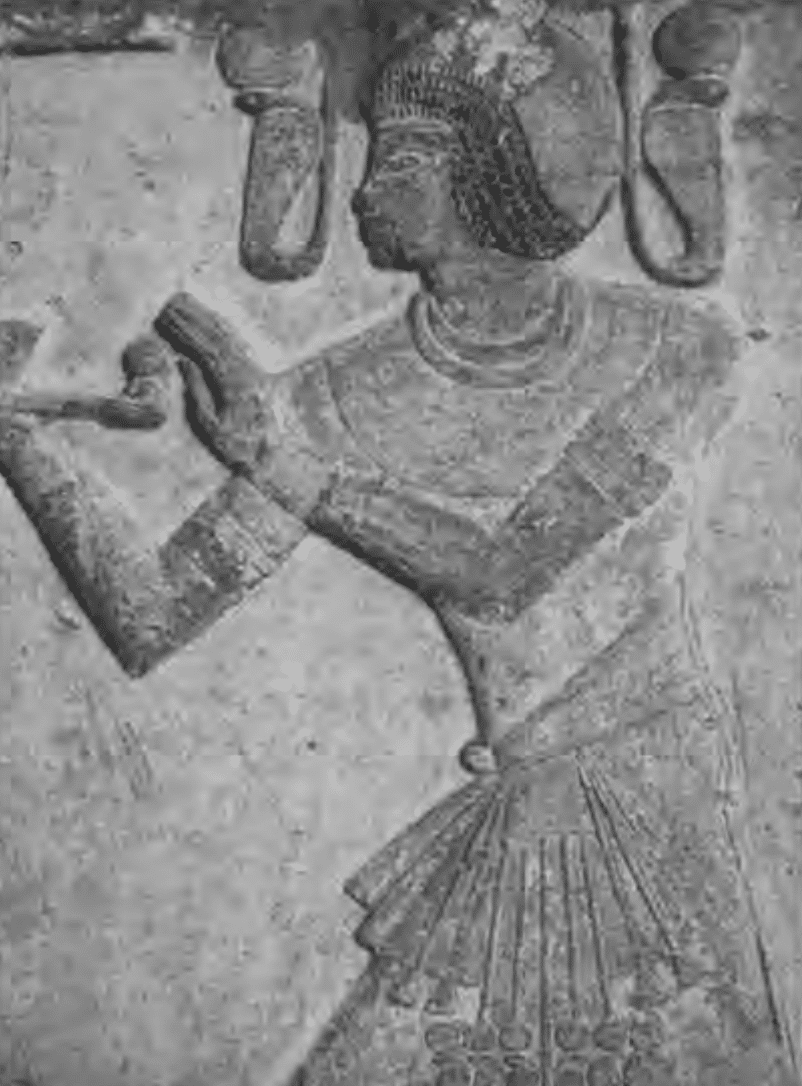