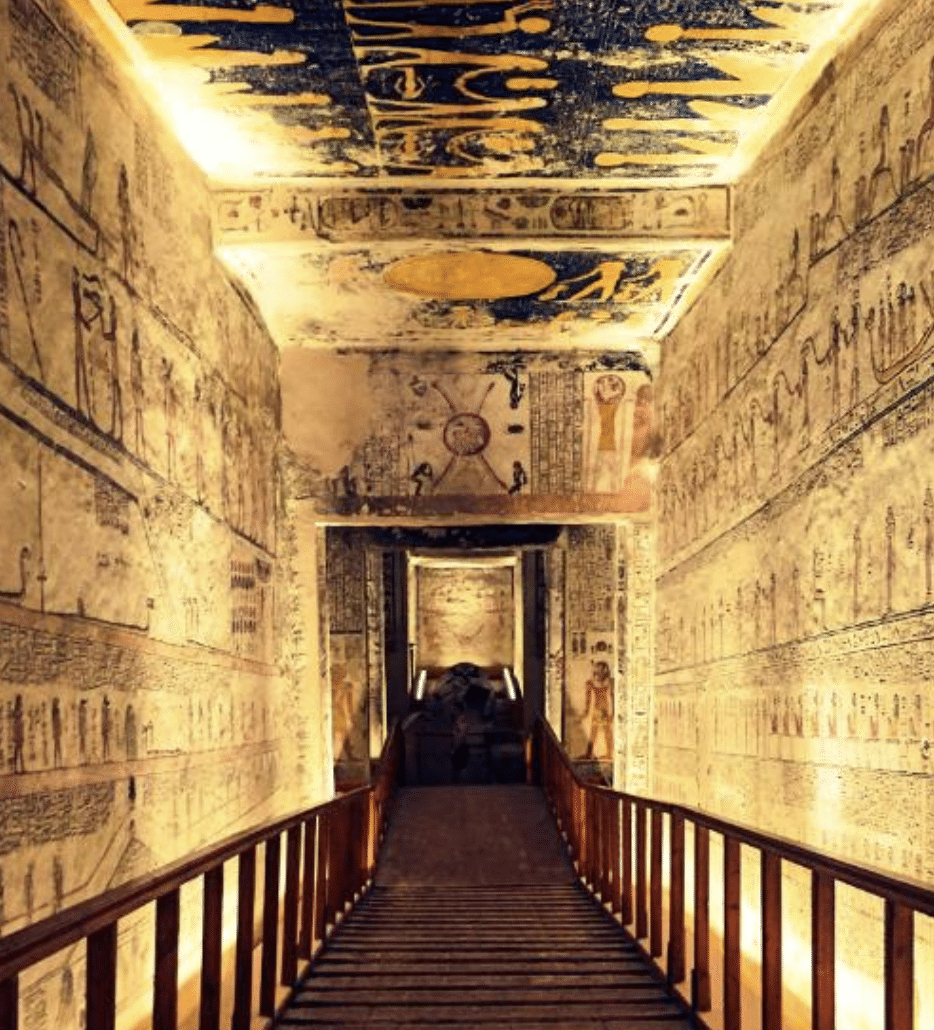 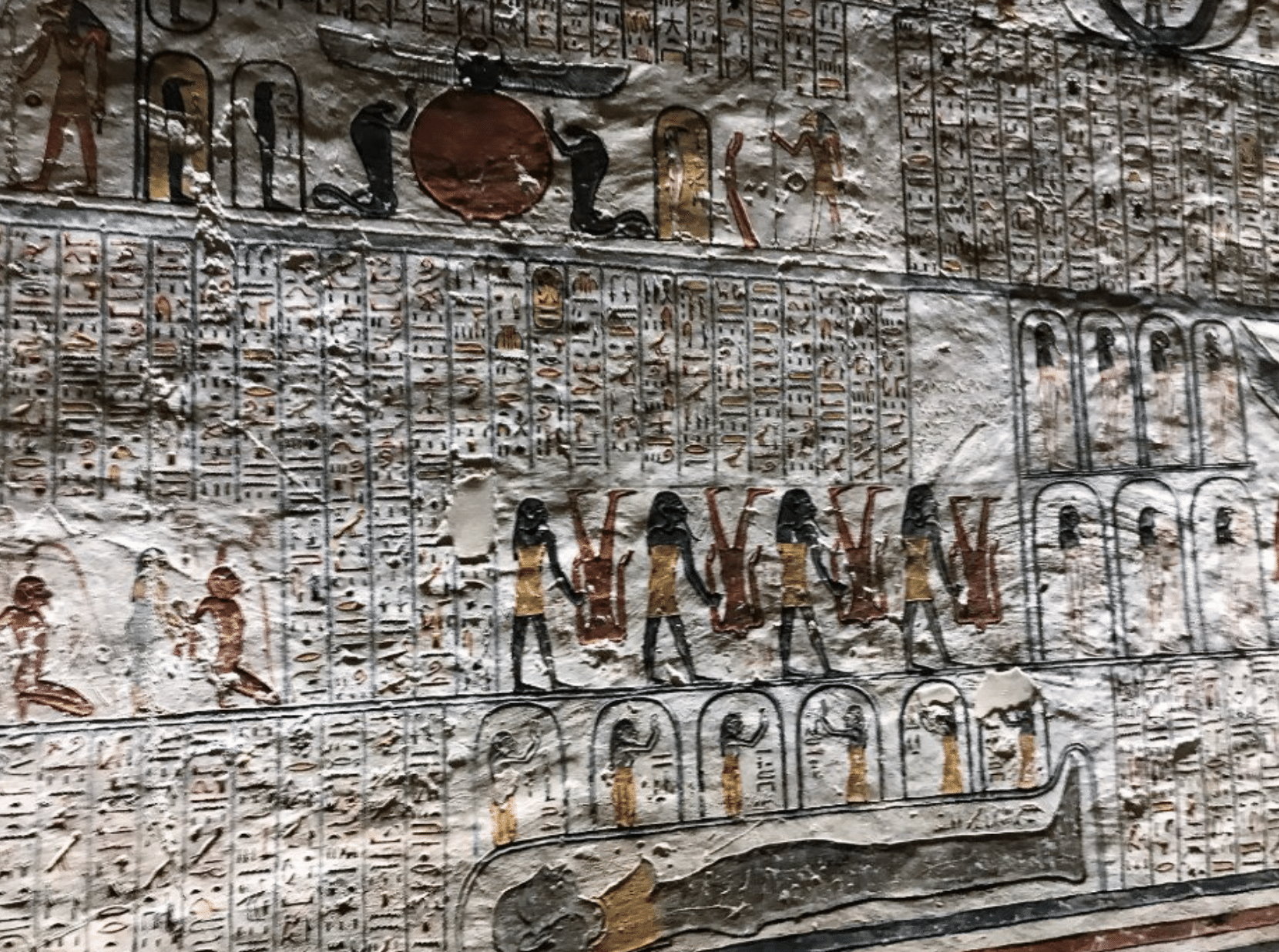 Born to Pharaoh Ramses III and Great Royal Wife, Queen Iset Ta-Hemdjert, he inherited the Throne from his young nephew who died from Smallpox at the age of roughly 18 years old. He married Queen Nubkhesbed and together they went on to Reign from the Capital City of Pi-Ramses in Lower Egypt’s Delta region for a period of roughly 8 years. Their children included the future Pharaohs Ramses VII and Ramses IX, Princess Iset and the Princes Amunherkhepeshef and Panebenkemyt. 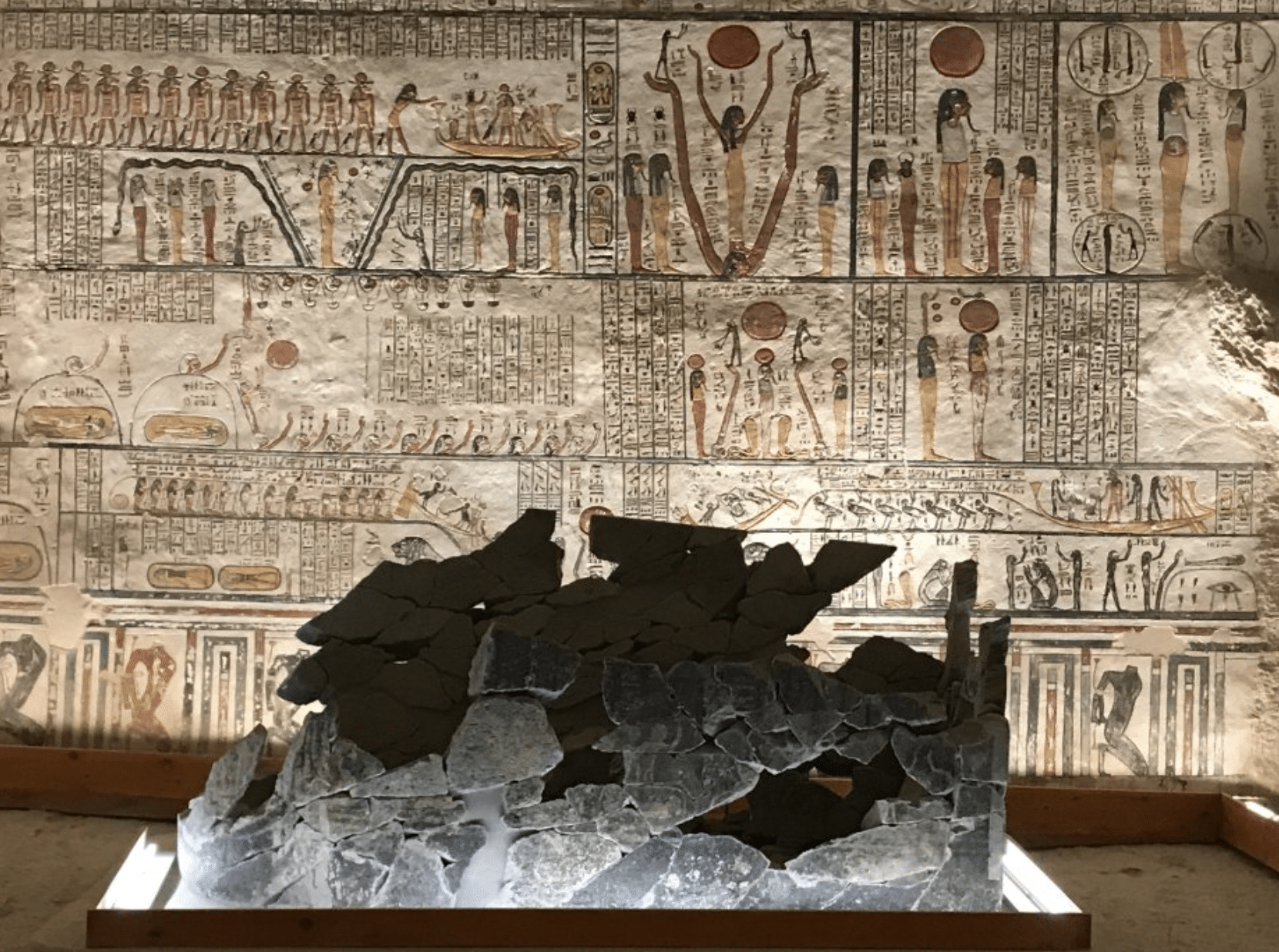 As a Prince he was known as Ramses Amunherkhepeshef and worked as a Royal Scribe and a Cavalry General, so he was well positioned to cease the raids that the Libyan marauders were continuing with in Upper Egypt, specifically around the city of Thebes. By Regnal Year 2 he appears to have ceased their raids and was happy to instal his daughter, Princess Iset as God’s Wife of Amun and the Divine Adoratrice of Amun, at the Temple of Amun at Karnak Temple.

Once this was completed, he put the Artisans from Deir el Medina back to work on enlarging the barely begun Tomb of his predecessor, KV9. These workers emptied the not needed rubble from the hewing of the Tomb on top of the entrance to Pharaoh Tutankhamun’s Tomb entrance, concealing it from the upcoming Tomb Robbers.

The remainder of Pharaoh Ramses VI’s reign was hampered due to the ongoing financial issues the Royals were facing from the lack of sufficient flooding levels and the gifting of lands to the Temples which had led to decreased amounts of state-owned foods which was a form of salary in ancient Egypt. Being unable to pay a large-scale army affected his military might in the form of losing land and subsequent tribute in Canaan which returned the border between the two countries to a line which was hypothetically drawn between the Red Sea and the Mediterranean Sea. Though luckily for Pharaoh Nubia, to Egypt’s south, held a sufficiently mixed population of settled Egyptians and Nubians and so there were few militarily involved issue here.

Pharaoh Ramses VI’s building achievements during his reign were incredibly hard to accomplish so Pharaoh often engraved his own cartouche over the top of his predecessor’s names, claiming their builds as his own. Completed monuments that we do know about are:

Who now held the wealth and the subsequent power that had ebbed away from the Royals? Ramsesnakht was the High Priest of the Temple of Amun at Karnak Temple and Vizier of the South. This appointment was approved by Pharaoh who either was not aware or was happy to let Ramsesnakht eek power away from the Royal Throne of Egypt. It appears that his own daughter, Princess Iset, who Pharaoh had given to the Temple as Great Royal Wife had turned away from the Royal Family and embraced her new religious role. How do we know this? Ramsesnakht himself ensured her Funerary Building was erected, a role that would normally have been undertaken for one of their own by the Royal Family. 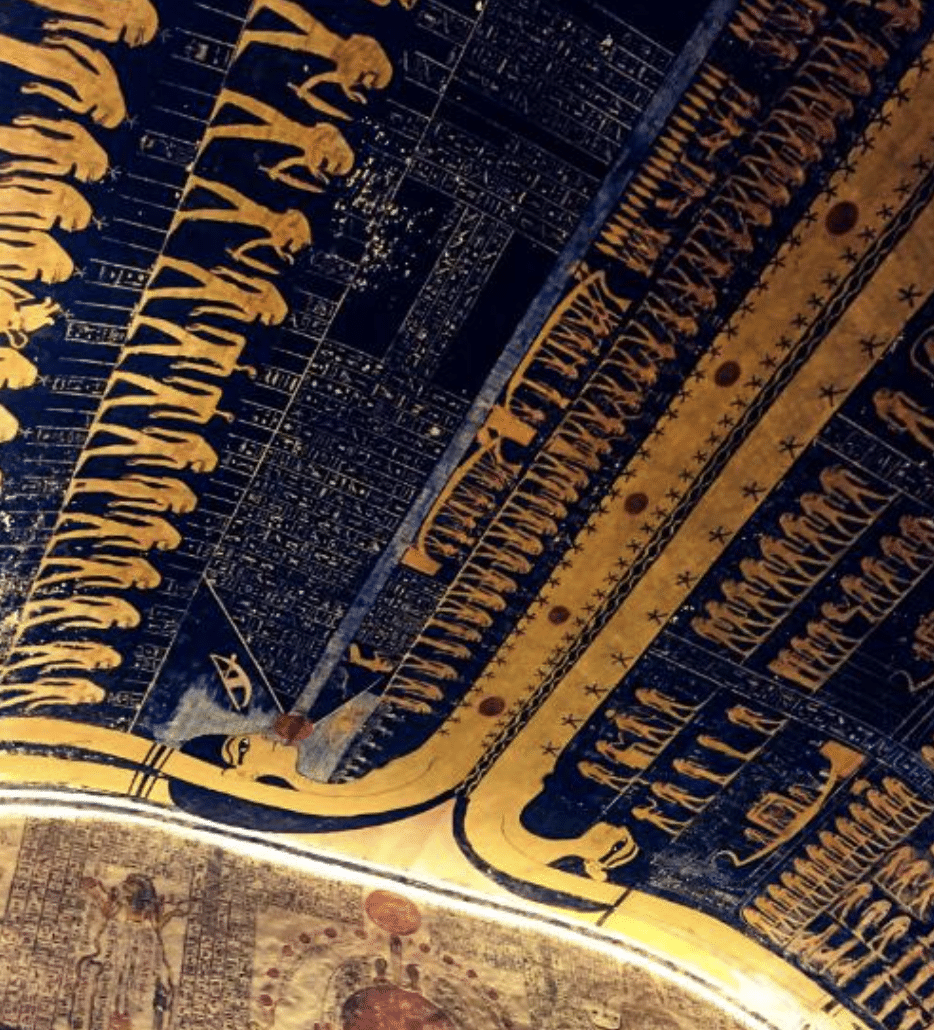 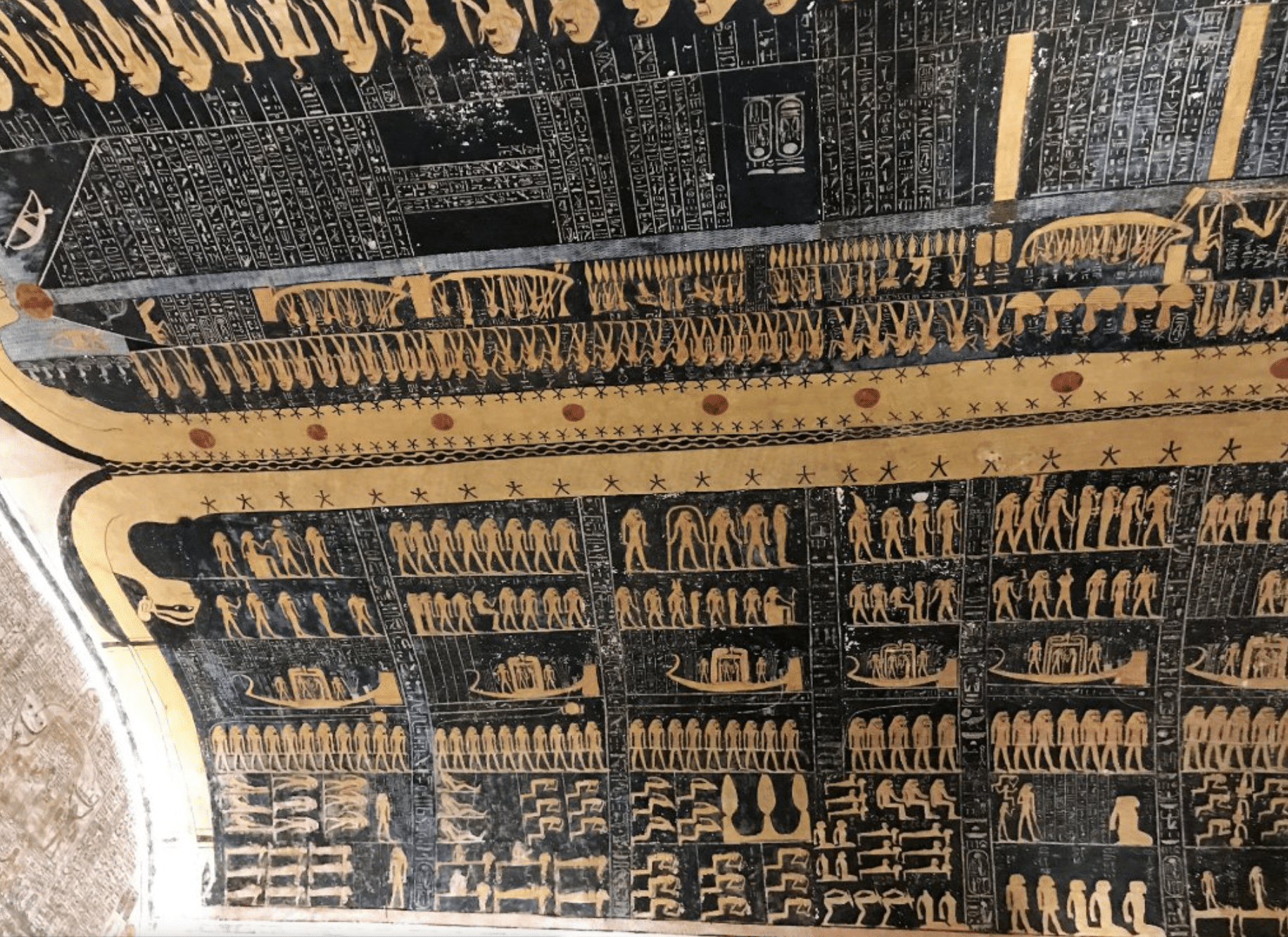 High Priest Ramsesnakht seemed to sympathise with the seepage of power away from the Royals and so he actively paid for part of Pharaoh’s Kings Valley Tomb, whilst at the same time ensuring that his son Usermarenakhte was the Steward of Amun who owned land throughout Middle Egypt which gave his family a full circle of power in Egypt.

This made them full rivals to the Crown, and they ran Thebes as the religious Capital City of Egypt. When their patriarch, Ramsesnakht died he had built himself one of the grandest and largest Mortuary Complexes that was ever seen in the Theban Necropolis.

Pharaoh Ramses VI and was interred in the now emptied Tomb, KV9, but he was soon the victim of Tomb Raiders so perhaps usurping his nephews Tomb was not the wise ploy he intended it to be.