Wooden Funerary Boats or Barge were at first used to carry Pharaoh, and perhaps high-ranking members of his family, after death to their Mortuary Complex. Why only the Royals? Due to the expense needed to purchase the required wood which does not grow readily in Egypt but was often bought in from Lebanon.

Stunning examples of the Royal use of these Funerary Boats or Barges have been found at Giza where the Great Channel of Memphis tributary of the Nile River was designed to lead to the Harbour Areas which then served Pharaoh’s Mortuary Complex for the three main Pharaohs buried there.

When the Pharaoh’s changed their Funerary routine from one of a great visual display to a more hidden and secretive affair in the Valley of the Kings and Queens, then these Boats were used figuratively in a miniaturised form, and these are many of the examples that we have back with us today. 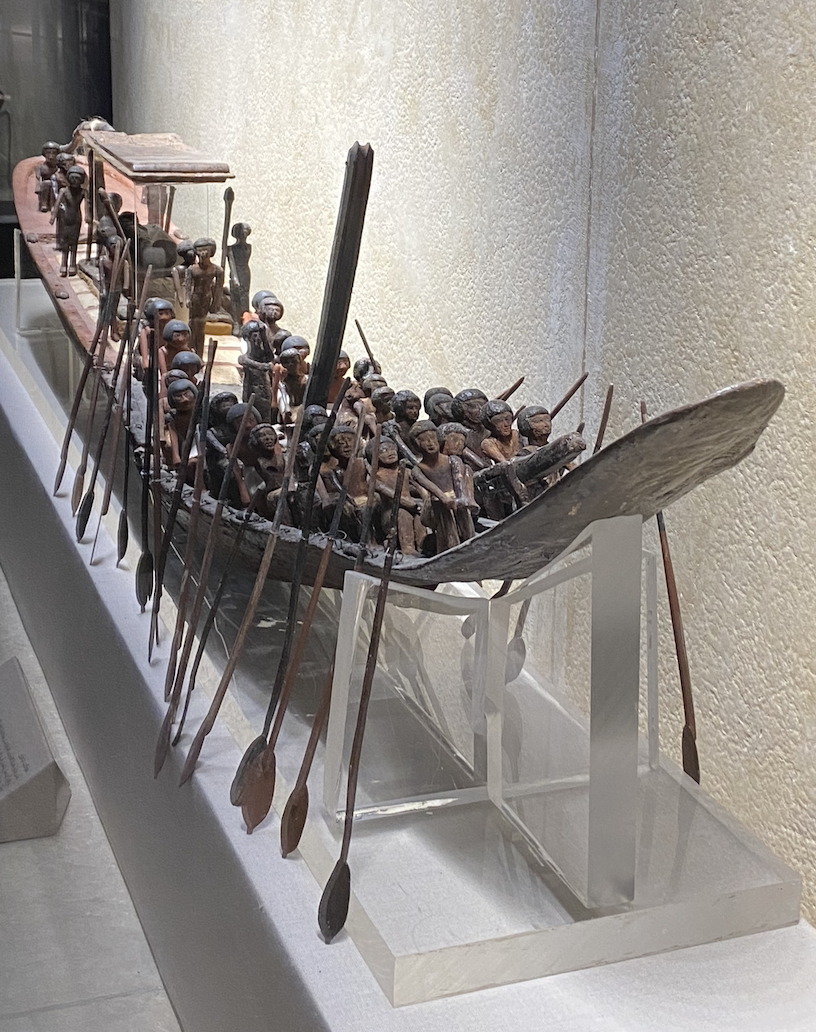 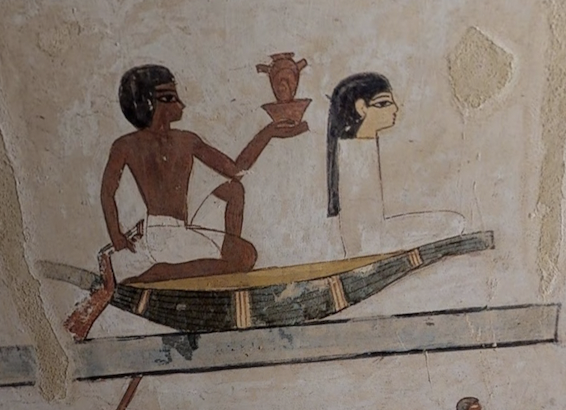